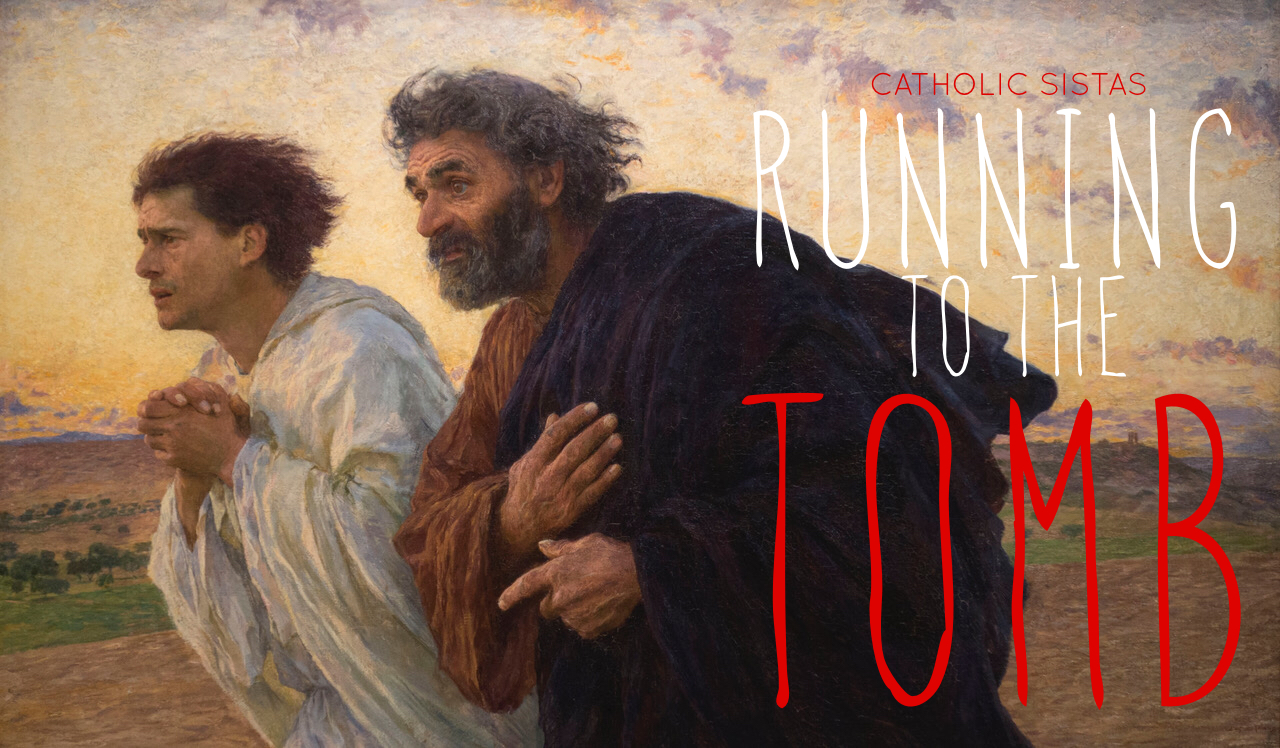 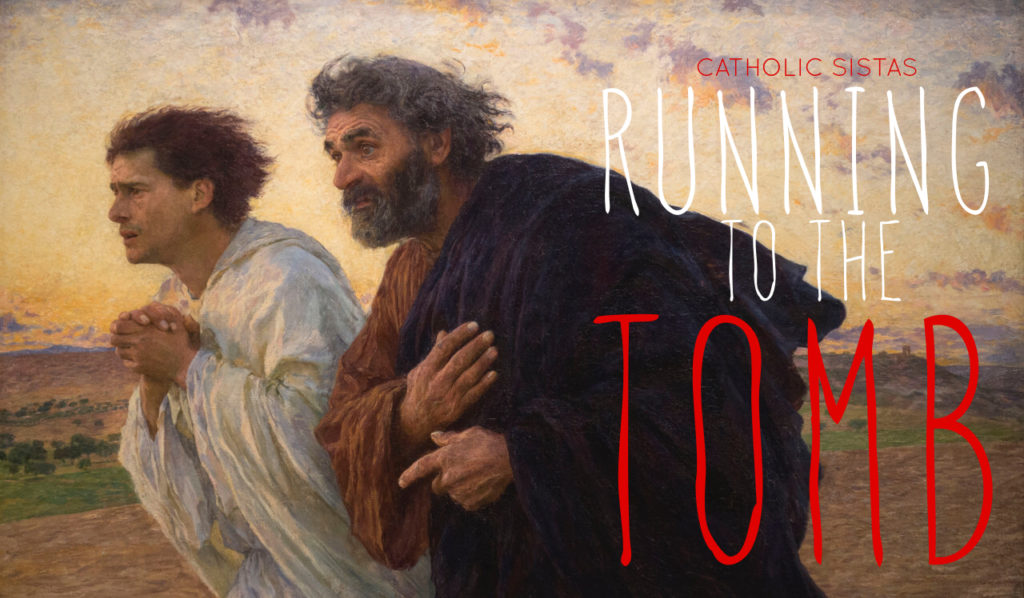 Early on the first day of the week, while it was still dark, Mary Magdalene went to the tomb and saw that the stone had been removed from the entrance. So she came running to Simon Peter and the other disciple, the one Jesus loved, and said, “They have taken the Lord out of the tomb, and we don’t know where they have put him!”

So Peter and the other disciple started for the tomb.  Both were running, but the other disciple outran Peter and reached the tomb first. He bent over and looked in at the strips of linen lying there but did not go in. Then Simon Peter came along behind him and went straight into the tomb. He saw the strips of linen lying there, as well as the cloth that had been wrapped around Jesus’ head. The cloth was still lying in its place, separate from the linen. Finally the other disciple, who had reached the tomb first, also went inside. He saw and believed. (They still did not understand from Scripture that Jesus had to rise from the dead.)

I’m not sure which came first, my love for the beautiful painting by Swiss artist Eugene Burnand, or my love for this particular scene from the resurrection. Both resonate deeply with me. The exhilarating celebration of Easter each year brings me back to meditating upon them as a complementary pair.

Several years ago I was able to see Burnand’s most famous work in person in the Musee D’Orsay in Paris.  The piece is absolutely astonishing and it took my breath away to see it up close.  I stood taking in the wondrousness of the scene and studying the master artist’s brush strokes for an extensive amount of time.  The soft colors of the painting’s setting suggest an early spring morning, close to dawn.  The disciples appear breathless with anxiety and exertion as the movement of the piece indicates they are indeed running. John’s hands are clasped tightly together in a posture of fretful prayer.  Anticipation fills his face.  Peter’s brow is furrowed with worry and his eyes are open wide in suspense.  One wonders what thoughts were running through their distressed minds. Were the two men panicked at Mary Magdalene’s suggestion Jesus’ body had been unexpectedly moved or even worse, possibly stolen? Or was it fretful hope in the Master’s puzzling teachings which filled their souls?

What we do know from Sacred Scripture is that when they did arrive at the tomb—first John and then Peter—they saw and believed. Believed in the Resurrection which they had not understood until they saw the empty linens lying in the tomb. According to Bible commentaries, the author mentions the linens as proof Jesus’ body had not been stolen by grave robbers. They likely would not have stopped to unwrap the body or would have left the cloths and the tomb in disarray.  Another curious and important aspect much commented upon is the way in which the linens were lying flat, or deflated in appearance, as if His body had just disappeared from beneath or passed right through them.

Can you even imagine the thrill they must have felt as they began to understand all He had taught them, what had happened within the tomb, and what it would all mean?

We have just recently arrived at the empty tomb. What a marvelous promise He has given us—that we who believe shall not die, but should have eternal life; yes, eternal bliss with the Triune God and all His saints and angels in heaven. This is the root reason I love these first few verses of chapter 20 in Saint John’s gospel and the awe-inspiring painting by Burnand. It is the Eternal Hope and Truth of the Resurrection they both represent.