Not long ago, I was mentally exhausted in the wake of a devastating family crisis.  Though I cannot say I felt abandoned by God, I was intensely angry at the injustices in our world.  I wanted to know why—WHY—God allows evil to exist?  I felt defeated and helpless.  I could not see a way to bring hope to my situation.  In this state of mind, I looked to running as a time to de-stress, pray, and think.

In the north, running outdoors at this time of year often means running in the darkness.   I’ve been going out into the chilly dark for a few weeks now; it simply requires a headlamp to illuminate the ground directly ahead.  I have found that running outside through the darkness is profoundly peaceful.  Running, for me, is always a solitary venture, but in the dark I am truly alone, with no visual distractions to preoccupy my mind or provide passing interest.  My thoughts turn inward…and upward.

The morning after our crisis, however, I found it difficult to settle into the run.  In addition to being mentally agitated, my senses felt “off”.  My vision seemed blurry, and I kept noticing strange things in my peripheral view.  Several times I found myself turning suddenly to peer into the darkness at…nothing.  The night seemed to be closing in on me from all sides, and I felt as if I were in a small, black, velvet box.

After a while, it dawned on me that I was in the middle of a thick fog.  I couldn’t see it at all, but apparently it exerted itself on my senses.  Now and then it obscured my view of the road immediately before me so that I felt my vision was blurred.  I was able to see faintest wisps of mist from the corners of my eyes, creating the sense that something was out there, just beyond the reach of my light.

All these things were bearable, if unsettling.  But then I began to realize that other things were strange.  My perception of distance was altered.  Going up one long hill, it felt quite literally as though the road must have been lengthened into a never-ending incline.  Though I knew I must reach the top eventually, I could not shake the feeling that I had been working my way upward for far too long.  After repeatedly slowing and criss-crossing the road in an attempt to get my bearings, I at last I reached the end of the hill and turned into the half-mile stretch toward home.

It was the longest half-mile of my life.  I now understand how a sensory deprivation chamber can cause hallucinations: I was unable to determine where I was on the road and whether I had passed my driveway or not.  In the faint light of my lamp, I saw a reflector.  Surely that must be home?  No, it was only a marker on the edge of a field.  But what field—the one on this side of my house…or the one farther on?  I stopped, ran back a way, stopped again to think, and ran back the way I had come.  Finally I saw a larger reflective sign ahead.  I stopped once more.  Was it the sign on my mailbox, or the road sign on the gravel lane that lies beyond my home?  Even though the answer should have been obvious to me, I was very conflicted and had a difficult time deciding whether I should go on or turn back.  In the end I decided to proceed, and as I got closer was relieved to find my own driveway at last.

My run wasn’t over, but for this day, I called it quits.  The stressful confusion in the fog had put me over the top.  The run had given me no relief—except in this:  running in the darkness, unable to see anything before or behind, unable to know where I was, reminded me vividly of a dream that a friend once shared with me, one that had struck me as quite profound.

In the dream, my friend was with a group of people who were being pursued by a dangerous enemy.  There was a great sense of urgency; their attackers would be upon them.  They came to a large warehouse and went inside.  It was completely dark.  They had no idea how to proceed and were fearful that there were further terrors awaiting them just ahead.  My friend suddenly knew that she must take a step.  She heard a voice within saying, “Trust.”  She stepped blindly into the void of the warehouse and as she stepped, a paving stone lit up directly under her foot.  She took another step and the same thing happened.  She called to the group to follow after her and they made their way across the warehouse to safety.  Their path was never illuminated beyond the step immediately before them.  They could never see where they were headed.  They progressed only step-by-step as the way was revealed.

It was like me, in the dark.  All I knew was the tiny circle of light, of which I was the center.  Beyond me stretched miles of darkness.  Wasn’t this the same place I found myself in life?  I was surrounded in darkness there, too—the darkness of evil and sin.  My little light—my faith—was so tiny, so unable to penetrate that darkness, and I was so lost.  The thing I wanted most of all was to go home, to my Heavenly home.  I wanted to see the way, to be able to have a sure path on which to walk—not the confusion and fear that I couldn’t seem to rise above.  I wanted to see, to know, to understand, so that I could be reassured of God’s love and guidance even in the midst of my trial.  But all I had was darkness.

Being on the road, in the dark, and remembering the dream helped me see afresh what I already knew: right now “we see through a glass, darkly; but then face to face: now I know in part; but then shall I know even as also I am known.” (I Cor 13:12)  I don’t see, I don’t understand the situation I find myself in.  But God does.  And above all, He knows me, even better than I know myself.  He knows my pain and grief.   His sadness is greater than I can imagine, and He weeps more tears than I.  I am not alone in the dark.

This “epiphany” has not taken away my heartache, eliminated the tight feeling in my chest and throat, or lifted the crushing sadness that wakes me in the middle of the night.  It hasn’t “made it all better”.  But it has made it more bearable to be reminded that in the darkest night, God is there.  He has a plan, even if in this present darkness I cannot fathom what it is.

My Jesus, I trust in you! 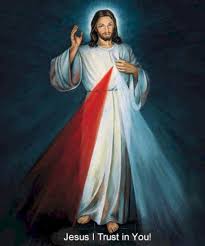 2 Replies to “Running in the Dark”