I felt called to write this post because lately I’ve been having one conversation with people more & more, and I finally decided that the Holy Spirit was calling me to write about this very topic. Before I begin, let me set the stage. I’ve shared with you my Infertility history, and the fact that my husband and I are currently living childless. We’ve been in the starting gate for adoption several times over the past year and something always seems to happen to derail our efforts and we’re currently discerning whether or not we’ll adopt at all, but that’s not what this post is about.

Lately I find myself engaged in the conversation about Assistive Reproductive Technology more & more. I wrote about In-Vitro Fertilization during Respect Life month last October, so I won’t recreate that post. I have several friends who have used IVF and have beautiful miracles as a result. Some of them I have encouraged them to think the process through a little more, but often I have taken the stance that they are allowed to make their own determinations about whether their decision is moral and just. I don’t like to interfere in my friends’ lives. I just don’t. If they come to me and ask for advice I will give it to them, but I don’t give it in an unsolicited manner.

What people will often say to me (or other people who say that they don’t agree with the morality behind IVF) is “but what about ____” and then they proceed to tell a story designed to tug at the heart strings and to try to get me to tell them “well, in that case, IVF is perfectly reasonable.”

But the thing is that the Catholic Church teaches us that it’s not.

There is no situation where IVF is considered to be a moral treatment for infertility.

“But what about someone who’s born with a condition in which she has ovaries and no uterus? Isn’t it moral for she & her husband to do IVF and use a gestational surrogate so that they can have their own child?”

Let me tell you that this next part was exceptionally hard for me to wrap my head around, and this is the part that’s going to ruffle some feathers. I first read this part of the Catechism four years ago and I was angry when I read it. Ironically I was sitting at church, waiting for a meeting to start, and I was so angered by the “arrogant, pompous and condemning words” behind the statement (my opinion at the time) that I almost got up and walked out using an excuse that I was about to be sick. (Hey, if I can’t be honest here about my faith journey where can I be honest?)

Every child is a gift, not a piece of property. He/she is not owed to anyone. No one has “a right to a child.” Only the child has genuine rights. The child must be “the fruit of a specific act of the conjugal love of his parents” and to “be respected as a person from the first moment of conception” (Catechism of the Catholic Church, 2378) 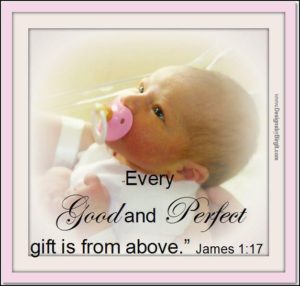 The last four years I’ve reflected on the statement many times, and last year I finally came to understand what it meant. (What can I say? I’m a slow learner.)

Children are not a right. Children are a gift from God above, entrusted to families to raise and help grow in faith until He calls them home.

People will tell you “but it’s not fair that a couple can’t have biological children.”

My mom said it back when I was four, “Life isn’t fair. Get used to it.”

The fact of the matter is that some couples cannot have biological children, and that’s an awful realization to wrap your head around, but there are two moral choices for those couples: adoption or to live life as a childless couple and assist the children who are around them (nieces, nephews, god children, neighbors, friends) at growing in faith.

But you see? That’s just it. It’s not about my wants and likes and needs. It’s about God’s plan for my life. God is bigger than infertility. He is bigger than any problem, any challenge placed before Him. God has worked miracles and there’s nothing that says that He can’t again. If God is calling me to motherhood He will guide me towards that opportunity (biological or adoption).

A friend at my former parish once told me “God never tells us no. He tells us yes, not right now, or I’ve got a better idea.”

There have been days that I’ve clung to that notion with everything that I’ve had.

For you see, accepting the path that God has chosen for me has not been easy. I don’t know why God has chosen me to have seven angels in heaven and none on earth. But I do know that my life has taken twists & turns that I never could have imagined it would when we started this journey. My life is not lacking in gifts because I don’t have children. I have a very rich and fulfilling life. I just happen to have an empty bedroom in my house.

But through the Divine Mercy of Christ I have learned to say “Jesus, I trust in you.” 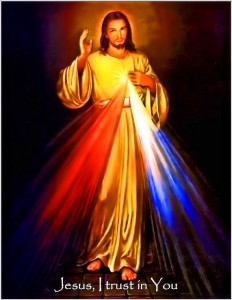 « I’m So Pleased to Have Been Wrong – Cardinal Dolan’s BenedictionSplendid Sundays – September 9, 2012 »