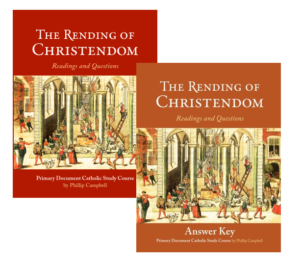 Seven Reasons to Use “The Rending Of Christendom Sourcebook”

The Rending of Christendom Sourcebook, written by Phillip Campbell, is a primary document Catholic study course and is very different from the typical textbook that one finds on the bookstore shelves these days. There was a time when one studied history – only original documents were used. In fact, until the Positivist period we only had the original documents or, as they are sometimes called, ‘primary sources’ available for instruction in history. I will attempt in this quick take seven to show why the use of textbooks, when studying history, is not always a good thing; why the use of primary sources is; and thus, why one should consider the addition of “The Rending of Christendom Sourcebook” to your home library as a great resource or as a homestudy course for your high school student.

Quick Take One: The force behind the evolution of textbooks.

Textbooks, as we know them today, are the direct “gift” of the Positivist movement. In brief, the Positivist movement was the belief that “the entire scope of human phenomenon could be accounted for according to rules of empirical science and thus “experts” in various fields sought to find scientific methods for directing their respective fields of study.” (Phillip Campbell) This thought process lead to the development of objective standards of precision in various fields of study and this was a good thing for some subjects of study. This in turn led to the compilation of data into one compendious book which worked well for areas such as mathematics and the sciences. The one area of learning that suffered from this development (rather than improved) was the study of history.

Quick Take Two: Why is Positivism bad for the study of history?

There is more than one reason why the Positivist movement was bad for the study of history. Most importantly, as I have foreshadowed, the Positivists wanted study (of any subject) to be regulated through rules of empirical science. Yet due to the very nature of humanity – history will not adhere to this rule. Phillip Campbell does a very good job explaining this so I will simply quote him here:

“Positivism seeks to find universally applicable laws in all things: history since it concerns human beings with free will, deals only with particular people and events. But there really are no universals in history. . . .  As such we cannot force these [historical] events to yield to precise scientific methodologies. To be sure if we studied enough battles we will find certain similarities . . .  that are all generally true but they fall far short of scientific precision. At best they are ‘rules of thumb’ and no sooner do we state them than a military historian can think of ten exceptions to each.” Yet, despite the fact that history could not bend to this theory of study the attempt was still made to do so leading to the development of the historical textbook or as Campbell points out “Rather than study history from primary sources, historical “data” was compiled by the historian into a compendious textbook.” (p ii of the intro.)

Quick take three: What is the goal behind the historical textbook? 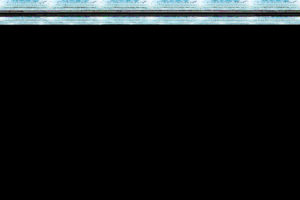 sources? To answer this I will, again, quote Phillip from his introduction to “The Rending of Christendom Sourcebook”.

“The textbook had several ostensible benefits. First, instead of reading everything a certain person of the past wrote, the textbook offered only the “relevant data” allowing the history student to get the “gist” of things without having to wade through so much material. Second the textbook allowed the historian-author to add his own glosses onto the events of history; little insights drawing connections between events, historical assessments of the successes and failures or individuals, highlighting of important innovations – in short, the textbook allowed for a veritable professional commentary on the entire history of mankind. This was held to be a great benefit to the student who was relieved of having to make these connections himself from the primary texts. Thus the regime of the textbook was supposed to bring scientific rigor and objectivity to the study of history.”

Quick Take Four: What was wrong with the goal of the textbook?

While no one will deny the usefulness of the text book in compiling historical facts along with highlighting important events etc; it does not render the recitation of these facts in an objective manner. In fact, one must understand what era the historian himself is writing in, to better understand his prejudices and choices as to what is historically important and what is not. As well, the textbook lends itself well as an “avenue for academia to do violence to the young minds by imposing the author’s particular historiographical vision on students who do not have the intellectual formation to notice it, much less resist it.” (Phillip Campbell)

Quick Take Five: Why go back to using primary documents as sources for studying history?

Phillip does a great job of explaining the benefits of the use of primary sources. He begins by pointing out that the original sources are typically biased. “Unabashedly biased.” You might well ask how that is a good thing – did we just not visit why bias in a historical textbook is bad? Campbell explains that in primary sources (letters, documents etc) the biases of the authors is clear and self evident and that this helps the student to identify subjectivity in source material which “paradoxically makes them less susceptible to biased writing”.  He explains that the sort of blatant subjectivity one finds, for example in a depiction of Rameses II as forty feet tall and the Hittites as barely coming up to his ankle, is preferable to the kind of “stealth subjectivity one finds in modern textbooks, where ‘objectivity’ is claimed while in reality hidden agendas are relentlessly pushed.”

Phillip also gives the heart breaking example of the difference of reading the date and time of Mary Queen of Scots’ execution and reading instead her gut wrenching letter that she wrote from her prison cell at 2 am, just hours before her execution. This, much more than the cold facts of a text book, will give one a taste of life as it was at that moment in time.

Or so says Phillip in his introduction to “the Rending of Christendom Sourcebook”.

“To really fall in love with history it is necessary to not only learn the facts of an era but to truly understand it. How did people talk? What sorts of things were important to them? What were their prominent cultural symbols? What sort of literature did they produce? Any thorough understanding of an era requires us to answer these questions – yet these questions cannot  be satisfactorily answered unless we “enter in” to the time of period of question.” And obviously, Phillip Campbell tells us that the best way to do so is through primary sources.

Quick Take Seven – ok, so what original sources does “The Rending of Christendom Sourcebook” cover and where do I get it? 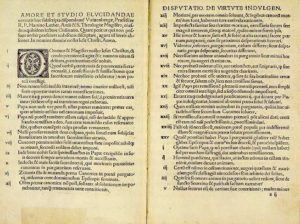 This course study by Campbell pulls together twenty-three primary sources that help us to understand how the Protestant reformation, or revolt, came about and was executed. He has included Papal Bulls, letters, theological treatises, along with polemics as original sources.  At the end of each section he has a couple of study questions – the answers to these can be found within the answer book which can be purchased separately here. He also provides at the back of his book an appendix with a suggested list of how many weeks to study these sources as well as which documents to include in each week.

Each set of documents is introduced with a rationale paragraph that is printed in italics to set it apart from the actual sources being studied in that section. Within the introduction there is a section on how to best use this book. This book was originally written to be used in conjunction with his online course, the Rending of Christendom (available through subscription to Homeschool Connections which was reviewed last year here.)

While the book was written to compliment his recorded online course, Rending of Christendom, there is enough material included in the study that this book could be used as the core material for a semester long course on the Protestant revolt and it is presupposed that the person directing such a course would be well versed in the history of this time period. Regardless of how you use it, Phillip has provided an answer key to provide answers to the study questions that are found in the sourcebook.  (You can go here to read more about these online recorded classes that are available through a monthly subscription.)

I, myself, am lacking in this area of history but I have still enjoyed reading Campbell’s sourcebook and I have found 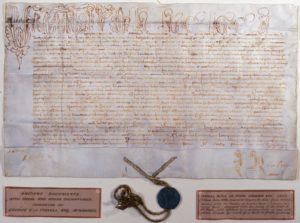 myself asking questions such as what was King Phillip the Fair’s response to the Papal bull of 1296 by Pope Boniface VIII? This causes me to believe that the use of this book would make for a great family project – reading these original sources and exploring further these naturally occurring questions.

Or you might have a student that is mature enough to engage in separate studies on his own while using this source guide for the core reading materials about the Revolt.  However if, like myself, you lack the knowledge of this time period to lead such a study – then I would seriously consider subscribing to the online course from Homeschool Connections. Having used more than one of their courses (several of which were Phillip’s engaging classes) with my teen aged homeschool students I can, without hesitation, advocate the use of their courses as well as ‘The Rending of Christendom Sourcebook’ by Phillip Campbell.  (At the time of this post the sourcebook and the answer key are on sale here.)

Be sure to check out This Ain’t the Lyceum and the rest of the Quick Take Seven posts featured this week. See you next month when I’ll be taking a different direction with my quick takes and will hopefully have a beautiful bouquet for you to enjoy! 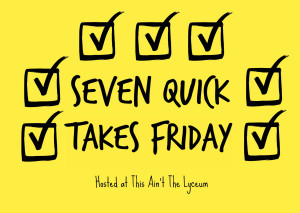