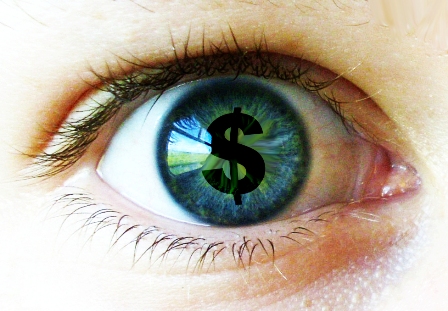 Recently making the rounds on all social media outlets via YouTube is this weirdly fascinating video of a dad’s response to his daughter’s disrespectful tantrum thrown via her status update. She took advantage of FB’s blocking feature and blocked family from reading the update that was clearly written to them. By sheer accident, the dad found the update that wasn’t meant for his eyes and came up with his own video response to his daughter, her friends and their parents to show them what happens when you mess with the bull. ::warning – there is foul language::

Let me back up a bit. My husband started playing this video on his phone and we watched it by ourselves Saturday morning. I freely admit I laughed through most of the video. First, I have a daughter who is precisely the age he is addressing in the video {15, going on 16}; second, I was firmly convinced this was not only recorded in Texas, but more than likely East Texas where I grew up. Then I found out I was wrong. He’s not. But I still like the “good old boy” perspective. His accent, while not as drawn out as a proud Texas accent would be, transported me back to my childhood and I could completely relate to his firm parenting choices. Third, he appears to be pretty close to my age. I think this gives me a vantage point that is similar to his…except I’m a chica.

The point of this post? Well, it’s definitely not to harshly judge his parenting, as many have come to do. What I want to do is offer some of my own observations and maybe an explanation as to why I laughed, why I agreed and where we part ways on parenting styles. My post is a collection of thoughts based on the video as well as the followup statement the dad made – you can read here to see where I’m coming from.

Why did I laugh? Well, the video is just AWESOME if you are or grew up in an extremely red neck part of Texas…which, is probably most of Texas, but notably East Texas where the accent is about double the rest of Texas. I laughed because most of his reaction was pretty similar to what I would do.

My observations? Drama teen gives a soapbox statement that wildly dramatizes the extent of her chores – while he read her update, I thought to myself, um, yeah, my teenager would do EXACTLY the same thing by turning a one room chore into the WHOLE house, complete with a fainting couch for dramatic exit. I remember telling my husband, watch, he’ll set the record straight with what her actual chore list is and sure enough! He did! The chore list was pretty decent, in my opinion, but then, I am probably a LOT more strict than he is. I’ll get to that. Stay tuned.

Why I might be more strict when it comes to the expensive stuff. My kids don’t outright own certain electronics in our house and the ones they do own outright {gifted or paid for themselves} still come with consequences of loss of use of said electronic device. The idea that a teenager in my house would own her own laptop {i.e. free to roam around the house online unsupervised} or cell phone or any other device is where I am a proud mean momma. They have access to these devices, but do not outright own them. So the idea of putting a bullet through what is essentially a family laptop makes my eyes fill with dollar signs.

What did you think of the video and the dad’s subsequent followup response?

2 Replies to “Putting a bullet through your kid’s laptop”