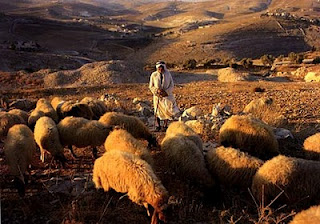 The Diocese of Arlington, Virgina recently announced that, as part of the world wide celebration of a Year of Faith within the Church, they would be requiring a Profession of Faith for all catechists and teachers of the Faith.

It’s hard to imagine that something like this should even be necessary. Why would anyone want to TEACH or be in a role of AUTHORITY in a faith that they didn’t wholly believe to be true? Yet, this new requirement is already causing some to be upset.

We all know there are plenty of Catholics who struggle with Church teachings. There is nothing wrong with having difficulty understanding or following what is right in every way. We are all sinners who fail miserably to live up to our aspirations of holiness and morality. But therein lies the crux of the issue.

How do we know what holiness and morality are?

Isn’t this why we turn to the Church in the first place? We put our trust in those who teach the faith to be a model and an example, to help shepherd and guide others along the way of our faith. If the catechists who teach us the Faith are not following the same moral compass as the Church, confusion arises and souls are not properly formed.

I’ve witnessed a former Director of Religious education write public letters to the editor of the local paper about her personal frustrations over the Church’s teachings on the male priesthood and contraception. I have known Extraordinary Ministers of Holy Communion to rant and rave against the Church’s pro-life teachings and stance on Holy Matrimony. It’s mind-boggling that these things can even happen! How are people who are so torn about the teachings of the Faith even drawn into positions of authority and leadership in the very institution that they, themselves, have publicly questioned and condemned?

My mind twists and contorts to understand their motivations. Our faith and the morals of the Church are not enacted by some sort of democratic vote, as if the Bishops of the Church even have the ecclesiastical authority over these sorts of issues! It’s almost humorous to watch the fruitless ranting.

From an article in The Washington Post:
Arlington’s Diocesan spokesman Michael Donohue said, “I can’t imagine there are many [teachers] who have issues with the Church’s teachings on faith and morals,” Donohue said. Asked about polls showing that the majority of American Catholics use artificial contraception, forbidden by Church doctrine, he said he “found it hard to believe” that anyone who had concluded that a Church teaching was wrong would want to teach it.

It IS hard to believe. But evidence proves otherwise.

So I find it extremely comforting to see a diocese make this a requirement, despite how shocking its necessity even seems. I hope this becomes standard practice for other dioceses, so that we can rest knowing and trusting that those who shepherd and guide others through the Faith are themselves adhering to those same beliefs. Without this foundation we would be a community of hypocrites.

Yesterday’s First Reading (Jeremiah 23:1-6) may be all too timely…

“Woe to the shepherds who mislead and scatter the flock of my pasture, says the LORD. Therefore, thus says the LORD, the God of Israel, against the shepherds who shepherd my people: You have scattered my sheep and driven them away. You have not cared for them, but I will take care to punish your evil deeds. I myself will gather the remnant of my flock
from all the lands to which I have driven them and bring them back to their meadow; there they shall increase and multiply. I will appoint shepherds for them who will shepherd them so that they need no longer fear and tremble; and none shall be missing, says the LORD.” 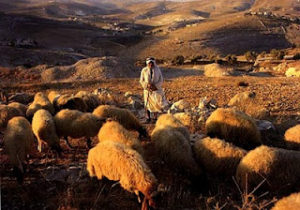