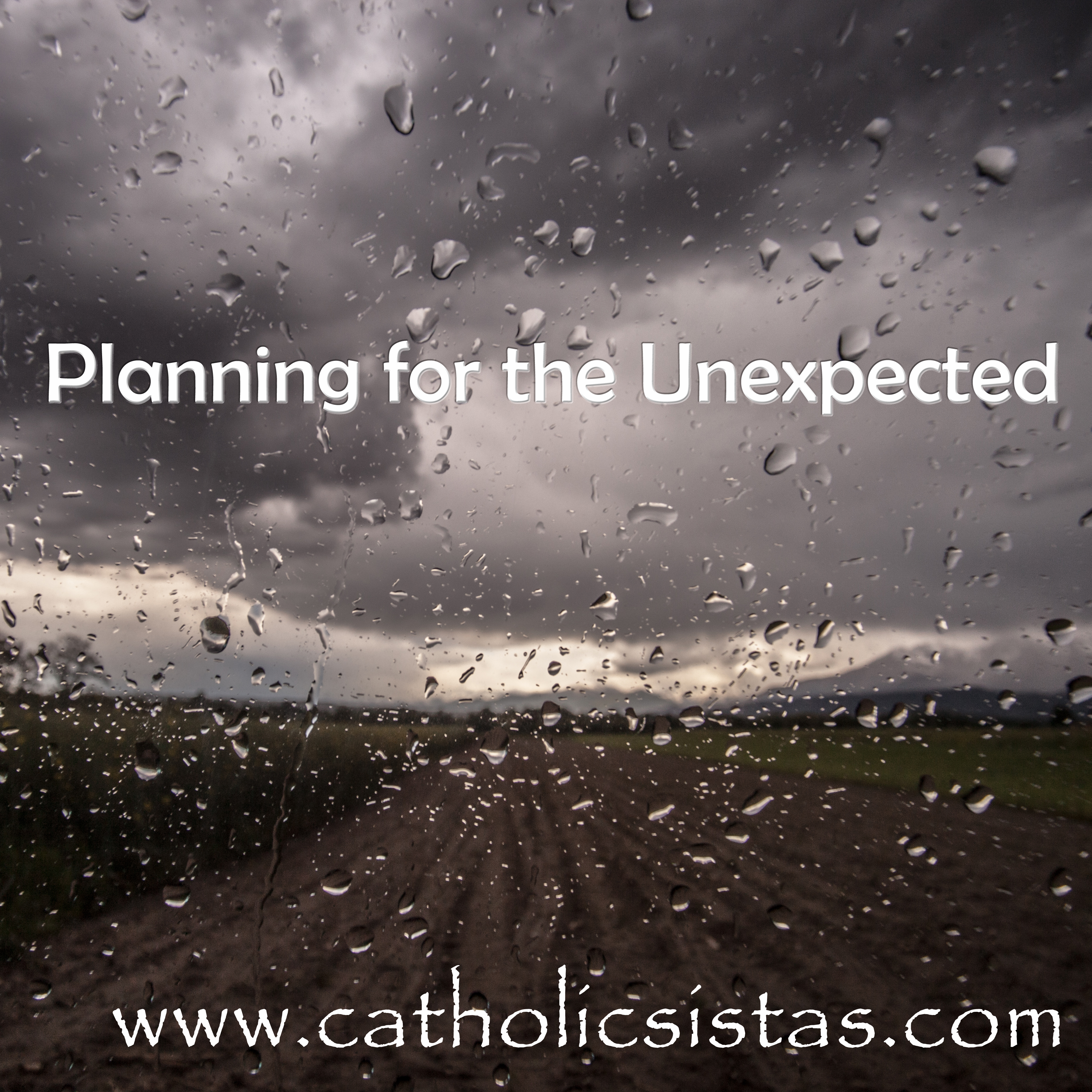 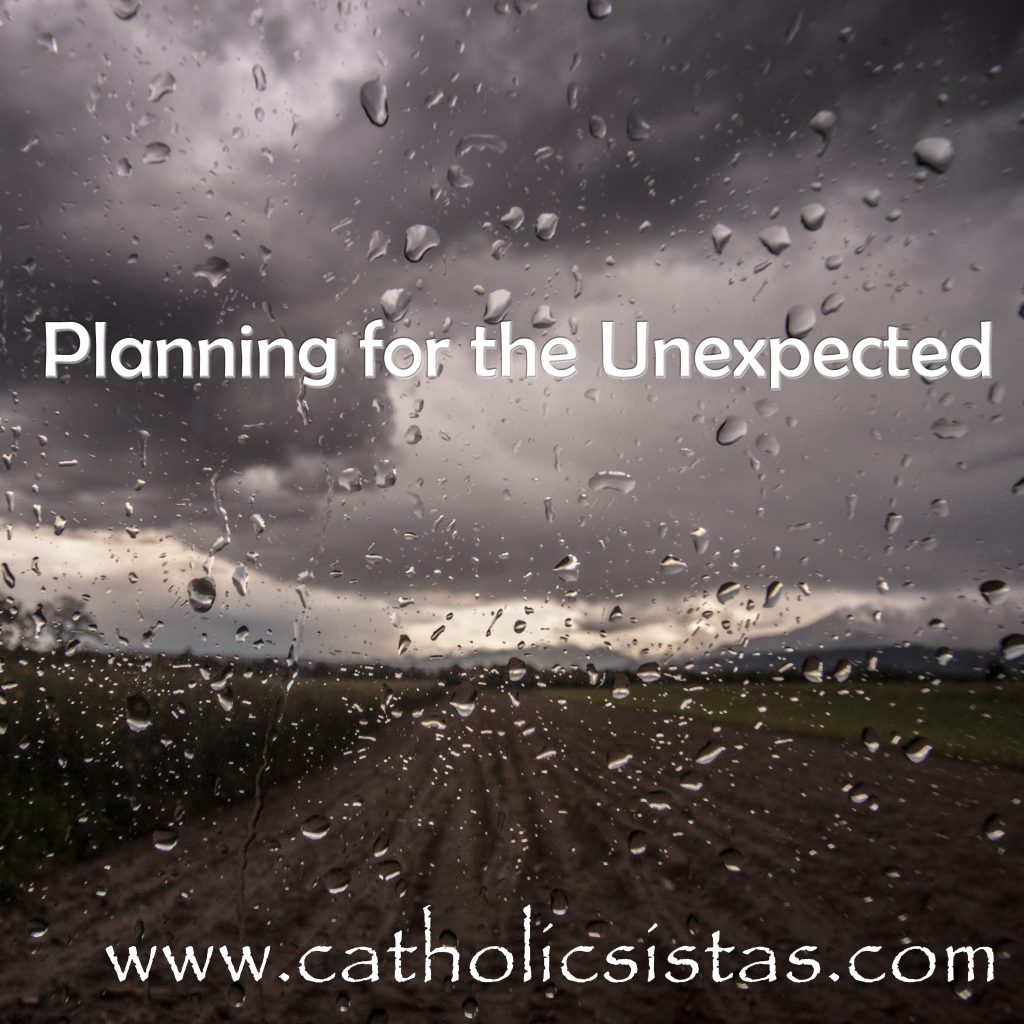 “Jesus replied, ‘No one who puts a hand to the plow and looks back is fit for service in the kingdom of God.’” -Luke 9:62

As we enter the second week of 2017, I am finding I’m having trouble getting myself into the present.  I’m stuck looking back at 2016.  It was a year of medical problems for our family.  We had four different people in the hospital, two surgeries, two broken bones (different children).  It was a year full of physical therapy for our oldest as he tried to recover, then prepare for surgery, then heal from surgery, and recover once more.  And it was also a year of great joy as we welcomed our youngest in May.
Two of the hospitalizations were planned (the birth of our daughter).  One of the two surgeries was scheduled months ahead, and we were well-prepared to deal with the recovery process it involved (our son’s surgery).  The other surgery seemed to come out of nowhere.  My husband became sick, was admitted, and had surgery within 48 hours.  It was a whirlwind.
The preparation for the first surgery didn’t make it less scary than the second.  One way wasn’t better than the other, in my opinion.  We called on faith and prayers in both situations.  I can’t say I felt God’s presence more in one surgery than the other.  He was there in both, in the people helping us with our other children and in the peace that only He can give in our hearts.
Four years ago, my husband lost his mom the day after Thanksgiving.  She had been in the hospital for over a month and had been sick for many years.  When she passed away, he was at her side.  It was sad, and we miss her.  However, we felt she was at peace.
Six weeks later, on the feast of the Epiphany, we returned home from church to a phone call from a local police department.  They had been called to do a well-check on my husband’s aunt.  She had died suddenly overnight.  His mom and aunt were twins, but his aunt seemed to be in much better health.  We didn’t expect that phone call at all, and the grieving process was much different.
As 2016 drew to a close, we lost our two furry pets.  Our cat was 18, and we were seeing signs of decline, so we tried to prepare ourselves.  Then, Christmas night our younger dog started acting sick.  By the middle of the night, we were aware that it was serious.  We started to get dressed to take him to the emergency vet, but he died before we left the house.  We were devastated.  Less than a week later, our cat passed away. 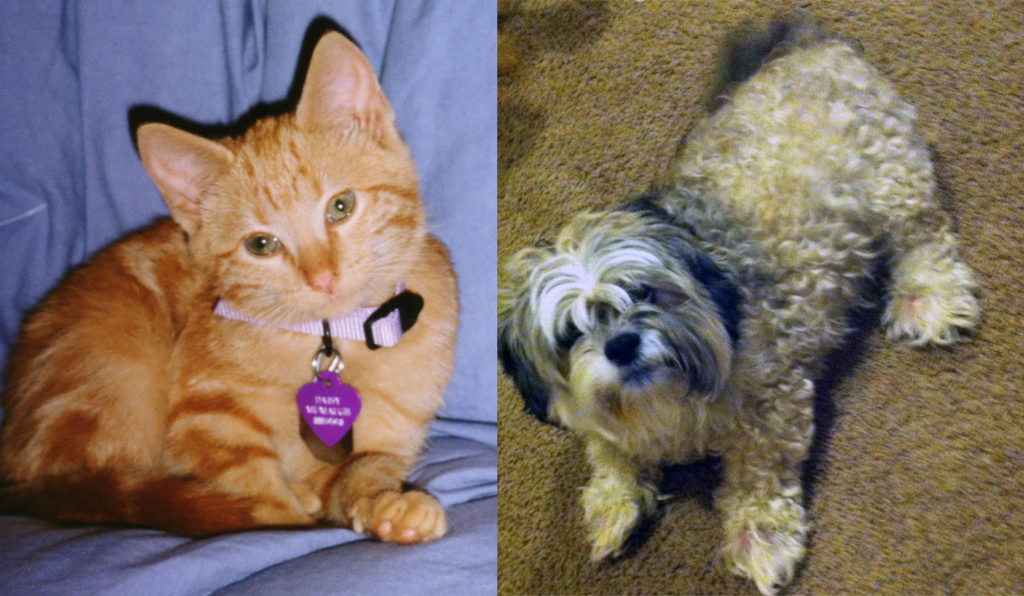 In each of these situations, there was a planned and an unexpected.  Looking back at each, preparing and planning helped, but no amount of control would make it easier.
The more life throws at me, the more I try to control my circumstances.  I need to do x, y, and z by a certain time in order to consider the day “successful.”  Pulling in tighter, circling the wagons, so to speak, doesn’t help build trust, increase faith.  Knowing my son was going to have surgery and six extra months of physical therapy didn’t guarantee he would be ok.  He is still relearning how to run, waiting to be able to jump, only halfway through his therapy time.  My husband’s surgery happened before I could worry about it or try to control the outcome.  He needed surgery and needed it now.  It wasn’t a time for debate.  It was in God’s hands from the beginning.
Losing our pets so close together brought back a lot of the time when we lost my husband’s mom and aunt so close together and also at the holidays.  I feel like I’m getting somewhat lost in the past, dwelling on what has happened and how it affected us.  How can we control situations better in the future?  How can we keep ourselves and those we love from being hurt?
Dwelling on the past isn’t what Jesus wants for me, for us.  He wants us to go forward, living each day for Him and in His will for our lives, striving to be with Him one day in heaven.  That day may be years from now and expected or may come suddenly.  It’s up to us to be ready for the unknown, not by guessing what could happen but by trusting in the One who knows how everything turns out and only wants the best for us.
At the beginning of 2016, the events and situations in which we found ourselves as the year unfolded had never crossed our radar.  As much as we planned and thought about the future, these things still caught us off-guard.  Yet God was still there in our midst.  He was still the Guiding Light.  We needed to stay in His shadow and let Him navigate us through the storms.  Once we let go of the helm and let Him take over, He will shelter us in the rain.

“‘For I know the plans I have for you,’ declares the LORD, ‘plans to prosper you and not to harm you, plans to give you hope and a future.’” -Jeremiah 29:11

One Reply to “Planning for the Unexpected”