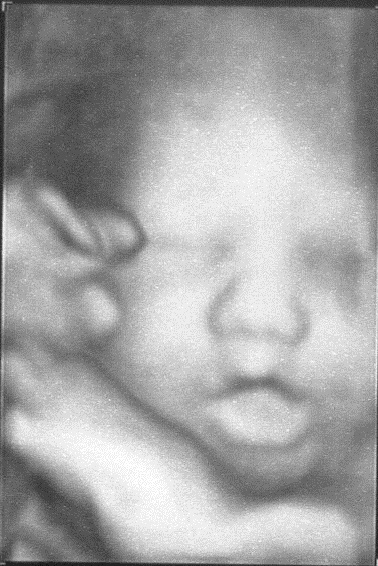 Back in November I shared with our readers that I was expecting our 11th child.  It was not an ordinary pregnancy announcement. It was filled with joy but also much fear as I had been told after my last birth that I should never become pregnant again. I had suffered a severe uterine rupture that occurred while I tried to birth my breech son.  It would take the doctors 3 hours to put my uterus back together after my emergency c-section and I would be told I was lucky I made it through the birth and surgery.  I was told that to carry another child would not only endanger my life but there was almost no chance my child would live through the pregnancy.  To be pregnant again just a mere 5 ½ months after all I had gone through was terrifying.  Still, with open hearts and a desire to follow God’s calling, we accepted the life that was now growing deep inside of me. 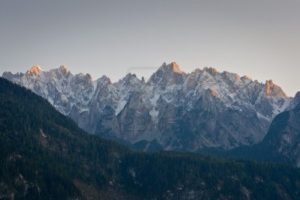 Many months have gone by since I made that announcement.  My faith has been my anchor as I waded through the ugliness that my announcement brought forth by many people who felt I was being selfish and that I shouldn’t have this baby.  It helped me through when I was discharged by my doctors as being “too high risk”.  I leaned on it as I searched for another provider only to hear “no” over and over again.  Prayer kept me afloat as I heard the rumors that were floating around about me and my family.  My heart ached as I was accused of practicing my own “brand of Catholicism”.  I found myself going to God in prayer over and over again as the mental and physical aspects of carrying such a high risk pregnancy weighed heavily on me. It felt as if we were trying to climb an endless chain of rugged mountains and as we topped one another would appear.  I felt spiritually attacked over and over again… but not once, though, have I ever doubted that choosing life for my child was the right decision to make.  There was no other decision, regardless of the cost.

During these last 8 months as I have battled the ups and downs of this journey, God has seen fit to provide me with friends who keep my eyes focused on Him and the beautiful gift of life that He has bestowed upon us.  Some of these friends are local but most are spread throughout the country.  Our close knit family here at Catholic Sistas has been there for me every single step of the way.  I can’t even begin to tell how much their love and support has meant to me.  They have made sure that for every negative remark we have received we hear 20 positive ones.  They have helped us through every single hurdle we have had to endure. They provided me with meals, with gifts, with blessings of love, prayers, and courage.  I have drawn strength from their faith and have made my way through the toughest of times because I know they are here cheering me on.  God was so gracious when He put these amazing ladies in my life!  I truly couldn’t have gotten this far without them.  They are heaven sent and God’s angels on earth.

I am 36 weeks pregnant now… further than anyone ever thought I could go in this pregnancy.  Our son is thriving and I am doing well.  I can’t say that it has been a walk in the park but I can say that it has been much easier than anyone ever imagined it could be, at least physically.  The mental and spiritual journey has been so much harder than the physical but I suppose that’s how many things in life tend to be.  I thank God for each and every day that He gives me to carry this little boy.  I have cherished every kick, every hiccup, and every contraction.  Throughout this pregnancy I have prayed that God just gives me “one more day” with my son.  I had resolved that if God called him home before I got to hold him that I would handle it.  I prayed that if God called us both home that my family would understand and would accept His decision and mine.  I prayed that in the end His will be done above all else.  When you are praying for the life of your child as well as your own that is indeed the hardest prayer to pray.   Still, even knowing the risks, I couldn’t pray for anything else.

We are scheduled to meet our son on May 1st.  We will be having a planned c-section.  I am very nervous about what is to come but I know that God is holding us in His strong hands even as we tremble in fear.  We ask for you to continue to pray for us as we complete this journey.  Our family is so very thankful for all your prayers and support so far and I can’t begin to tell you how much comfort it has brought me to know that so many people, people I don’t even know, are keeping us close to them in prayer.  Throughout my pregnancy we have also been asking for the prayers of the saints but in particular prayers from the Blesseds Zelie and Louis Martin.  If you could also ask for their prayers we would appreciate it so much!

We know that regardless of what happens on Wednesday God is in control and His plans are always better than our own.  We hope and pray that we will be holding our precious son in our arms and sharing him with the world come Wednesday night.  He is wanted, loved, and cherished so much already.  My heart aches in anticipation of holding him in my arms, kissing his cheeks, and thanking God for His amazing blessing of life.

God often has plans that are very different from our own.  This pregnancy has been one of those gifts that God surprises us with.  I pray that those who have seen us travel on this path have come to understand that we are not to turn our backs on the blessings God pours out on us.  All life is precious and miraculous.  I am so thankful that God chose me to bring this baby boy into the world.  I would choose life for him over and over again even knowing that I would lose friends, feel shunned, be spiritually attacked, and have such physical pain.  God knows my heart. God knows my soul. God knows that this little one will complete me in so many ways.  I am so very thankful for all that He has given me.