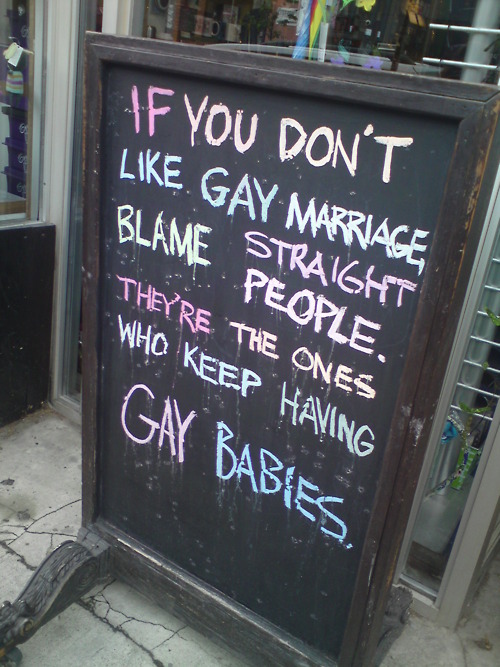 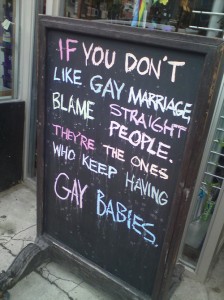 In a previous article, I detailed my ongoing struggle with same-sex attraction (SSA) as I live out my vocation as a Catholic wife and mother. From that perspective, I’d like to share what I think is an authentically loving response to what strikes fear into the hearts of most faithful Catholic parents: your son or daughter coming out as a gay man or lesbian.

As someone who knows this struggle intimately, I’ve thought a great deal about how I would respond to such an admission by my child. Obviously, I’d have a slight advantage over most Catholic mothers because I have my own SSA journey to share. But even beyond that, if my son came to me and confessed to SSA, I would:

Our first priest once said, “When people tell you they’re tempted to sin, you pull them close. Once they sin, you pull them closer.” Unless you’ve experienced it, you can’t imagine the self-loathing and shame that comes with SSA. So it’s critically important that we as Catholic parents do everything we can to assure our children who have this cross that while we can’t support them having a romantic or sexual relationship with someone of the same sex, we will always, always love them deeply as a person. Jesus loved us “even as we were sinners.” Even when we’re rotten to the core, He still adores us and pursues us. I’d want my son to know I still love his sense of humor, admire his cooking skills, and appreciate his kind soul—regardless of what else he does in his life. This message–that he is more than “gay”–is something he won’t be hearing in the gay subculture.

The single greatest thing we must do if our child struggles with SSA is keep the relationship loving and open. If we worked hard while raising our child to ensure he understands the Church’s teaching about sexuality, then more preaching will only drive a wedge between you and you’ll lose the Catholic influence you could have on his life. When our children have chosen the wrong path, we need to fight their sin with prayer and sacrifice, NOT words. A person who constantly hears he’s disordered will feel deep shame and avoid you, no matter how many times you follow it up with, “But I love you anyway!”

For as long as my son remained chaste, I’d encourage him to remain an active member of our faith. The only reason I’ve been able to maintain a loving, fruitful marriage despite SSA is because of God’s grace. There is no greater weapon in the battle for chastity—for gay or straight people—than the Eucharist and Confession.

But what if my son decided to live openly as a gay man and had a partner? How should we treat our children’s gay and lesbian partners? The answer, for me, is simple: I’d treat the partner with love and respect, too. If we were still raising his younger siblings, I’d privately ask the couple to avoid public displays of affection when around them, because it can be confusing for children. As long as they agreed to that, I’d have my son and his partner as part of all of our family gatherings. His partner would be welcome in our home, because he, too, has that inherent dignity that makes him precious to God. Like my son, he deserves to be loved and respected, too. He deserves to see what Catholicism really is, too.

For those of you who find that idea offensive, let me ask: if your daughter had a child out of wedlock and lived with the child’s father without being married, would you tell your daughter that her child’s father isn’t welcome in your home or at family events? Not likely. You’d love them both, pray for them, and hope your witness speaks to their hearts and leads them to Christ. I’m very disturbed that parents wouldn’t dream of shunning one part of a straight couple that’s living in sin think shunning their child’s gay partner is acceptable.

This isn’t to say there aren’t non-negotiables. If my son asked me to participate in events that would legitimize his relationship with his partner, such as a gay wedding ceremony or gay pride parade, the answer would be a gentle but firm, “NO.” Whether we like it or not, our presence as such events would cause scandal. People would rightly think, “Well, if the practicing Catholics are here, it can’t be all that bad!”

This is all the ideal, of course,  and not every person will accept your attempts to love the sinner but remain a committed Catholic. It seems tolerance of gays and lesbians isn’t good enough anymore…you must celebrate homosexuality or risk being vilified. My son could choose to be one of those “all or nothing” people, who can’t accept that I’m faithful to the Church. He may hold a grudge and try to sabotage our relationship or even cut me out of his life. If he insisted on promoting his choices to me (probably in a misguided attempt to get my approval), he shouldn’t be surprised if our relationship ends up strained and distant.

If he is receptive to a relationship based on mutual respect, however, he ought to know me well enough not to be surprised when I decline to attend the gay pride parade. And a loving, open relationship means he’s more likely to want me in his life even if I’m not his cheerleader. If I can accept and love him as a person, even though I disagree with his morality, why can’t he accept me and love me as a faithful Catholic, even if he thinks I’m wrong? Respect is a two-way street.

We are called to love as Jesus loves–and that means warts and all. One of the most common criticisms of Catholics is that we don’t practice the love we preach. When it comes to having a child with SSA, let your love do the preaching for you.

*By counseling, I’m NOT referring to “conversion therapy,” which is largely a Protestant construct. These programs aim to “cure” SSA through prayer and mental reconditioning. Some of them also use heavy-handed, abusive practices such as electrocution, verbal threats, and humiliation to change the person’s sexual orientation. Homosexuality is a complex pathology and not something consciously chosen by the person. Programs that propose to “pray away the gay” do great harm to souls when the person exits with his SSA intact, and not as the morally upright straight person he’s told God wants him to be. The intensified self-hatred participants feel after “failing” the program too often leads to severe depression, self-destructive behavior, and even suicide.

As a Catholic and as someone who struggles with SSA, I believe wholeheartedly that it IS a disorder, however. And because of that, I would recommend therapy with a sensitive Catholic counselor trained specifically in helping those who bear this cross. I’d recommend the same to any of my children who suffered from a psychological or spiritual disorder that threatens to lead them away from their Catholic faith.