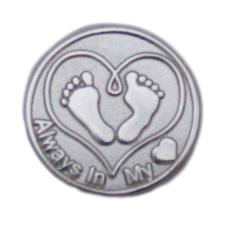 I do not live in Texas, but I am keeping up with the recent events unfolding in the Texas Legislature.  I have listened to the arguments on both sides, and the legalities of the whole situation leave me reeling.  What I can offer, however, is a very personal outlook on abortion through three different stories.  By nature, I am very maternal.  I had wonderful examples of this from my mother and my grandmothers.  So on three different occasions, individuals came to me with their experiences with abortion.

The first was a nineteen year old college student, S, who had been dating a young man for a few months and was quite smitten with him, so smitten she found herself pregnant.  She and I sat down for coffee one evening and discussed her situation.  There was absolutely no doubt what S would do: she was going to have a baby and figure out how to complete school.  Her boyfriend was supportive and they had told his parents, who also were encouraging of the decision.  She told me she would name the baby Teagan, because she just “knew it would be a girl.”  S was content with this decision, but the next step was telling her parents, which she did.  Her dad was disappointed, but said he would do whatever he needed to for his daughter.  His wife, however, was not so heartening.  She cried and told her daughter she was ruining her life and her family’s.  Her seventeen year old brother chimed in and said S was being selfish and that she had “made mom cry.”  He also added, “Just because keeping the baby is the right thing to do, doesn’t mean it is what she should do.”  This left poor S sad and conflicted.  I did not hear from her for two weeks, after which she called me at 1:00 am to say “I’m sorry.  I did it.” She and I cried together over the phone.  She mourned her baby; she mourned her lost respect for her mother.  S just could not tell her own mother “No.”  S and I went to lunch shortly afterward and I asked her to hold my little girl, while I paid for our meals.  She held her and started to cry; she said she was not worthy to hold my baby because of what she did to her own.  S went on to quit school and turn to promiscuity and drugs; she works at a gentlemen’s bar, scantily clad, because her worth now lies only in her physicality.  I told her when she was ready, I would go to Confession with her, but she does not think God will forgive her.

A couple of years later, a seventeen year old young man, R, came to tell me he got his girlfriend pregnant.  He asked me what he should do, because the girl and her mother decided to have the baby terminated.  He had absolutely no say in the matter.  He felt helpless and cried, as he divulged that his own mother had gotten pregnant with him at the same age and she chose life for him.  He had no recourse; the girl and her mother had complete control over his child’s fate.  The girl had an abortion and walked out of his life.  R has not had a serious relationship since, as he does not trust women like he used to.  He does however have a great respect for his mother.

Shortly after that, another young woman, T, came to me to tell me that she had been pregnant after a not so respectable, short-lived relationship with a man who was a bit older than her.  Her “friends” supported her as she, impulsively and without thinking, went to a clinic and had the baby aborted.  Tears streamed down my face as she told me the story, as I mourned that little baby and the circumstances that led her to react.  T told me how she told her own mother, after the fact.  Her mother mourned her grandchild and asked why she had not told her before and why she felt she could not have chosen for her baby to live.  They would have raised a baby together, she said.  They would have made it work.  Her mother cried and cried… T said she never realized how important the pregnancy would be to her own mother.  T turned to alcohol and its numbing effects to keep her from feeling too much about it, and as a result received two citations for driving under the influence.  She told me several months later that she did go to Confession, right before her sister’s wedding; it was cathartic and she finally started to heal, especially as she consoled her sister after her miscarriage months later.  There is a sadness in T that has never left her.

All three of these stories have common elements: tears, regret, fear, sadness, and mourning.  What I found interesting is the mothers’ parts in all these stories.  Mothers matter.  Our children strive to please us, and we often do not deserve how much they love us.  My part in these circumstances was to console and to tell these young people what the Truth really is.  I tried to stay strong for them, but inside I was crying and even dying a little.  I prayed for these three babies: Teagan, Lawrence, and Bryce.  I gave them names and spiritually adopted them.  I think about Teagan, particularly around the beginning of January, when she would have been born.  I offered to take this baby, but I was too late.  I continue to cry for these babies and their mothers and fathers who will never know the joy these children would have brought them.  They are safely wrapped in the Blessed Mother’s mantle, as are all our lost ones. 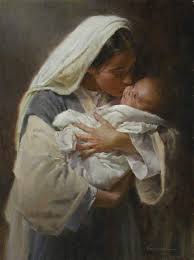 Pray for us Holy God.

We make mistakes; we wound You and ourselves.

who knew not what they did.

« We Pray from Far Away: God Bless Texas!Musings on a Roller Coaster »