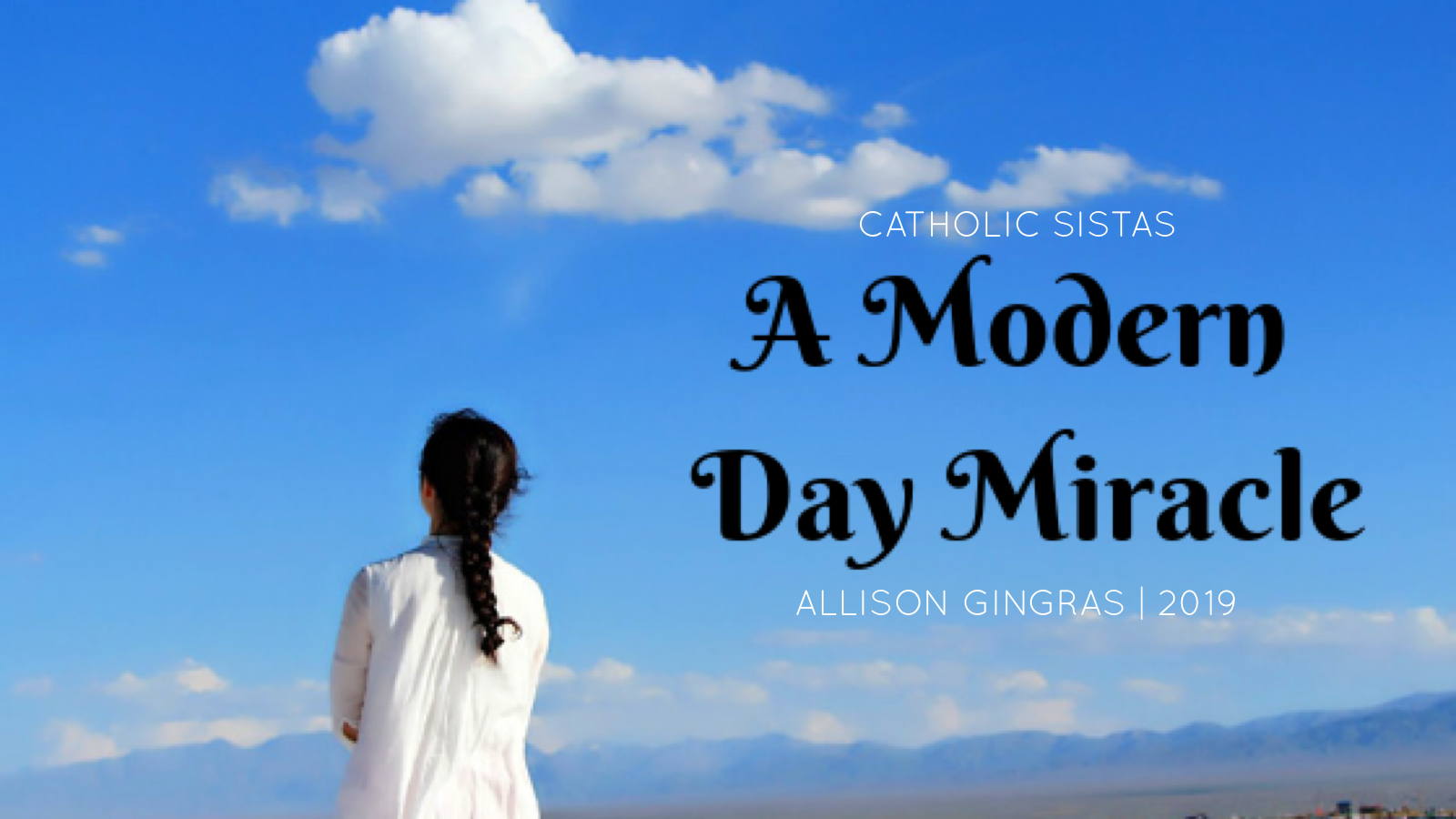 Her doctor found what is known as an S plus one curvature in her spine. Faith’s back curved looked like a slithering snake, 50 degrees, then 48 degrees, and ending with another 28-degree curve.  Faith was facing a very real (and scary) possibility of spine surgery.

Within a month of the diagnoses, Faith began wearing a Boston Brace. Weaning Faith into wearing the brace for the prescribed 18-hours a day was painful (for both her and us). My daughter (along with us at times) shed a few tears as each day the time in her brace increased to adjusted to daily life in a brace. Our hearts ached as our sweet, complacent child endured hours of discomfort and pain, yet was still unable to reach the level of comfort promised when she began the brace journey.

Despite the most valiant efforts, we were unable to get her time in brace beyond 8 to 12 hours. Desperate to reach the brace on level necessary for it to truly help her, we did what any Catholic parent might, we searched for a heavenly helper. A saint who could become her spiritual advocate and intercede in her hour of great need.

My husband did a thorough Google search and found Saint Gemma Galgani. St. Gemma, like Faithy, was an orphan.  Additionally (and quite remarkably) they both also shared a hearing loss and the spine curvature. Faithy was born profoundly deaf, while Gemma lost her hearing due to illness. The same disease that caused Gemma’s spin to curve and lead to her also sporting a back brace!   Wow! Seriously, this is one of the things about the Catholic Faith I love the most – seemingly always being able to find someone to add to our “Saint Posse” who can not only intercede for us but also empathize with our circumstances because they too experienced them.

Kevin and I began a novena to St. Gemma in hopes that Faith’s weaning-in process would go much smoother.  The first answer came just a few days into the novena. Faith’s school Physical Therapist called to tell me she’d worked at the very Orthopedic office that not only fitted Faith with her Boston Brace but is actually the office where the brace originated. She would be able to help Faith with her brace needs at school (a huge concern weighing on our hearts) adding she was so familiar with the braces she could, “put them on her sleep.”  I had to hold back tears as the flush of relief washed over me. Thank you, St. Gemma!!!

The next heavenly assist came when we returned to the Orthopedic for advice on how to help her reach the magic 18-hour number needed for the brace to be of maximum assistance. Faith saw a new technician, who made dramatic changes to her brace, and within a week, Faith was at 18-plus hours. She was able to finally sleep in it, as well as wear it all day at school. A huge relief as the brace, the doctor continually exhorts, only works if it is on her body!

And work it did!  The third miraculous intercession, and most dramatic came in February.  Just as scoliosis is considered idiopathic (with no known cause) – the remarkable reduction of her two major curves, after only two months, to 30 degrees, was also without explanation!

The Boston Brace is meant to hold the curve, to keep it from progressing.  Although there are a few reported cases of improvement, this is not the norm. Surgery, for now, is off the table  As the school Physical Therapist said, “So happy Faith beat the odds.” We, of course, were quick to credit the incredible power of prayer, accompanied with the medical intervention, brought about what we consider to be a modern-day miracle. 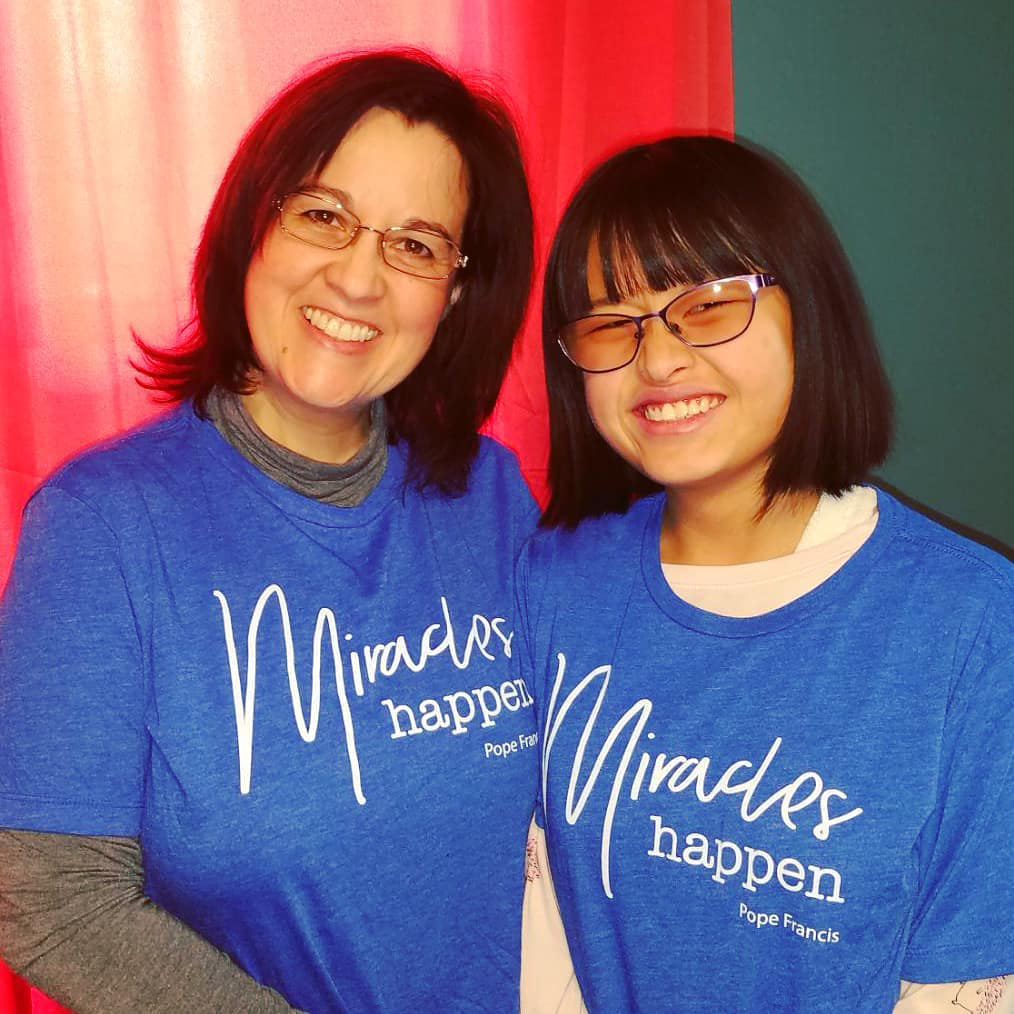