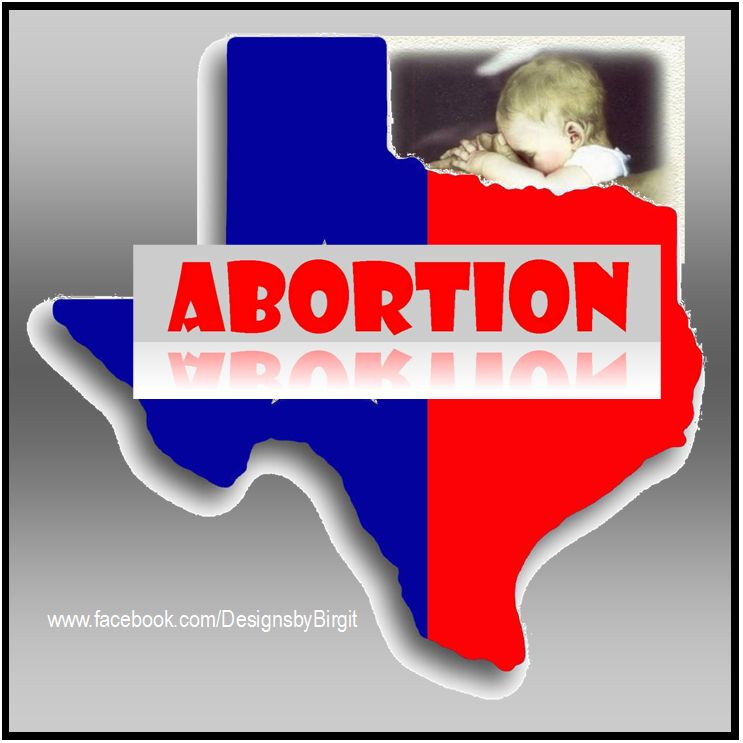 At the time I am typing these words it’s 1:20 here in W KY. Why am I still up because of something that has happened in Texas? If you know me at all, the answer should be obvious. I was keeping watch over prolife bill SB5 of the TX Senate.

What’s All the Hubbub in TX?

SB5 is a bill banning not only abortions after 20 weeks of gestation, but also ensuring that the procedure takes place in a surgical center. Further, the bill requires abortionists to have admitting privileges in a hospital within 30 miles of the center. The result of this prolife bill becoming law would mean that all but 5 (37 out of 42) abortion mills in Texas would be shut down. This would be no small victory for Life! Could it be that, finally, a state in the Union would take this important step toward the end of the death of babies by demand? Let’s hope and pray that it is so!

Oh the Drama When There’s a ProLife Bill!

This evening of legislative battle between good and evil was riveting. Although both the House and the Senate in Texas are ProLife Republican strongholds, the pro-abortion lobby has a vocal following. There were hundreds of visitors in the gallery and hallways, as well as outside, all chanting and shouting about their ‘right to choose’. As Sen. Wendy Davis, a darling of the pro-abortion crowd, filibustered for nearly 13 hours, the leadership were able to cite her for breaking with filibuster rules. Still she persisted and as the time for the end of the filibuster approached the unruly crowd began to shout, clap, chant and cheer in an effort to prevent a vote. If the legislative body had been prevented from voting within the time constraints it would have killed the opportunity for passage of the bill during this session.

I was glued to the Live Stream from the TX Senate floor as all chaos had broken out. The comments from the pro-abortion crowd were streaming in – sacrilege, obscenities and all. After a while it was obvious that the stream wasn’t exactly live – there was a several minute delay. This made it even more difficult to discern what was happening in this crucial prolife battle. Confusion reigned as the weary cheerleader for abortion, Sen. Davis, held her ground for death. As the deadline for passing this prolife bill approached the crowd seemed to gather steam as they realized that; if they could cheer for abortion loudly enough, they might just prevent a roll call vote from happening. Just in the nick of time and above the roar of the crowd, Senate leadership began the voting process. Time was running out! It took a painfully long time to untangle the differing reports. As I gathered information from Facebook, Twitter, and the AP I finally found the answer. The bill had carried! Pro-Life efforts had won the day!

As the news unfolded and more and more reports of the prolife bill’s success appeared, it also became apparent that the pro-abortion crowd would not go gently into the night. Reports of protesters punching police, near riot conditions and the necessity of escorts for pro-lifers became commonplace. Let’s see how/if the media reports about this.

This fight is far from over. The forces who fought so fervently for the right to rip a baby, limb from limb, from her mother’s womb will not take this loss lightly. Their efforts will redouble and their tactics will become more and more desperate. Already there is talk of lawsuits.

Tonight I pray for the legislators in the great state of Texas and all over our nation…that they may take strength from this fiercely won battle. Prayers also go out for the babies – both those who will be saved if the prolife bill, SB5. becomes law and those whose lives will still be lost. The women and men affected by abortion also need our prayers, as do our clergy. As pro-life citizens we are at the center of this battle. If we stand firmly in solidarity with our pre-born brethren, we stand to be a part of a godly victory. This issue is not for the faint of heart, but God willing, we will see the day where Life triumphs over death!

3:03 a.m. – It’s with a heavy heart that I share the news that, just as I was putting this post to bed, I received news that the Lt. Governor of Texas had reversed his ruling on SB5. The vote on the prolife bill came too late to count. Although it would have won passage, it will now be up to the legislature to call a second session to bring the bill back up for a vote. Please continue to pray for the legislators of Texas – that they successfully bring this important bill to passage. God bless Texas and God bless our unworthy nation!

Now that the dust has settled and the nightmare has shown itself to be reality, a few searching questions remain:

In the light of day, the timing of the vote comes to mind. Why did the legislative body wait until the last minute to attempt a vote? Surely the 15 or more minutes spent gaveling for order and simply standing, while looking up at the gallery, could have been better served by starting the vote.

Since there are rules about everything that happens within the confines of the Senate, why were the protesters allowed to interrupt the procedures for such a lengthy period of time? As an observer of more than one legislative session, here in Kentucky, I can tell you that the gallery would have been firmly cleared had such a scene taken place here. I can remember being in a similar situation. We silently raised pieces of paper with a request to let pro-life bills be heard, as debate was going on. We were swiftly warned, from the floor, that the Kentucky State Police would be clearing the gallery if we didn’t put our signs out of sight. If a silent act of civil disobedience created such a warning, how much more relevant would it be if the gallery crowd was as obnoxious and obscene as the pro-abortion crowd last night?

I also wonder about the Lt. Governor’s reversal of his ruling. Will there be a second special session as promised? What will it hold and what outcome can we expect?

As we wait for the answers to these questions and for the outcome of the expected regrouping, we are once again reminded of our complete dependence on the Lord Our God. Without him, evil would triumph and our human efforts would be for naught. Now is the time to ramp up our prayers, asking Him to shore up the resolve and heighten the consciences of those who have matters of life and death in their hands – in Texas and across the globe.

**TEXAS FRIENDS: IN RESPONSE TO SB5 AND CALLING FOR A SECOND SESSION**

Call Governor Perry’s office (as often as you like) and say you support SB5 and want a 2nd session.

He is tallying the calls.

2 Replies to “Midnight Vigil for ProLife Bill in Texas”