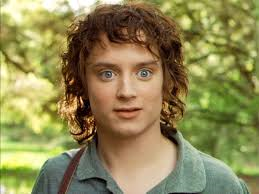 The word mercy has been falling into my lap a lot lately. One of the books I read during Lent was Pope Francis’ The Name of God is Mercy, from which I was reminded of our Lord’s great love that leads to precious mercy. Several weekends ago I was privileged to sing through the Divine Mercy Chaplet with friends. This is a prayer of repetition: “For the sake of your sorrowful passion, have mercy on us and on the whole world. Holy God, holy mighty one, holy immortal one, have mercy on us and on the whole world.” It felt like John’s revelatory visions of heaven with angels and saints singing “Holy, holy, holy, Lord God Almighty.”

I asked my kids what they knew of mercy, reading them our catechism’s definition, “The lovingkindness, compassion, and forbearance shown to one who offends (e.g. the mercy of God to sinners)” and parsing it down for them to “Receiving goodness when you do not deserve it.”

Our 14-year-old, a bona fide Potter-head, immediately answered with a passage from a Harry Potter book. She said, “Evil people think mercy is when they have someone under their control, like when Draco told Dumbledore that he was at his mercy. But Dumbledore said quietly (Yes, she has practically memorized some portions.), ‘No Draco, it is not your mercy that matters now; it is mine’.” Draco deserved death or imprisonment but Dumbledore’s love for the boy’s soul washed him in mercy and gave him another chance to turn his life around, as he did indeed.

“How about Aslan?” piped up my nine-year-old, who is working through the Narnia books, “He had mercy on Edmund and it made him become a good man. He was called Edmund the Just when he grew up.” Edmund knew more of Aslan’s love than the others. Love and mercy go hand in hand.

“Star Wars,” hollered my 11-year-old from the kitchen (he seems to be there often, making sandwiches). “Darth Vader deserved to die but Luke had mercy on him.” And that mercy, borne from love, led to forgiveness and more love.

My 21-year-old popped in before work, looking for leftovers, and jumped into the conversation. “Tolkien’s hobbits are the best examples of mercy,” he said, “Because it didn’t always end up with a perfect love-fest but you knew that Frodo’s mercy was right.”

“Oh yeah,” interjected the 14-year-old again, “Like Redwall’s Veil. They had mercy on him but he was rotten. Well, not at the very end when he saved his mother. The mercy was definitely right.”

Yes, good point, Honey. We are called to be merciful without any thought of conclusion. Jesus said it straight up in Luke 6:36, the final verse in a passage about loving our enemies, “Be merciful, even as your Father is merciful.” He also gave us a wincing account of a man who received mercy for an unpaid debt but did not show mercy to someone owing a debt to him. This is called the Parable of the Ungrateful Servant, found in Matthew 18. It ends with the man being thrown into prison and this shocking statement from Jesus: “So also my heavenly Father will do to you if you do not forgive your brother from the heart.”

We then talked about the powerful evil in all our literary and movie examples, from Harry Potter’s death eaters, to Narnia’s White Witch, to Star Wars’ Empire, to Middle Earth’s Sauron, to Mossflower’s ferrets, to the very real Roman Empire at the time of Christ. My 18-year-old, who has never once gotten lost in a novel, shrugged. “You guys keep telling the same story over and over again. It’s history. Physical power rises and falls everywhere and for all times. Love and mercy run through it all, but quietly.” He grinned and grabbed his helmet as he headed out to ride his dirt bike.

Love and mercy run through it all, but quietly. Love and mercy change lives one at a time. It certainly did for Antonio, from Shakespears’s “The Merchant of Venice.” Portia argued before the court hoping to change Antonio’s life. “The quality of mercy is not strained. It droppeth as the gentle rain from heaven upon the place beneath. It is twice blest: It blesseth him that gives and him that takes… it becomes the throned monarch better than his crown … And earthly power doth then show likest God’s when mercy seasons justice.” There is always room for mercy. It is not strained. It falls ever fresh.

As we come to end of this Easter season, may we look for mercy in our stories, may we give mercy to people in our lives, and may our hearts be filled with joy to think of the perfect mercy that comes to us from our loving Jesus. He is risen and our lives are changed by love and mercy!