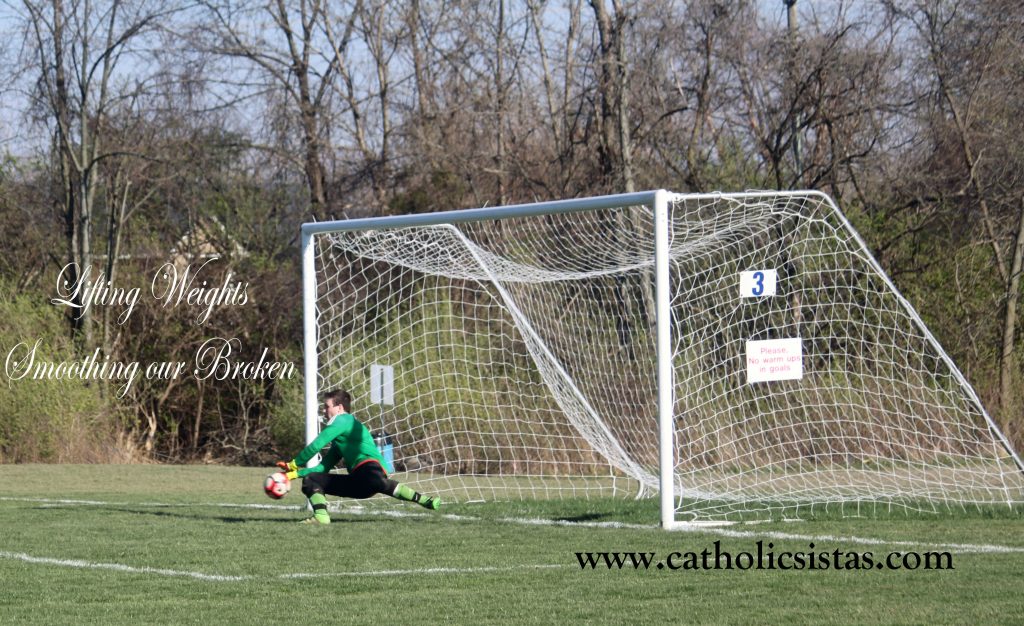 Our oldest son is 15.  Last year, he began lifting weights and working out before school in addition to his soccer practices.  Looking at him, he seemed to be in top physical shape.  However, every so often he “tweaked” his knee.  He’d ice it, rest a couple days, and then feel better and move on.  He had x-rays taken; trainers checked him at school, and everyone felt he didn’t have anything torn, just strained.  Then, it started happening more frequently.  We asked about physical therapy, thinking maybe more strength and stretching would help.  By the end of the summer, he had an MRI done that showed what none of us wanted to see.  He had torn his ACL.  He needed surgery.  We discussed his options with his doctor, consulted a couple different surgeons, and went to see another orthopedic doctor to figure out the best course of therapy.
He continued physical therapy while waiting for surgery.  To look at him, he was strong, but inside he was broken.  Without staying close to his physical therapy regimen, he would be weaker and weaker.
His surgery came.  He walked into the hospital with us.  The surgery was a success, but of course he seemed more broken afterward than beforehand.  He was immobilized for a few days.  Then, he had to walk for weeks in a full leg brace.  After that, he had to relearn to walk, then to run, jump, move. 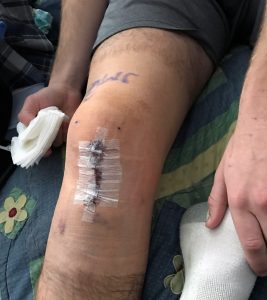 In John’s gospel last week, we heard Peter saying to Jesus, “Where would we go?” when asked if the disciples were leaving Jesus along with others who found the teaching of the Eucharistic too hard to comprehend and live.  Peter knew that Jesus was the answer and that staying close to Him was the only way to stay strong.
Peter was human, however.  Like all of us, he strayed from Jesus.  He took his eyes off Jesus as he attempted to walk on water and immediately sunk.  He denied Jesus the night of the Last Supper as soon as Jesus wasn’t at his side.  He hid in fear after Jesus’ death.
But then we see him emerge as a strong, outspoken follower of Jesus once again, bringing thousands upon thousands to believe and be baptized in the risen Jesus.  What changed?  Peter came back to Jesus.  He was filled with the Holy Spirit.  He learned that his strength only came from and in Jesus.
That dream that seemed dead with the torn ACL?  That relationship that we thought was forever but that crumbled?  God knows the end of the story.  God’s plan is for good and not evil, for happiness and not heartbreak.  He knows the whole picture, while many times we have trouble seeing past the tears. 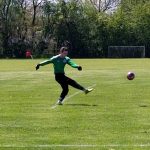 Our son’s progress has been slow.  He’s now seven months out from surgery.  He still has deficiencies in strength in some places.  However, he has learned so much about himself, his will to persevere, and his faith as he has gone through this process of breaking and recovering.  He returned to the game he loves this past weekend.  The recovery continues.  Much like our faith, it is a lifelong process.  We can’t stop moving closer to God, working to stay close to Him, living for and in and with Him.
God takes our broken; the sharp edges that we want to hide or use as a defense and fills them in.  He can take those crushed dreams and hurt places and molds them into something more beautiful than we ever imagined.  When God does the filling, we come out of the broken places stronger than we started.  We just need to stay close to Him and find our strength in Him, only in Him. 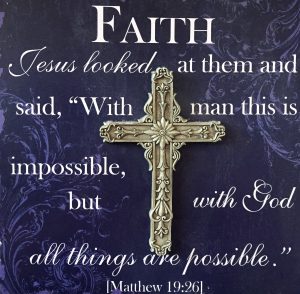 One Reply to “Lifting Weights – Smoothing our Broken”