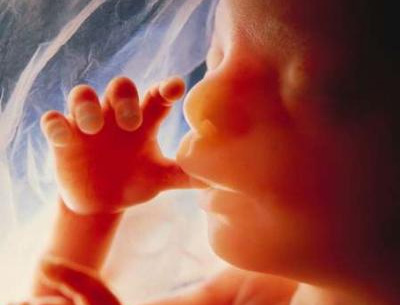 In my first post with the Sistas I told you about my Infertility journey. The only way that I can share this post is to be extremely honest and put it all out there.

When a couple realizes that they’re battling Infertility they immediately begin to look for a problem that can be fixed. They begin to seek the assistance of an Infertility specialist or a Reproductive Endocrinologist. As anyone who’s met with an RE will tell you it doesn’t take long before the subject of In Vitro Fertilization (IVF) comes up. There are all sorts of statistics thrown at you. There are charts and glossy brochures. There are stories about success rates and couples who had very little hope in ever having a biological child who attend the picnic at the clinic every year with their kids in tow. The presentation sounds great and the doctors give you something that very few people can give an Infertile – the doctors give hope.

I know all of these things because I’ve heard the sales pitch more times than I care to remember. I’ve studied documents that promised refunds if you don’t bring home a baby after three embryo transfers (termed “shared risk” by the reproductive medicine community). I’ve looked with amazement at payment plans for couples who are just like you (as all the brochures say) who wanted to have a child, but couldn’t afford a major expense such as IVF.

I’d be lying if I said that I never considered undergoing IVF, because I did. I wanted a child more than anything. I wanted to see what our child would look like, a child from my husband and I. Would he have Daddy’s eyes and the flair for drama that runs through my family tree? Would she be athletic like dad or a natural debater like mom?

From a scientific point of view (I have a degree in Biology from a Catholic college) when the sperm and the egg join there is a unique and unduplicated genetic code formed as a result of DNA from the father and the mother, and unless that zygote (the fertilized egg) divides in to two or more distinct and separate individuals (producing identical twins or triplets or more) no one else on earth will ever have the same genetic code. No matter how much my sister and I look alike (we’re not twins) we are not genetically identical.

Even as I weighed the options (remember, I have also revealed that I am a deep thinker and feel a need to think through problems) I thought of many options. I knew that IVF is morally wrong in the eyes of the Catholic church. I loved being Catholic, but I actually contemplated leaving the church and becoming protestant. How could my church tell me that it understood my pain? How could anyone understand my pain?

I realized that the answer wasn’t to leave the church just to do something that I knew in my heart was morally wrong. I talked to a friend who said something profound, something that I’ve never forgotten. “Our God is a God of Love. Our church doesn’t make rules to punish or condemn, but to guide us closer to God’s Love.”

I prayed and I read a lot of Paul’s letter to the Philippians. I spent a lot of time with two passages:

Have among yourselves the same attitude that is also yours in Christ Jesus, Who, though he was in the form of God, did not regard equality with God something to be grasped.
~ Philippians 2: 5-6 (NAB)

Have no anxiety at all, but in everything, by prayer and petition, with thanksgiving, make your requests known to God. Then the peace of God, that surpasses all understanding will guard your hearts and minds in Christ Jesus. ~ Philippians 4:6-7 (NAB)

And I realized that if I was truly going to be a person of Faith I couldn’t change God to fit my needs, my wants. I decided that if I was going to be a person who believed at my very core that life begins at conception that I couldn’t give any more consideration towards doing IVF. I decided that I couldn’t and wouldn’t sell my soul for the sake of becoming a parent. We never attended the “learn about IVF class” that fertility clinics offer.

A recent article in US Catholic addressed how parishes can help infertile couples, and it generated quite a lot of conversation amongst some Catholic friends of mine. It was suggested that I write about IVF for the Sistas that day and decided that I would because I want to get the message out. It’s extremely important to me that Infertility be something that is acknowledged in Catholic circles, something that is spoken of not from the perspective of condemnation, but rather empathy and understanding.

I know some Infertile couples who are devoted Catholics who wouldn’t even have listened to the presentations; they would have simply said “we’re not willing to consider IVF because our church teaches us that it’s wrong.” Maybe they’ve always been stronger in their Faith than I was (am). I considered myself a fairly devout Catholic, but I was honestly and truly swayed by the statistics and the promises of life. I was sucked in to the propaganda because of a place of pain and hurt. I was seriously considering if I could participate in IVF. I am not proud of this admission, but I’m being honest.

When friends (who are not Catholic) of mine have shared with me that they’ve been considering IVF I have urged them to consider their options carefully. I have asked them if they’d consider Adoption as a means of building their family. I’ve asked if they’ve tried other alternatives to get to parenthood. Once I asked a friend how she was going to wrap her head around the idea that she was going to have babies frozen, potentially for years, until she “used” all of her embryos. That conversation didn’t go over terribly well, but I felt that I had to try.

The truth is that for as many children have been born as a result of IVF, it is estimated that for every 100 eggs fertilized, only 5 babies will be born alive, only 1 out of every 100 if the woman is over 40 at the time. 400,000 embryos are currently frozen in liquid nitrogen in fertility clinics around the country, at a cost of up to $2,000 per year per couple, and hundreds of thousands more – maybe even millions are destroyed or donated to stem cell research. None of these statistics are in those glossy brochures.

If people could take one thing away from my story it would be to consider that we as the Body of Christ need to do a better job of ministering to Infertile couples. The article in US Catholic had some great ideas, but we also need to help couples understand that all of the glossy brochures and promises of “shared risk” in the world doesn’t change the fundamental truth that all life comes from God, all life is precious, and all life begins at the moment of conception.

And for the record, my husband and I will soon begin a journey towards adoption – so this is not the end of our story, but rather one chapter in our book.

8 Replies to “Life Begins at Conception”