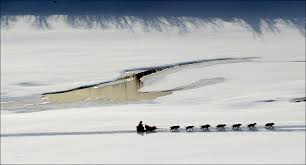 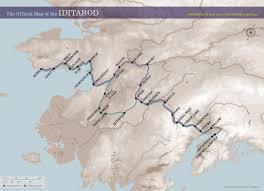 These early March days find us, along with many Alaskans, daily checking standings for the mushers running the 1100-mile Iditarod Sled Dog Race- the “last great race.” My dog-loving twelve year old daughter checks multiple times a day and moves colored pins standing for her four favorites along a map (she’s a hard-core fan!). Since it is also Lent, I see Lent everywhere around me and the Iditarod is no exception.

Initially called the Great Race of Mercy  (Hello, Lent), the race commemorates the 1925 diphtheria serum run to Nome by way of the Iditarod trail, a mining transport route through the now-ghost-town of the same name. Those mushers were smart and strong, risking their lives and the lives of their working dogs to get that medicine to stricken 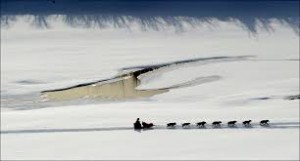 Nome. The Iditarod is still a dangerous run, “Not safe,” according to musher Dee Dee Jonrowe, “Challenging conditions are true every year. It’s the Iditarod Trail. The race must go on.” says Iditarod Trail Committee Executive Director Stan Hooley.* As is Lent. Each year has its own spiritual dangers and challenges. We have our Hell’s Gates and Dalzell Gorges. We also have our rest stops available in Friday evening soup and stations. Extra reconciliation services are our health checks. And the Lenten race will go on as well, ending with the Easter celebration year after year until the Great Banquet in the Father’s House. 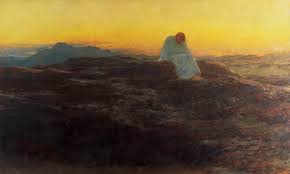 We may need to drop out, or “scratch,” in order to get our dogs or ourselves (or both) tended back to health for next year’s run. This is OK. If we desire betterment and do not allow bitterness to creep in, we will learn what we should and become closer to Jesus His way. “Let it be unto me according to what you have said,” said our Blessed Mother. Two years ago, my baby was diagnosed with cystic fibrosis in the beginning of Lent. That year, fasting for me took the form of mentally wrangling fear and anger to the ground and lifting my eyes to Jesus to embrace love and redemptive suffering. It was exhausting. I scratched my planned sacrifice, fired the computer back up and made needed connections. With the Iditarod, many times the mushers have their decisions made for them. Regarding the Yukon River deciding things for racers, says musher Martin Buser, “The Yukon always is a decider if it’s punchy or slow.”* Indeed. Likewise, sometimes Lent is decided for us, whether punchy or slow.

Physically running the Iditarod and spiritually running Lent begins with preparation: take stock, figure goals, decide risks, and gather materials. While there is a general pattern in Lent (pray, fast, give) and a general pattern in mushing (food, gear, map), everyone’s plan is their own (Musher Jeff King is known for his inventions like boxed sled seating and heated handlebars!). Then jump in and participate. Just do it and see what happens! There are physicians and public servants at checkpoints on the way (priests and angels) and those watching on the periphery for culture and entertainment may be inspired to get in the race themselves. God be praised.

The last great race before Easter truly is a great race of mercy. May we find opportunities every day to enrich Lent with mercy accepted and given. May we actively look for burning bushes, even in Iditarod stories. Go mushers! Go us! 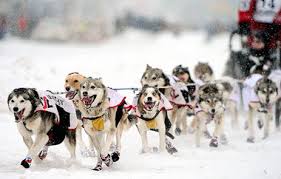