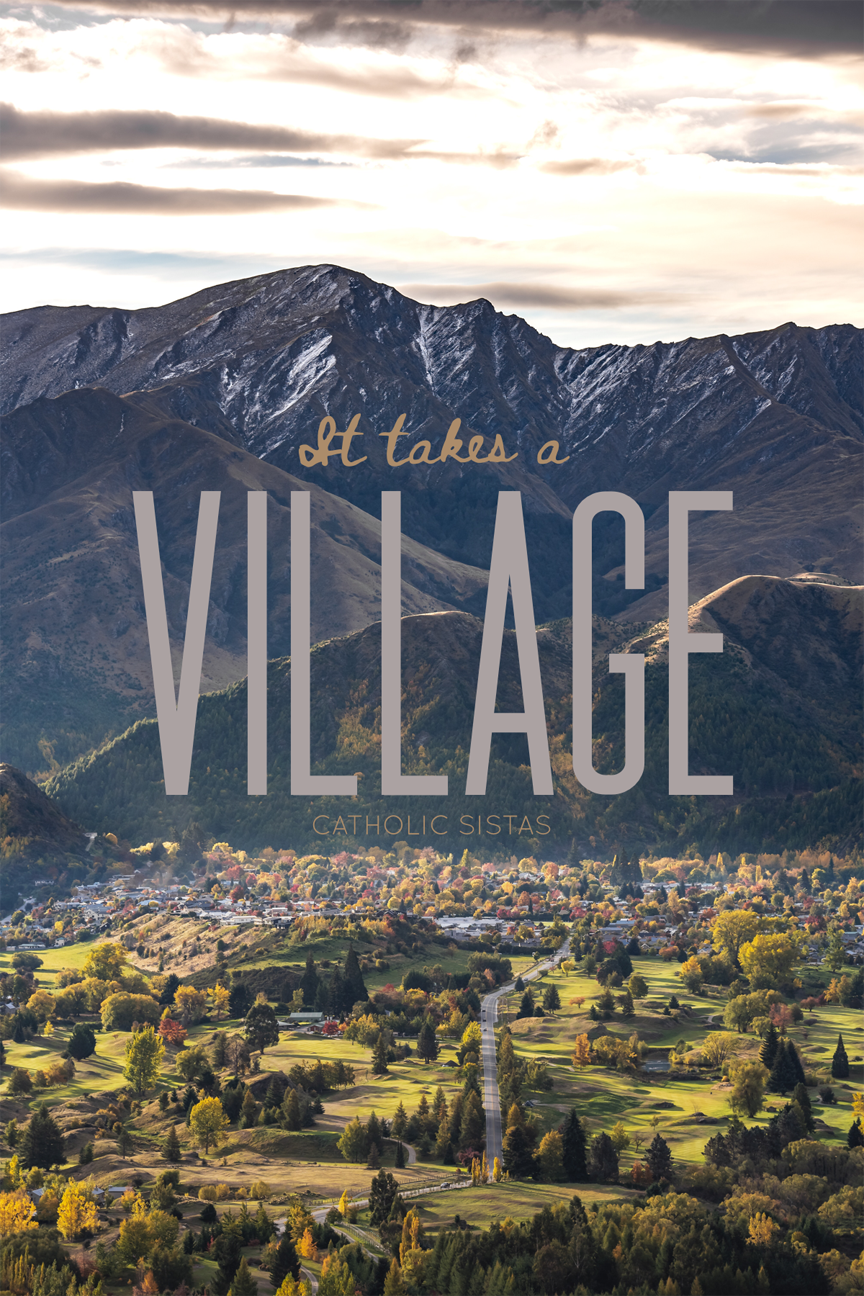 There are many pressures that come with being a parent, but the one that haunts me the most is the responsibility of passing on the faith. As I rock my growing baby to sleep or watch my preschooler eat his pancakes in the morning I think, “How am I ever going to teach them enough, challenge them enough, and nurture them enough to help them grow into the well-rounded, capable, holy adults I know they have the potential to be?” The truth is I can’t. Not on my own, at least.

My parents have shaped me into who I am as a woman today through the examples they set in their own lives, as well as the guidance they have given me over the years. Parents can only do so much, though. Young people need strong, positive mentors throughout their lives to inspire, direct, and influence them, perhaps just as much as their parents do. I have been blessed enough to encounter many such people, but three in particular touched my life in unexpected ways.

When I was in the seventh grade, my teacher hung posters of the Holocaust around our classroom. She was the first person to open my eyes to what the world held beyond our small, Catholic school—good and bad. Her posters not only depicted the wonderful things she saw on her worldly travels, but also the cruelty man was capable of. That’s when I knew I wanted to see what was out there for myself.

Interestingly enough, she was also the first person I knew who would vote politically different than my family. She never said it, but I knew it. I didn’t know how to reconcile that in my heart, but I loved her anyway. During the critical time when I was trying to figure out who I was going to be in the midst of my parents’ divorce, she gave me hope. Hope that I could be whoever I wanted to be, hope for a future.

Three years later, I got my first job selling clothes. My boss took a chance on me. She hired an awkward tomboy and fostered in me a drive to work hard and reach whatever the next challenge was in front of me. Shift after shift, raise after raise, I absorbed her desire to succeed and genuine love of people like a sponge. I doubt she thought much about the direction she was giving at the time, but I felt like she believed in me, so I did, too. She gave me a break when I needed one, and held me accountable when I didn’t. She inspired me to do better.

That same year, I met a priest who taught at my high school. As a young teenager, I was starving for affirmation, purpose, and direction. I joined a group he led on a pilgrimage through Rome and my life changed forever. He affirmed my identity as a child of Christ in ways that no one ever had before, breathing air into the lungs of my faith that had laid dormant for so long. He went on to become my spiritual director through high school and college, and celebrated the Mass on my wedding day. After everything he had seen me through, his greatest gift to me was teaching me how to pray. How to genuinely ask the Lord for His help, praise Him for His blessings, and trust in His mercy.

There’s no question that it is my husband’s and my responsibility to get our boys to heaven, but it’s impossible for us to do it alone. If I am ever uncertain of that reality, all I have to do is look at my own life and see all the hands who have helped me along the way. I pray that Walt and George are fortunate enough to encounter ordinary men and women of good will who will educate them when they think they know it all, push them when they believe they have nothing more to give, or carry them when they’re too tired to walk any farther.

Reflecting on how I have gotten to where I am, my heart is filled with gratitude. I am indebted to the many people who have gone out of their way to foster the good things that they saw in me when they didn’t have to, but especially those three unlikely mentors. The ones who taught me how to hope, work, and pray.

I ran into the priest recently for the first time in over five years. “I miss you, Father,” I told him. “Don’t worry,” he replied. “I’ll always be there when you need me most.”

I know he will. They all will.