In today’s world, we find Christmas decorations fighting with Halloween items for space on the store shelves. It is easy to succumb to the temptation of putting up the decorations and tree in time for Thanksgiving. Turkey day may or may not end up being the same weekend as the first Sunday in Advent. This year we have a week’s grace between Thanksgiving weekend and the first Sunday in Advent, but the pressure to get the festivities started now seems to grow every year.

Influenced by our faith journey over our thirty plus years of parenting, our choices of how and when to decorate for Christmas has undergone many changes. As we are originally from Canada, where Thanksgiving falls in October, it wasn’t part of the equation. Instead, we typically chose to put the tree up on our first child’s birthday in early December.

In the early nineties, we became aware of of Advent as a time of preparing for the birth of Christ and wanted to be more mindful of that. Incorporating the changes this awareness brought about was initially difficult for our oldest children. They were used to a more secular means of preparing for Christmas. As much as I wanted to push the putting up of the actual Christmas tree as close to Christmas Eve as possible, my husband and I came to the conclusion that we needed to move slowly.

One of the first changes we made was to not put all our Christmas ornaments up at once. We still put the tree up early in the season of Advent, but staggered the decorations.  Each Sunday of Advent, we added more Christmas decor to the house. By the fourth Sunday we pretty much had the whole house decorated.

The next change was to make use of the Advent colors in our table settings. For our still very young family, this helped make the change of the church’s season very noticeable. We used either a purple tablecloth or runner for the first, second and fourth week of Advent and a pink one for the third week of Advent. On Christmas morning and St Nicholas’ day the children woke to either a red tablecloth or very festive one on the table. We also really emphasized the joy of the many feast days celebrated during the four to five weeks of Advent.

However, my biggest goal, which was to not decorate our tree until only days before Christmas Eve was not achieved until 2009: our 13th child’s first  Christmas. 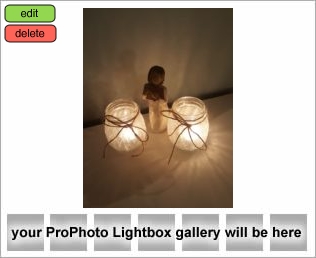 Back in 2002, my husband was laid off and we began our journey of running a family business . The following Christmas our second oldest, determined that all her younger siblings who were still at home should have Christmas memories like hers, showed up from college with a tree tied to the roof of her car and apple cider in the back seat.  Over the next six years, while my husband and I struggled with the challenges of self-employment and raising a growing and still rather young family, our daughter made annual trek home with a tree and cider. Always in early December.

All good things come to an end, and after our daughter married and started her own family I had the opportunity to create a new tradition of putting the tree up closer to Christmas Eve! Yet, after almost thirty years of putting it up during the first week of December, I was loathe to take that step and announce to the children the tree would not go up until December 22nd or 23rd.

I shared my dilemma with our fifth child and between the two of us we came up with the idea of an Advent tree. We shared this plan with the other children and they were elated. After purchasing some inexpensive purple ornaments and white lights, we spent hours that first Sunday in Advent taking turns coloring the clear light bulbs with purple and pink permanent markers. Hilariously, only the purple-colored bulbs showed any color at all and they looked pink. We didn’t care – we were in love with our Advent tree: the first of many.

Over the past nine years, we have continued to grow our purple and pink ornament collection and have added homemade ones as well. Our first year, a fellow parishioner, gifted us her purple Halloween lights after hearing about our Advent tree. Since then, we have been inspired to watch for purple lights at the dollar stores. I think we still have one strand of the original lights we so painstakingly colored pink and purple.

We have varied from decorating both an Advent tree and a Christmas tree to converting the Advent tree into Christmas tree just a few days before Christmas. This year we will have two trees. The Advent tree will, of course, go up the first Sunday in Advent (December 2nd) and we will have hot cider and simple treats while enjoying family time. Sometime after our ninth child returns from Milan, in late December, we will put up a live tree and decorate it with our Christmas ornaments. Again we will have cider and maybe some eggnog along with Christmas cookies while we listen to Christmas carols and trip over strings and strings of colorful lights.

What are some of the things you do in your family to help your children focus on Advent while the rest of the world has been buying ornaments and stocking stuffers with their Halloween candy? Feel free to share them below in the comments.