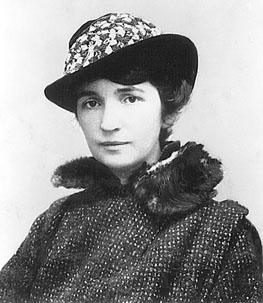 One of the great deficiencies in education over the past few decades is the failure to teach history. The ignorance among the young is appalling. Take a random survey of 25 people under 35 Ask them three questions:

Who is Oprah Winfrey?

Who is Adolf Hitler?

Who is Simon Cowell?

Which of the three do you think will get a blank stare? I can guarantee it will be Adolf Hitler. And yet who among the three precipitated a world war that annhilated 60 million people including 13 million “undesirables” eliminated in death camps in the Third Reich? To forget the atrocities of history and what caused them ensures their repetition. Hitler knew that people forget. When his staff objected to his plans for the “final solution” to the “Jewish problem” believing people would never stand for it, he responded, “Who now remembers the Armenians?” He referred, of course, to the genocide of over a million Armenian Christians by the Ottoman Turks between 1914 and 1918. And, indeed, who does now remember the tragedy of the Armenians? It is often called the forgotten holocaust.

In the United States we have our own forgotten death dealers, primary among them Margaret Sanger, the founder of Planned Parenthood and the patron saint of today’s culture of death.  Planned Parenthood has spent decades denying and distancing itself from its unsavory eugenic roots. Like Hitler before them, the Planned Parenthood cabal know people forget. So they paint a picture of Sanger as a champion of women’s rights instead of an elitist eugenicist who admired Hitler’s policies which included mandatory sterilization of non-Aryans. Sanger was all for sterilzing the poor and weak and those she considered “feeble-minded”.

In fact, Sanger considered many groups in the population “human weeds.” Catholics, Jews, poor immigrants, etc. were the flotsam of society in her distorted and selfish worldview. Reading her Birth Control Review shows the culture of death in action. She was one of its founding “mothers,” Medea who kills her own children and serves them up to their father in a stew. In fact, one of her notorious statements is, “The most merciful thing that the large family does to one of its infant members is to kill it.” I have no doubt, she would happily have seen my grandmother, the youngest of thirteen children and the daughter of German Catholic immigrants, murdered in infancy.

Planned Parenthood pretends that Sanger’s policies no longer impact the organization she birthed which they try to portray as compassionate and concerned about women. But their modern history is just as sick as their distant past. In 1969 then Vice President of Planned Parenthood, Frederick Jaffe, sent a memo to the head of the Population Council, Bernard Berelson. It included a table of “Proposed Measures to Reduce U.S. Fertility.” These included discouraging marriage, indoctrinating children in schools, encouraging homosexuality, economic disincentives, and more draconian actions like compulsory abortion/sterilization, requiring permits to have children, and putting sterilizing agents in the water.

Randy Engel, investigative journalist and Director of the U.S. Coalition for Life describes the Jaffe memo:

The infamous Jaffe/Berlelson Memo from Planned Parenthood Vice President Frederick S. Jaffe to Bernard Berelson, President of Rockefeller’s Population Council describes various means of population control…The Memo was first made public in 1970 by the U.S. Coalition for Life. The Memo was taken from “A Family Planning Perspectives Special Supplement” published by Planned Parenthood-World Population. (A copy of the Berelson/Jaffe memo is available at http://www.uscl.info/index.php?pr=Research_Library.)

The Significance of the Jaffe/Berelson Memo

The Jaffe/Berelson Memo was drawn up by Jaffe as a companion piece to Berelson’s paper, “Beyond Family Planning” (also available at the USCL library) published in the Population Council’s February 1969 issue of Studies in Family Planning.  According to Berelson, federal family planning programs are “the first step to population control.” Why? Berelson answers, “Probably because from a broad political standpoint it is the most acceptable one: since closely tied to maternal and child care it can be perceived as a health measure beyond dispute; and since voluntary it can be justified as a contribution to the effective personal freedom of individual couples.” Is Berelson saying that Congress was duped into supporting Title X birth limitation programs in 1970 under the guise of maternal health care and volunteerism, when in fact, Congress was taking its first step toward population control, which unlike “family planning” includes a wide range of compulsory means of population reduction including compulsory abortion and sterilization and social constraints such as “encouraging increased homosexuality?” If federal “family planning” programs are indeed stepping stones to totalitarian population control by the State, then it is time, indeed, that Uncle Sam got himself out of the birth limitation business. Cutting Planned Parenthood funding is an excellent first step toward this goal. ­­­­­­­­­­­­­­­­­­­­

Many have forgotten the iron-fisted genocides of the past that targeted certain populations for annhilation. And because they have forgotten or never learned their history, they have easily succombed to the latex-gloved genocide of Planned Parenthood that today commits about 25% of the abortion killings in the United States, many on minority women. Isn’t it time to wake up and smell the charnal house of Planned Parenthood? The death toll from the U.S. holocaust long ago surpassed Hitler’s millions. Is it any less an atrocity because its victims are tiny, unseen and unheard? Or is the murder of the weakest and most helpless a sign of a country that has not only forgotten the lessons of history, but has forgotten its humaity as well?

Join the fight to expose and defund Planned Parenthood. 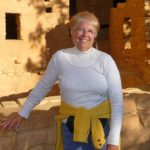 4 Replies to “History teaches, but will anyone listen?”