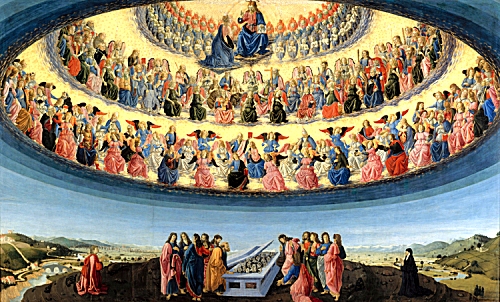 ::Pulled from the Catholic Sistas archives, this post originally featured on August 15, 2012::

Did you know today is a Holy Day of Obligation?

You know what that means, right?

You should be heading to Mass…

…or have already attended the Vigil Mass last night

…or have plans to attend Mass* tonight if you haven’t gone already.

Beyond the usual “housekeeping” of sharing that it’s an HDO, there is the primary element of excitement that today is the day the Church celebrates Mary’s assumption into heaven, body and soul. Though the proclamation as Dogma was made official by Pope Pius XII in 1950, the Church in Her wisdom maintains that the Dogma has always existed. 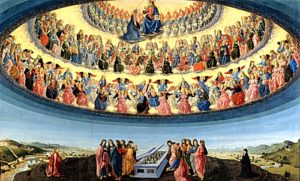 How does that make sense in feeble minds such as mine? I will tell you something that has made the timeline of this Marian Doctrine make sense. Dogma of the Church is like the stars in the sky. Church theologians are the astronomers over time…as things are discovered in the sky over the course of time, it does not compromise the legitimacy of what was discovered. When a new star is discovered and named, we do not question its existence. It existed long before we found it. And this is how we approach Mary’s Assumption, the Holy Trinity, Purgatory, etc. There are many things in which our Faith has discovered and uncovered as time has moved along…the existence of these Truths of our Faith are not compromised!

Here are a few links to send you on your way on the history of The Assumption and some crafts to do with the kidlets: 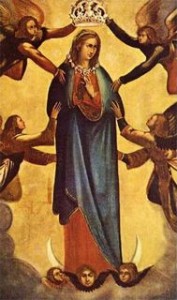 Overview of the history of the Assumption

History plus video from the day of the proclamation

2 Replies to “Happy Feast Day of The Assumption!”