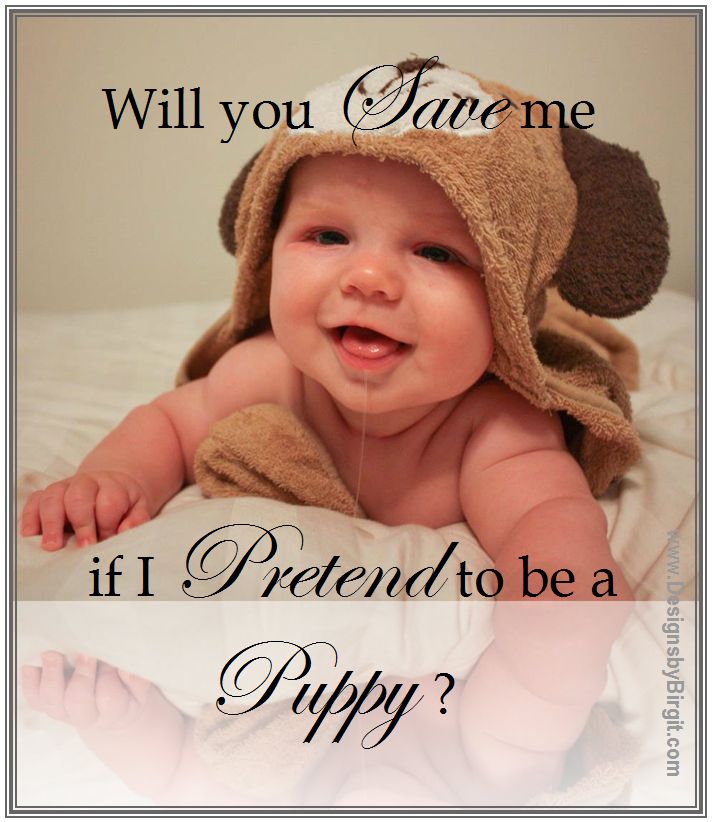 A staunchly pro-life Christian friend recently posted a photo on Facebook of a sad-faced animal in danger of being euthanized. I love this woman for her Christian witness, but I can’t help but feel that for every post about animal welfare, there’s at least one unpublished one about human welfare. Ignored in many of the pro-animal sentiments is the fact that there is a huge difference between animals and people! For one, I don’t expect my children or relatives to live outside all year, but I do expect my animals to do so. I also don’t expect my children or relatives to eat off the ground or drink out of puddles, but my animals do so willingly — sometimes bypassing fresh clean water for mud-puddle water. Animals and humans are vastly different and our respect needs to be different as well.

And he said: Let us make man to our image and likeness: and let him have dominion over the fishes of the sea, and the fowls of the air, and the beasts, and the whole earth, and every creeping creature that moveth upon the earth. Genesis 1:26*

We need to teach our children that there’s a fundamental difference between animals and people. Humans were given a soul by God–when He breathed into Adam’s clay-body–whereas animals were created for humans’ use. Scripturally  God gave us dominion over the animals from the very beginning, but never mentioned creating animals in His Holy image. Our children know that while we care for our animal friends, we really love and respect our fellow humans. Children need to learn to be good stewards of the earth and all within it, but humans–not animals–are created in the image and likeness of God. As we learn in Genesis, animals were created for human companionship and use: our God-given dominion. The two were created for different reasons and have different dignities as creatures.

And the Lord God formed man of the slime of the earth: and breathed into his face the breath of life, and man became a living soul. Genesis 2:6*

Part and parcel to our God-given dominion over animals is not only proper care of animals but also proper use of animals: for food, companionship, and other products. I “love” my animals, but I realize they are animals, not humans. I would die for my children, family, and friends, but not for my animals. I also sometimes think the “rescue” organizations that keep animals alive indefinitely, despite their medical condition(s) or lack of a consistent caregiver, are actually less humane than organizations that accept these realities and put the old or infirm animals to sleep. Whilst I think it is misguided and wrong to euthanize animals based only on their size or breed (as in the large dog laws and Pit-bull laws in place across the world), euthanizing animals who will never regain their health when they are unwanted by their owners seems logical. Suffering animals have no souls to be concerned about like aged or infirm humans. Animal suffering is not redemptive for them or for anyone else as human suffering can be.

The real problem, however, isn’t that society insists animals be treated humanely, but that so many people now have elevated them to the status of people, or in some cases, even above people. No, animals shouldn’t be abused. But there’s something wrong when animal rescue organizations pull at our hearts and demand more of our time, talent, and treasure than ones that care for people. Also, the amount of money spent yearly simply on our pets far exceeds the average yearly cost of one child. During the Christmas season, I was inundated by ads for animal rescues using religious music (the use of Silent Night really offended me) to pluck at viewer’s hearts. Instead of supporting disadvantaged humans directly with their resources, many people today are more willing to donate money to animal causes, while expecting others (usually the government) to support their fellow man. Our responsibility is to take care of the least of our people then care for those we have under our dominion: animals.

People were outraged when President Obama got a purebred dog for his daughters instead of rescuing an animal from a shelter. Yet many of those same people had no problem with Obama voting against the Born Alive Infant Protection Act that prevents doctors from killing ‘accidentally’ delivered living babies during an abortion procedure. According to God’s laws, which of these instances is immoral? Many people would be outraged if Obama was to ban abortion, but if he were to ban puppy mills people would hail him a hero.

If men quarrel, and one strike a woman with child, and she miscarry indeed, but live herself: he shall be answerable for so much damage as the woman’s husband shall require, and as arbiters shall award. Exodus 21:22* 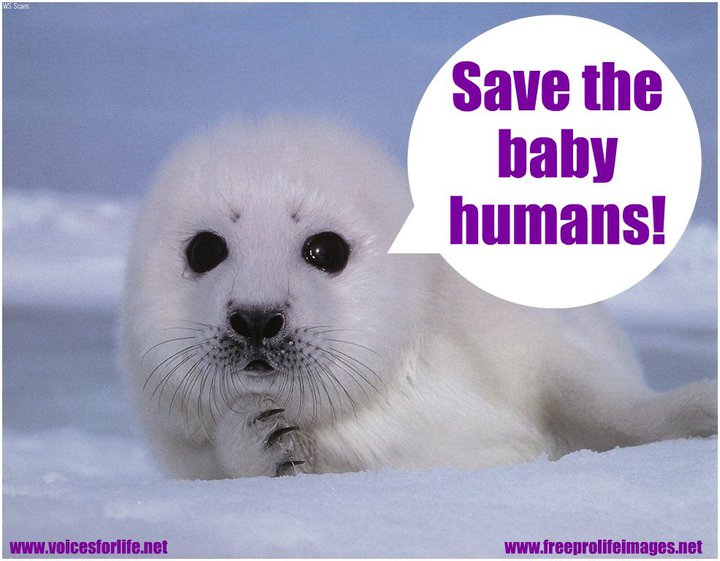 The real irony is that if society would recognize and uphold the dignity of all human life and understand that it takes precedence over animal life, we’d have a more humane society, which would translate into a safer society for animals, too. Defending the rights of animals won’t teach society to better defend the rights of people, which is what many animal rights advocates believe. Instead, recognizing that every human being–regardless of stage, age, size, or ability–has an inherent dignity and God-given right to life will engender respect that will trickle down to better treatment of all of God’s creations–including animals.

6 Replies to “God Gave Us Dominion: Want to Save Animals? Save Humans First!”