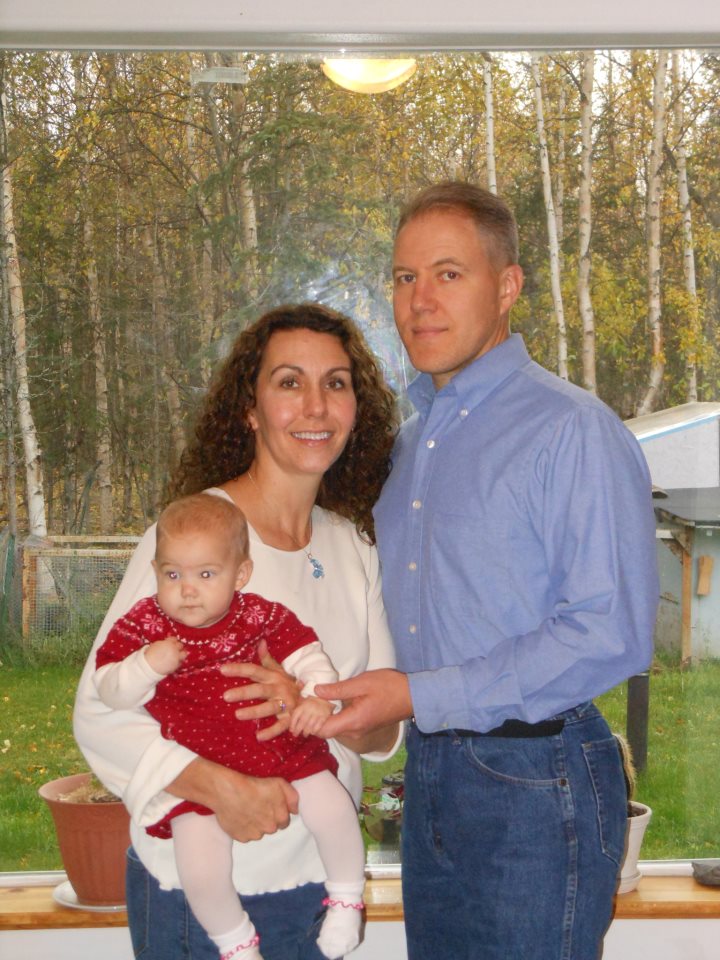 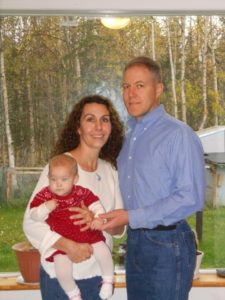 Our conversion story begins like so many others: not sure of our place within Protestant Fundamentalism, but quite sure it was in there somewhere.

My husband grew up pleasantly Protestant, attending nice New England Congregational or Baptist churches; I grew up fiercely anti-Catholic, attending whatever strong-armed Independent Baptist or nondenominational places my church-hopping parents deemed worthy of our attendance (In all kindness, however, we were at least in churches and I can honestly say that I’ve never not believed in God). We were convinced that all others were not real Christians, especially Catholics, who were considered the most dangerous since they thought they were. Perhaps especially Catholics, because my parents had left the Church when I was ten years old and like an angry divorcee, bad-mouthed Her feverishly.

After our marriage and Ken’s re-enlistment in the Marine Corps, we moved to NC, where the church we liked best was part of a Pentecostal denomination, the Assemblies of God. The preaching was fiery, the services long and emotional, and the music pulled one from the depths of weeping to the heights of dancing. It was exhausting and invigorating. Ken began taking seminary correspondence courses and received a BA in theology, then completed the licensure process as an AG minister. He was a part time youth pastor and substitute preacher during his final two years as a Marine.

We then moved back to AK with our newborn son, where he took a position as program director for Teen Challenge, a drug and alcohol rehab facility run by the AG. During the eighteen months there, our baby was diagnosed with cystic fibrosis, beginning months (maybe even years) of hell. It is difficult to write of the tangled web in which we found ourselves struggling.

“Divine healing is an integral part of the Gospel. Deliverance from sickness is provided for in the atonement, and is the privilege of all believers.”

Sounds great, but how does this “truth” play out in real life? Here are some of things shared with us, sometimes shouted at us:

Don’t receive it.
Sickness is from Satan.
Stay at the altar speaking in tongues until you get your healing.
Just believe he’s healed.
If you have faith, it will happen.
It’s promised.

So when a healing does not occur, the flip side of this wilting spirituality is that something is wrong with the pray-ers ~ us. Our faith. Our prayer life. Our trust in God. Our worship. We had secret sin. We didn’t love God enough. We didn’t love others enough. We didn’t sing enough or speak in tongues enough. If “divine healing is the privilege of all believers” were we not true believers, then?

We left AK and moved to NC, where Ken pastored a small, mountain AG congregation. Those “simple country folk” were even worse. They questioned Ken’s very salvation to our district presbyter. Since he obviously didn’t have the faith and love for his own son to be healed, then they didn’t want him pastoring or praying for them. After one year, we resigned and packed up again with a second son, heading back to AK. This now marked five years in “active, full-time ministry”, meaning Ken was cleared to proceed into AG ordination. Not only did he not apply, he sent back his license.

Ken had also now completed a Master’s degree in counseling, and he found employment in the mental health field. We stayed away from the AG and returned to the Covenant denomination (where we had met and married in RI.). Ken taught adult education and substitute preached. We had a baby girl and settled into the pleasant life of respectable Protestants.

We observed several troubles in the church which facilitated deeper study. Ken began researching church authority and I began researching the denomination’s stance on abortion. Somehow (which was, of course, the Holy Spirit) we both ended up reading the Catholic Church’s positions on our topics of study. We were hooked.

Once we decided to investigate the Catholic Church’s claim to be the Church founded by Jesus Himself, we bought lots of books. We rose early to read and spent our evenings reading. We interrupted each other in excitement and shook our heads in anger.  I have just one year of Bible college, but Ken has two degrees from a Fundamentalist seminary and he was furious that the first 400 years of Church history were largely ignored, save a few smart, pithy Aquinas and Augustine quotes; even though those early Fathers were prolific writers. He realized that someone lied. Probably not his professors, but someone. I believe that most anti-Catholics parrot what they’ve been told about the Catholic Church instead of learning what She really teaches. The late archbishop Fulton Sheen once quipped that there are not more than 100 people in the world who truly hate the Catholic Church, but there are millions who hate what they perceive to be the Catholic Church. Ken procured a copy of the Catechism and I devoured the Surprised by Truth series and several of George Weigel’s books. We read every single “faith tract” in Catholic Answer’s library, then ordered them to have our own hard copies. We were surprised. Shocked, even.

Mary as the New Ark of the Covenant, the communion of saints, the full Hebrew Scriptures, the Church as the pillar and foundation of truth, and especially the Real Presence ~ my theology and history buff husband was in love! We read of Anglican minister John Henry Newman, who traced back, century by century, beliefs such as the aforementioned that anti-Catholics have sneeringly dubbed “pagan beliefs from Rome’s corrupting influence.” He found that they all were believed and practiced long before Constantine legalized Christianity; indeed, even before the New Testament was codified. This is easy to research and verify. He then coined a delicious phrase:

“To be deep in history is to cease to be a Protestant.”

Then we got very nervous. We realized that this was no longer simply an interesting study, but that this was a search for Truth. We began to read anti-Catholic literature and secular textbooks, in order to balance ourselves out, but we found verified Church history, sloppy scholarship, or deliberate falsifying of Church teaching.

“My God, we’re going to have to become Catholic,” I said to Ken one evening, pushing my chair back from the computer and looking askance at him. “We already are in our hearts and minds,” he answered. I was not excited yet; I was thinking about what we’d be giving up. Ken would never preach again; we would lose the comfortable companionship of our friendly little church; we would have to explain to the boys (aged 7 and 9) what we’d learned and what we had to do; we would move into unfamiliar ecclesiastical territory.

But since we were convinced that the Church was a Truth-teaching mechanism set in place by our Lord Jesus Himself, we wrote the letter to our pastor and church council, resigning positions, informing of plans, and thanking them for friendship and fellowship.

Then we called the office of the only Catholic church in town and requested a meeting.

17 Replies to “From Christian Confusion to Catholic Clarity”