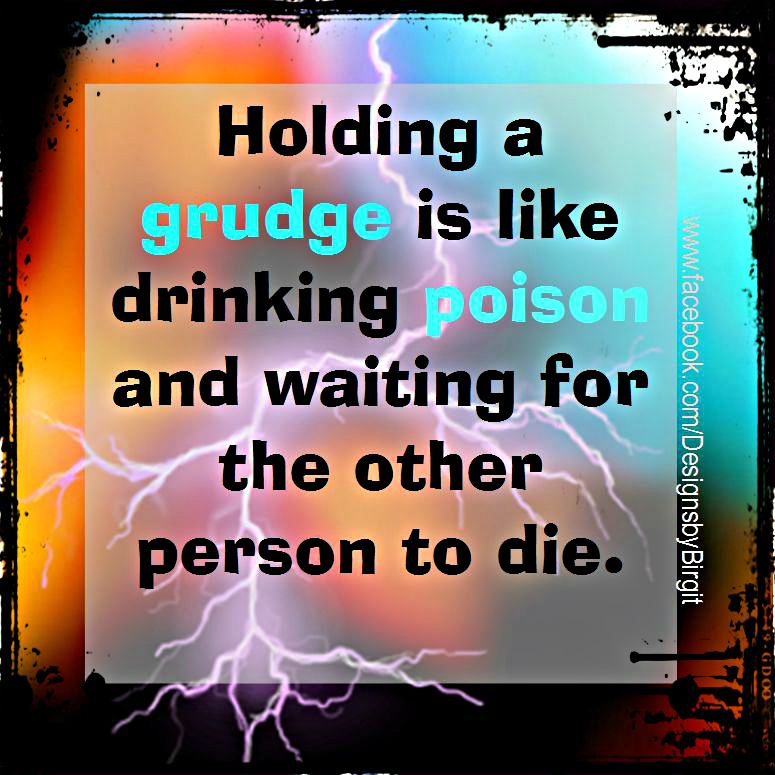 It’s evident that I’m not alone in a struggle with someone intimately linked to my life. I have heard many stories portraying similar, unfortunate circumstances. You know, someone in your family or close circle of friends, who persistently goes out of his way to hurt you. I’m not talking about the occasional butting of heads that many of us encounter in our flawed human interaction with other flawed humans. What I’m contemplating is something far more disturbing and difficult to charitably fathom. This type of animosity makes others take notice, their facial expressions revealing their shock – ‘what the heck’!? What do you do in such a situation? How long do you persist in trying to make amends? To whom do you go for advice?

I have had a couple such encounters in my life and, in fact, have been struggling with one for over 20 years. In an effort at full disclosure, I must confess to active participation on my part – initially. It’s a case of those reflexive pushing back types of reactions which sometimes make both participants uncomfortable company for anyone who is not playing their flawed game. Either that or observers feel the need to choose sides or make ineffective (and temporary) attempts to settle the matter. If you’re lucky though, after a while, the snide comments and fleeting, glaring stares give way to a desire to wipe the slate clean – so you do. You and this person come to a detente – after all, why waste precious time on disharmony when there’s so much joy to be had? You go to confession, you commune with one another and all seems right with the world. And then…
.

This Isn’t Going Away, Is It?

Somehow the fleeting peace fails to last and this time, you’re trapped as an unwilling participant in a battle from which you’ve walked away. You have prayerfully discerned that this is a sinful situation – as in occasion of sin – but the other persists in their vitriolic contact. So what to do? Perhaps going to the person in question and having an in-depth conversation will work wonders. But that doesn’t work in the most difficult of such situations. Conceivably the next step is going to someone who knows you both, who can impartially seek a common peace.
.
And still, it persists. In an effort to forgive the seventy times seven Jesus asks of us, you might finally find yourself making another appointment with your parish priest or spiritual director. After thoroughly listening to your distress, the resulting advice might be surprising. If all efforts at peace have resulted in an inadequate outcome; if there simply is no hope for a fruitful relationship, you may simply need to walk away. This isn’t easy – especially if you have close ties to the person in question. How do you walk away from someone who is intimately connected? And how realistic is it to expect for the unrest never to cross your mind or interactions with others who know you both?
.

So What to do? 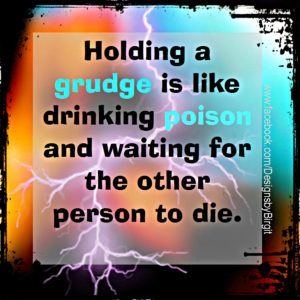 I once read some sage advice. Every time that the hurts resurfaces – whether they are remembered conflicts
or new transgressions – say an Our Father for the person causing you pain. When you get to the line, ‘forgive us our trespasses, as we forgive those who trespass against us’, it’s impossible to hold onto the resentment if you truly mean what you’re praying. After all, don’t we recognize that we aren’t worthy of forgiveness in our own transgressions? Forgiveness comes from the gift of Jesus and His dying for us. It’s not something we earn or are entitled to expect. Rather, it’s a gift of love. Remember Jesus telling us to love even our enemies?
.
Is this any different than Jesus forgiving those who persecuted him? Didn’t He set a really high bar for us when he lived the example of the ultimate forgiveness? Is it any more difficult than Him saying, ‘they know not what they do’? If we expect to follow Jesus – at all costs – how can we justify holding onto a grudge against those who persecute us? In the same way that we, flawed as we are, find that we need to confess the same sins again and again – that is the way that we must resolve to step aside from the hurt feelings and grudges we might feel toward those who persist in hurting us. Didn’t the Sanhedrin give false testimony against Jesus? Didn’t He have to endure the most excruciating pain, betrayal, and slander – even unto death on a cross? Who then, are we, to expect better than the treatment He received? “Forgive us our trespasses as we forgive those who trespass against us.”
.
“But I say to you, Love your enemies and pray for those who persecute you.”
Matthew 5:44
.
Father, please give me a contrite heart. Help me to resolve to never sin against you again. Give me true repentance and forgiveness so that I may give forgiveness too!  Amen!

One Reply to “Forgiveness: Is Someone You Love Poison for Your Soul?”