Venerable Archbishop Fulton Sheen seems to have been a prophet before his time. His quotes appear to resonate even more today than they did during his lifetime. They certainly belie an almost otherworldly understanding of what the citizens of today will be facing when they vote. We would do well to note that Sheen, like the Church herself, had much to share that simply does not go ‘out of style’. As we approach one of the most ominous election cycles I have experienced during my 55 years, it is also good to examine what Catechism of the Catholic Church (CCC), has to say about our duties of forming a Catholic conscience when it comes to civic responsibility.

The Church teaches us that we, as the people of God, have duties as faithful citizens. Among these is the obligation to vote. This duty is not to be taken lightly, especially since the line in the sand has been so clearly drawn in relation to the five non-negotiable issues presented by our Holy Mother Church, and there have been alarming developments in all five areas during the past several years – especially during the current administration. 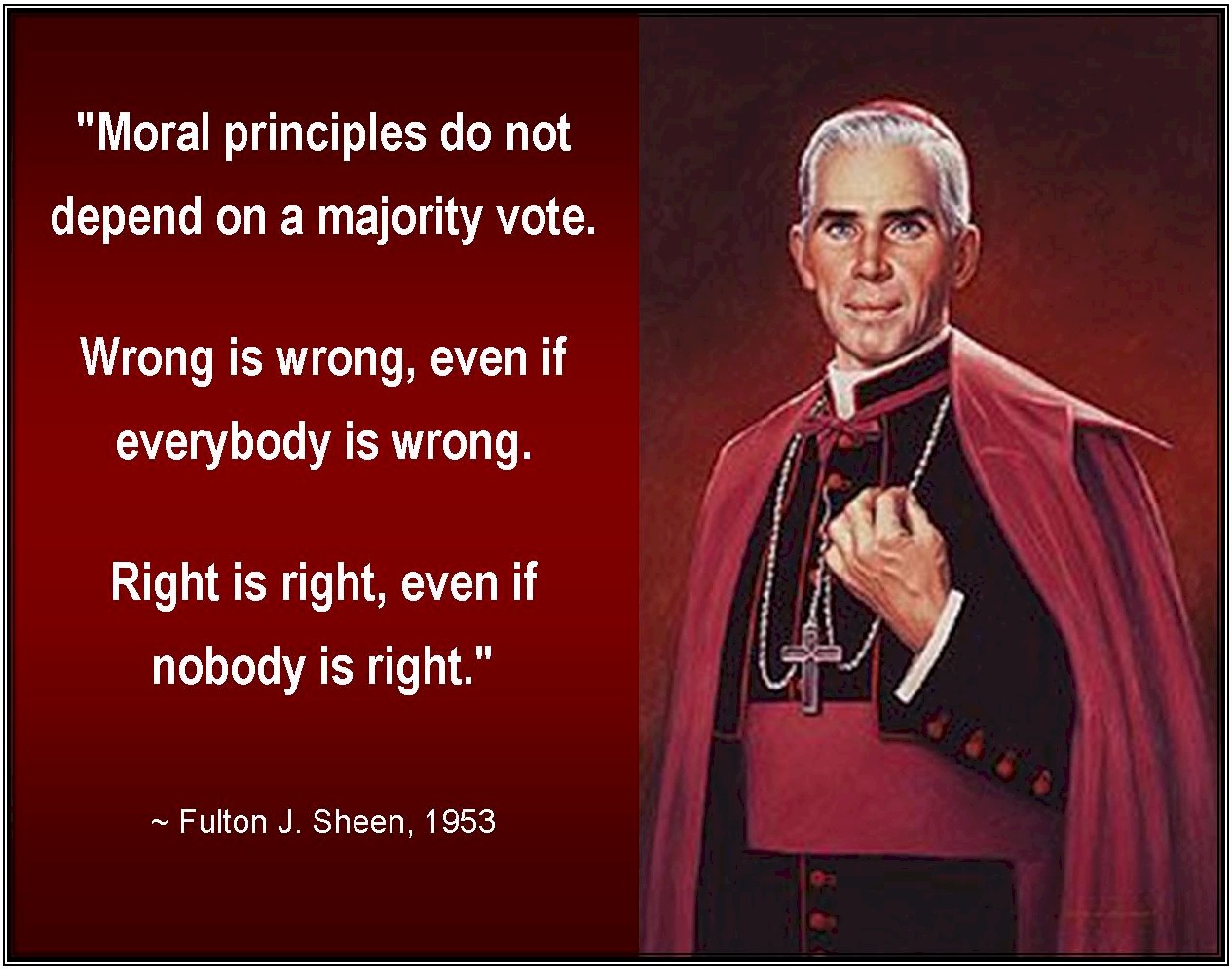 Are we to lose heart in all of this? Heaven forbid. Even surrounded by such perverted justice, let us remember that ‘with God, all things are possible’ and our choices are really quite clear cut when viewed with a well formed conscience. Here’s where the non-negotiable issues make our voting options very clear. These five issues represent areas for which there can be NO COMPROMISE. Unlike other topics such as just war, poverty, the death penalty, and immigration – there is simply no alternative but to completely oppose them!  Under the danger of grave sin – they are to be at the top of our list of issues!

All other issues have two (or more) sides, if you will. Good Catholics can disagree about how to handle poverty, for instance. Some may believe that the Federal Government should hand out entitlements to give aid to the poor, but it is equally acceptable to believe in subsidiarity which focuses on the lowest level at which true charity is achievable. Otherwise there is a danger of socialism – a theory that has been strongly opposed by popes throughout the ages. Pope Leo XIII’s statements in his encyclical Quod Apostolici Muneris strongly criticized socialism, and it was denounced again in Quareagesimo Anno in 1931 by Pope Pius XI, and he ventured to write, “no one can be at the same time a good Catholic and a true Socialist”.

Socialization also presents dangers. Excessive intervention by the state can threaten personal freedom and initiative. The teaching of the Church has elaborated the principle of subsidiarity, according to which “a community of a higher order should not interfere in the internal life of a community of a lower order, depriving the latter of its functions, but rather should support it in case of need and help to co- ordinate its activity with the activities of the rest of society, always with a view to the common good.” CCC 1883

When the principle of subsidiarity is ignored, governments often overstep their bounds in managing matters best handled on a more local or individual level. 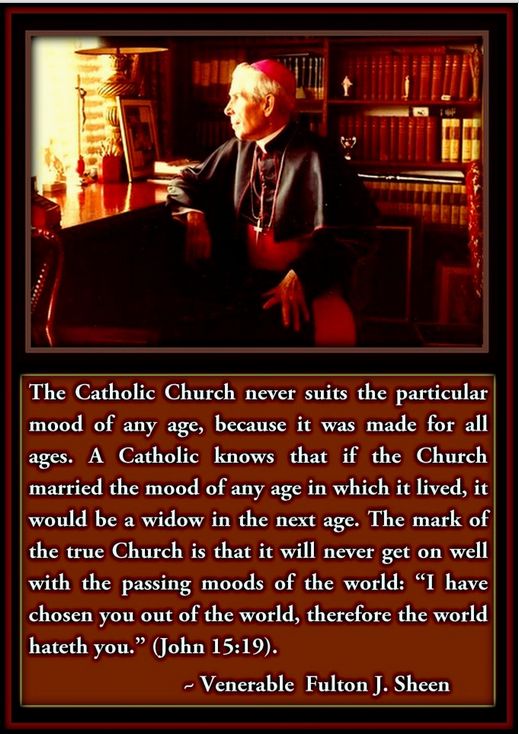 Contrary to how some perceive the Seamless Garment theory, issues such as poverty and the death penalty also do not carry weight equal to the five non-negotiable issues. Although many bishops and Catholics of good faith are working toward a legislative end to the death penalty, there is a monumental difference between the totally innocent lives at stake through abortion, embryonic experimentation, and cloning (as well as the helpless elderly) and those who have been tried by a jury of their peers and found guilty by civil authority. This is another area where good Catholics are allowed room to disagree.

Just War is another example of an issue in which we are allowed choices. Considering that civil authority has the right and obligation to defend its citizenry, the CCC states:

Legitimate defense can be not only a right but a grave duty for one who is responsible for the lives of others. The defense of the common good requires that an unjust aggressor be rendered unable to cause harm. For this reason, those who legitimately hold authority also have the right to use arms to repel aggressors against the civil community entrusted to their responsibility. CCC 2265

We must acknowledge that those privy to military intelligence and government security clearances are much better equipped to make such decisions. Again, if we have objections to the way this is being handled, we have recourse in petitioning our elected representatives in an effort to bring about a change in policy. This is, however, not one of the five non-negotiable issues.

We may also find ourselves with choices that offer two less than perfect candidates. This is where the gift of reasoning comes into play. As Fr. Frank Pavone of Priests for Life states,

“I’m often asked what a voter can morally do if two opposing candidates both support abortion. I recommend asking a simple question: Which of the two candidates will do less harm to unborn children if elected?”

If you are tempted to retreat from your obligation to vote, you need look no further than the CCC for your answer:

Submission to authority and co-responsibility for the common good make it morally obligatory to pay taxes, to exercise the right to vote, and to defend one’s country CCC 2240 [Rom 13:7]

In summary, while there are many important issues facing citizens today, it is imperative that we prioritize according to the wisdom of the Church. Only a properly formed conscience – one that has been educated about the specifics of faithful citizenship – is equipped to properly and faithfully make choices in the voting booth. To blindly vote from emotion, rather than clearly discerned fact and in consideration of the five non-negotiable issues, could be gravely sinful. It is our moral obligation to learn the positions of the candidates and to know the mind of the Church. So, when choosing the candidates to represent us, we are admonished to give priority to the five non-negotiable issues:

Only then will we be morally practicing the duties of Faithful Citizenship!

20 Replies to “Faithful Citizen: Vote with a Well Formed Conscience”