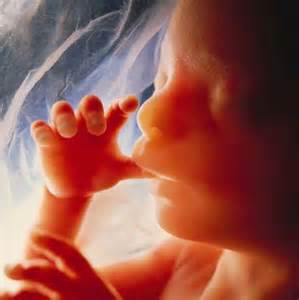 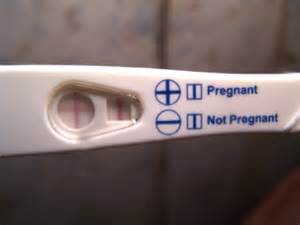 When I saw the second pink line on the pregnancy test, I felt sick.

All the reasons why this pregnancy was a catastrophe went through my mind: I’m riddled with chronic back pain and severe fatigue…I’ve been taking pain meds every day…we’re in the middle of an international adoption…we can barely take care of the three little ones we have.

I could already hear my in laws’ reaction at the news we were expecting our fourth; we’d already gotten lectures with our third child about how we needed to “slow down.” Oh sure, we’d get the perfunctory congratulations on the phone, but privately I knew they’d tsk tsk over how foolish we were to be pregnant again. Especially since we could have avoided this extra burden with a neat and tidy outpatient procedure for my husband.

The thing was, though—I agreed with them: This baby was a burden and I really didn’t need this right now. Even more galling was that I was a trained NFP instructor. Not only that, but I was the NFP coordinator for the entire diocese! We’d used the most conservative rules of NFP, yet here I was with a bona fide “method failure” pregnancy on my hands.

My pride, however, made sure no one but me knew this was an unplanned pregnancy. The in laws were outright lied to: “Oh, I’ve been wanting another baby for a while now.” I put on my good Catholic girl face and excitedly told our fellow parishioners we were pregnant again. I accepted their congratulations with a smile, agreeing with them that we were just so blessed.

Privately, though…privately, I was mad as hell at God.

For weeks after finding out we were pregnant, I couldn’t pray or read Scripture or focus during the Mass. I made an appointment with our priest. While telling him about my spiritual struggles, I demanded to know how God could foist this surprise pregnancy on us. It didn’t help that I’d been hit with severe nausea and vomiting that was ten times worse than any of my previous pregnancies. Combined with the back pain and fatigue, I was physically destroyed most of the time and unable to do much of anything other than lay on the couch all day while my three kids foraged in the pantry for snacks and watched cartoons. “I’ve tried so hard to be a good Catholic, Father,” I whined. “So how can God pile even more suffering on me with this baby?”

Our priest was gentle, but firm: “You can’t work in the NFP ministry and tell people they ought to be open to life unless you’re prepared to live that out yourself,” he said. “This child is a chance to witness to the world that we Catholics value life even when it doesn’t come at a convenient time.”

As the weeks wore on, I tried to get more excited about being pregnant, at least for the sake of our children. Our oldest, who was seven at the time, was ecstatic we were having a baby. So once again, I put on a smile and talked baby names and planned for the nursery. But inside, I felt…flat. Though the resentment had faded, I just couldn’t muster the same enthusiasm for this baby that I had for the first three.

At 18 weeks, we went in for our regularly scheduled prenatal appointment. The nausea and vomiting had stopped a week earlier and we expected to find out the baby’s sex in a few weeks. The tech squirted warm gel onto my belly and after a few swipes of the wand, the outline of our child’s body took place. There, in hazy outlines, I could see his head, legs, and chest. I looked for the signature flash in the center of the torso, but the screen was a flat gray.

“I’m so sorry,” she said. “There is no heartbeat.” And with that, we knew our child was gone.

Within seconds, hot, stinging tears flooded my eyes. I began to sob, as the loss settled onto my heart like a stone. I’d spent four months resenting that this baby existed and now the agony of losing him was eating me alive. The guilt was almost as overwhelming as the grief.

As we walked back to the car, my husband began to talk about funeral arrangements and I was shocked out of my numbness as the next later of darkness wrapped itself around my heart. We had lost our child. I was going to have to labor and deliver a dead baby. We would have to have a funeral for our baby. These terrifying thoughts swirled in my head and I felt exhausted, as if I had just run a very long race.

That evening, we told our children their sibling had died. In many ways, seeing our kids in emotional pain was even harder than getting the news ourselves. Our oldest clung to me, weeping tears of bitter disappointment. Only later would I realize the extent of her grief, as it would take her several years to fully process the loss.

Two days later, I went into the hospital and delivered our fourth child, Benedict Jordan. As I sat there in the hospital bed and held the lifeless body of my son, my knowledge about the sanctity of human life ceased to be intellectual, but instead became a truth I knew in my very bones. In a moment, all guilt evaporated, as I realized what a precious gift he was, even in death. I knew that I’d loved him after all, had always loved him, even if that love had lay hidden beneath my ugly, worldly selfishness.

As I stared at his perfectly-formed little body, at his slender arms and legs, his perfect little face…I knew my son was a person in his own right. My own feelings about him—whether he was planned or unwanted, whether his existence was greeted with the most fervent joy or with fear and loathing—none of that impacted his intrinsic value. Staring at him, I understood the foolishness of the slogan, “Every child a wanted child.” My son was a human being and that fact alone merited him a rightful place in our world, gave him value independent of whether he was “wanted” or not. In his silent features, I saw the truth about unborn children proclaimed loudly and unapologetically: “I want you to love me, but I don’t need you to…I’m valuable because I exist; I don’t exist because I’m valuable.”

In a week, our country will mark 41 years of abortion on demand. For more than four decades, we have allowed men and women to bestow personhood on their offspring; if their child is wanted, he’s a person and given all the rights and protections the rest of us enjoy. But if he isn’t, he can be disposed of like so much biological garbage. Something as nebulous and as subject as the parents’ feelings determine whether a child is named, sheltered, and welcomed or whether he is nameless, destroyed, and forgotten. This is a power that no human being ought to have over another, especially over the most vulnerable among us.

My son went on to God with his dignity completely unfazed by his mother’s selfishness, as does every child who is tragically aborted. May God give our people the grace to recognize and uphold the inherent sanctity of every human life, from conception to natural death.

2 Replies to “Every Child a Wanted Child”