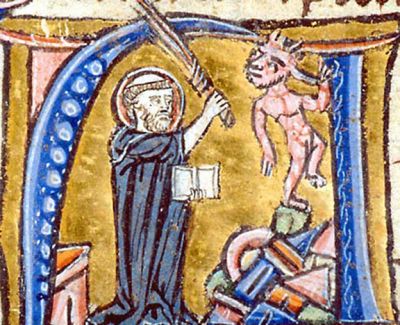 On the day of Pope Francis’ election, a Bible college friend posted this ill-tempered update: “Feeling cynical about Catholicism and their damnable heresies.” I was very nice and refrained from responding, but I remembered. Let us begin a series to examine these “damnable heresies,” which were believed by Christians and taught by their leaders since the genesis of Christianity, the same leaders that eventually chose the New Testament books (which Protestants hold as their sole rule of faith). We must bear in mind that the Church does not teach something because it is in the New Testament; it is in the New Testament because the Church taught it for four hundred years, as we will see.

When the early Church had a problem, it was not solved by checking the Bible (which was not codified until the late 4th century); a council convened that issued binding decrees, as seen in Acts 15: 1-29. Got a theological or practical question? There’s a council for that.

Father or Son?  There’s a council for that (Nicea, AD 325, consubstantial with the Father).

Divine or human? There’s a council for that (Ephesus, AD 431, Fully God and fully human).

Note that Protestants accept council decrees regarding the Holy Trinity and the New Testament books, but no others. They accept that the pope, in conjunction with the bishops and thanks to the Holy Spirit’s guidance (John 16:13), taught infallibly. 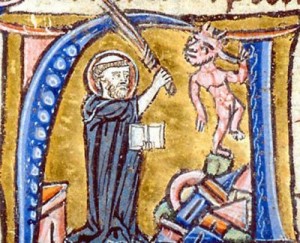 We also have prolific writings of real, live Christians from the first few centuries after the ascension ~ venerating Mary as ever-virgin, begging intercession of the saints in heaven, and maintaining the Real Presence of Christ in the Eucharist. These will be the first three “heresies” to consider, marking that each quote is prior to 397, when the New Testament was officially named.

“The Virgin Mary, being obedient to his word, received from an angel the glad tidings that she would bear God.”  Irenaeus, AD 189

“And I think it in harmony with reason that Jesus was the firstfruit among men of the purity which consists in perpetual chastity, and Mary was among women. For it were not pious to ascribe to any other than to her the firstfruit of virginity.” Origen, AD 248

“Let those, therefore, who deny that the Son is by nature from the Father and proper to His essence deny also that He took true human flesh from the ever-virgin Mary.”  Athanasius, AD 360

*This understanding of Mary as an untouched ark to bear the Son of God flows beautifully with these scriptures:

Intercession of the saints in heaven:

“In this way is he always pure for prayer. He also prays in the society of angels, as being already of angelic rank, and he is never out of their holy keeping; and though he pray alone, he has the choir of the saints standing with him in prayer.”  Clement of Alexandria, AD 208

“But not the High Priest only prays for those who pray sincerely, but also the angels, as also the souls of the saints who have already fallen asleep.”  Origen, AD 233

“Then during the Eucharistic prayer, we make mention also of those who have already fallen asleep: first, the patriarchs, prophets, apostles, and martyrs, that through their prayers and supplications, God would receive our petitions…”  Cyril of Jerusalem, AD 350

Being surrounded by a cloud of witnesses (Hebrews 12:1); the effectual, fervent prayer of the righteous (James 5:16); and the smoking incense of our prayers (Revelation 8:4).

Real Presence of Christ in the Eucharist:

“…see how contrary their opinions are to the mind of God. They abstain from the Eucharist and from prayer because they do not confess that the Eucharist is the flesh of our Savior Jesus Christ, flesh which suffered for our sins and which that Father in His goodness, raised up again. They who deny this gift of God are perishing in their disputes.”   Ignatius of Antioch, AD 110

“For not as common bread nor common drink do we receive these; but since Jesus Christ our Savior was made incarnate by the word of God and had both flesh and blood for our salvation, so too, as we have been taught, the food which has been made into the Eucharist by the Eucharistic prayer set down by Him, and by the change of which our blood and flesh is nurtured, is both the flesh and the blod of that incarnated Jesus.”  Justin Martyr, AD 151

“Perhaps you may be saying, ‘I see something else; how can you assure me that I am receiving the Body of Christ?’ It but remains for us to prove it. And how many are the examples we might use! Christ is in that sacrament, because it is the Body of Christ.”  Ambrose of Milan, AD 390

*And the scriptural flowing:

These are no more damnable heresies than the Trinity and the New Testament –difficult, maybe, but not damnable.  Indeed, they are the teachings of the Church, the pillar and foundation of truth (1Timothy 3:15), established by Jesus when He commissioned the disciples in Matthew 28:16-20: “Go, Baptize, Teach.” We are, of course, glad they wrote letters, too.

(All early quotes taken from The Faith of the Early Fathers.) 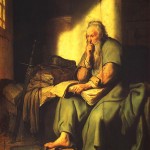