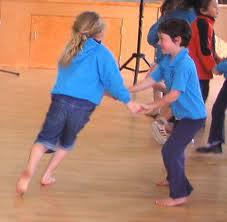 In response to a Bible college friend’s posted problems over Catholicism’s “damnable heresies” (which are actually doctrines traced back to the New Testament, then 400 years back more, to the beginning of Christianity), part 1 dealt with Mary as ever-virgin, the intercession of the saints in heaven, and the Real Presence of Jesus in the Eucharist. This second part will examine three theological “dances,” whereby one partner letting go causes the other one to topple: faith and works, religion and relationship, and babies and bonding. For each of these teachings, both sides are needed to prove the other, to complement the other, to fulfill the other, to make sense of the other. In this sacramental square dance, swing your partner only works when both sides hold on for dear life. 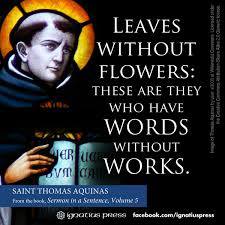 Faith without works is a good beginning; works without faith is a bad middle-to-end.

Before the Christian Scriptures:

Saint Clement’s letter to the Corinthians, AD 80. “We, therefore … are justified by the faith by which almighty God has justified all men from the beginning. What then, shall we do, brethren? Let us be eager to perform every good work earnestly and willingly.”

Saint Justin the Martyr, AD 135. “It is necessary to hasten to learn in what way forgiveness of sins and a hope of the inheritance of the promised good things may be yours. Acknowledge this Christ, be washed in the washing announced by Isaias for the forgiveness of sins; and henceforth live sinlessly.”

Saint Clement of Alexandria, AD 202. “When we hear, ‘Your faith has saved you,’ we do not understand the Lord to say simply that they will be saved who have believed in whatever manner, even if works have not followed. To begin with, it was to the Jews alone that He spoke this phrase, who had lived in accord with the law and blamelessly, and who had lacked only faith in the Lord.”

Faith and works from our holy scriptures:

Ephesians 2:8-10. “For by grace you have been saved through faith, and this is not your own doing, it is the gift of God, not because of works, lest any man should boast. For we are his workmanship, created in Christ Jesus for good works, which God prepared beforehand, that we should walk in them.” (Protestants usually leave out the last verse about good works.)

James 2:22 (the entire passage is verses 18-26). “You see that faith was active along with his works, and faith was completed by works.” (Both partners needed for the dance.)

1John 3:23. “And this is his commandment, that we should believe in the name of his Son Jesus Christ and love one another, just as he has commanded us.” (Love is not a feeling, but action, i.e. works.) 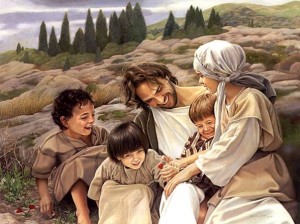 Before the New Testament:

The Didache, or Teaching of the Twelve Apostles, AD 130. This entire work is a rule book about the religion, or binding, of a relationship with Jesus and His Body, the Church.

The Council of Nicaea, AD 325. Addressed disciplinary issues, condemned Arius, drafted a creed ~ important discussions for life as a Christian, similar to a husband and wife needing to deliberate over issues for the good of the relationship.

Evening Hymn of the Greeks, 3rd century. “Joyous light of the holy glory of the immortal Father, heavenly, holy blessed: Jesus Christ!
Having come to the setting sun, seeing the everlasting light, We praise the Father and the Son and the Holy Spirit of God!
It is right that You be praised at all times with holy sounds, O Son of God, Giver of life: Therefore the world glorifies You!

(A new praise song written by new Christians! The Jews, of course, had been writing and singing love songs to the Lord for centuries.

Religion and relationship from the New Testament:

1Timothy 3:16. “Great indeed, we confess, is the mystery of our religion: He was manifested in the flesh, vindicated in the Spirit, seen by angels, preached among the nations, believed on in the works, taken up in glory.”

James 1:27. “Religion that is pure and undefiled before God and the Father is this: to visit orphans and widows in their affliction and to keep oneself unstained from the world.” (Sounds like faith and works, as well.)

Babies and bonding (in marriage). 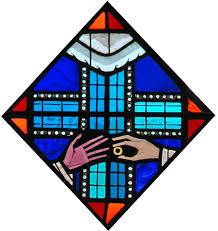 Ignatius’ letter to Polycarp, AD 110. “Speak to my sisters that they love the Lord and be content with their husbands in body and soul. In like manner, exhort my brothers in the name of Jesus Christ to love their wives as the Lord loved the Church.” (Bonding, folks.)

Tertullian, AD 200. “Shall a faithful Christian woman be ashamed to marry one of the faithful because he has not much goods, when she would be enriched for the future by a husband who is poor? How shall we suffice for the telling of that happiness of that marriage which the Church arranges, which the sacrifice strengthens, on which the blessing sets a seal, which the angels proclaim, and which has the Father’s approval? (What a wonderful statement!)

*A humorous aside: Tertullian also said, “We share everything we have. Except our wives.” (Glad to hear that.)

Saint Hippolytus of Rome, AD 222. “For this reason, some women began to take drugs to render themselves sterile and to bind themselves tightly so as to expel what was being conceived…See then, into what great impiety that lawless one (Callistus) has proceeded, by teaching… murder!” (Babies often come with the bonding.)

Babies and bonding in the Bible:

1Timothy 2:15. “Yet woman will be saved by bearing children, if she continues in faith and love and holiness, with modesty.” (Real, powerful feminism.)

Ephesians 5:21-6:4. The entire passage is titled “The Christian Household,” with exhortation and encouragement for husbands, wives, and children; and sacramental analogies pointing to Jesus and the Church. It’s beautiful.

Hebrews 13:4. “Let marriage be held in honor among all, and let the marriage bed be undefiled.” (No used women and no jerky men.)

While our separated brethren often take an either/or approach to these doctrines, damning those that hold to the “other” side, Catholics take it all, embracing both/and. I’m glad of it, for my real life fluctuates between the sides. Sometimes my faith is weak and my relationship with Jesus is rocky and all I manage is doing some works of our true religion. But God is my dancing partner and He doesn’t let me topple (completely), although I get dragged a bit and step on His feet with the grace of an ox. Eventually these holy acts bring me back to my faith-filled relationship and my square dance is back on.

*All information is from Faith of the Early Fathers.