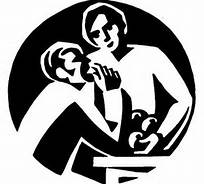 I had just had dinner with my husband at a restaurant near our local university.  They happen to serve huge portions, so I divided my meal in half immediately and placed the other half in a to-go box.  Upon exiting the restaurant, there was a man– probably homeless, possibly intoxicated—asking for a handout.  My husband, asks, “You need money for food?”  He replies, “Yes, for food.” So husband reaches over, takes my box with my meal in it, and hands it to the man.  He said thank you, but I am not sure if he was necessarily grateful.  The occurrence sparked a conversation between my husband and me about charity.

Charity is such a loaded word.  Its connotations range from compassion to pity.  Is charity patronizing or is it generous?  It originates from the Latin word caritas which means “dearness, high regard, love.”  Feeding someone who is hungry is an expression of love, but let’s be honest, several of us pass judgment when it comes to giving MONEY—to an individual or an organization or group.  There is probably nothing wrong in scrutinizing a group to make sure we are donating to an organization that does not violate our morals and values.  However, do we do the same with individuals who could benefit from our generosity?  I have heard people say that they will not give a dollar to a pan handler on the side of the street because “He will just buy booze anyway” or “I’ve heard they are scammers” or “I’m willing to buy him a meal, just not give him money.”  I imagine most of us are personally conflicted about this.  St. Thomas Aquinas, said, “Because of the diverse conditions of humans, it happens that some acts are virtuous to some people, as appropriate and suitable to them, while the same acts are immoral for others, as inappropriate to them.”  So how can we judge what an individual does with money received– or even earned, for that matter?

St. Thomas Aquinas also said, “The highest manifestation of life consists in this: that a being governs its own actions. A thing which is always subject to the direction of another is somewhat of a dead thing.”

Therefore is it more charitable to let an individual decide how and what to feed himself than to impose our version of charity, which may be: I will help you only if you spend the money I give you in accordance with my will?  Will we leave that individual dead as St. Thomas Aquinas says?  How do we maintain a person’s dignity?  The memory of the evening we gave the man our food keeps resonating with me.  The food is what we had to give at that moment, as we seldom even carry cash anymore, but I keep hashing it over in my mind, did we take away his will or dignity by giving him a meal instead of scraping together what little money we had and giving a handful of coins?

My point is this: as long as God knows our hearts, and as long as our motives are pure, giving what we have to give– in any form– is a good thing.  We may indeed think someone will take our money and spend it on liquor or drugs, but we will probably never know.  But like giving to an organization that we know all about, we can make the choice of whether or not contribute if it is certain that the money will be used for more destructive purposes.  The uncertainty is what makes this a moral issue for me.  Am I doing more harm to that individual by facilitating a damaging habit with my contribution?   I think that is why most people feel more comfortable in being charitable with basic needs: food, water, blankets, and clothing.  There is likely no question how those things are used by an individual, because even drug addicts need food and shelter and clothing.  I have no solution.  Yes, we should be charitable, but it is necessary to maintain an individual’s dignity.  That is what St. Thomas Aquinas would say is true charity. 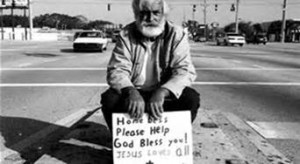 A portion of society contends that a “hand-out” is not a good thing and that it takes away the dignity and empowerment of a person.  There is also a portion that believes that all wealth should be apportioned equally and there is no responsibility on the part of the receiver, only on the part of the contributors.  Neither one of these sits well with me. I do want to live in a world where there is no hunger, but I also want my children to realize the fruits of their labors and then learn to be generous with what they have worked for because it is the right way to please God, not to expect entitlements by virtue of their humanity.  Pride gets in the way of this.  St. Vincent de Paul, whose feast day we celebrate today, said “You must ask God to give you power to fight against the sin of pride which is your greatest enemy – the root of all that is evil, and the failure of all that is good. For God resists the proud.”  Those who are too proud to be helped when they legitimately need assistance and those who feel entitled to all their own spoils because they earned them are sides of the same awful coin of pride.

Above all, charity requires us to love.  Our intentions and our affection towards other human beings must be part of giving and receiving. St. Thomas Aquinas was inspiring because he believed in the dignity of the individual and the obligation of every human to every other human.

“Men should not consider his material possession his own, but as common to all, so as to share them without hesitation when others are in need.”  St. Thomas Aquinas

3 Replies to “Charity—the Word on the street…”