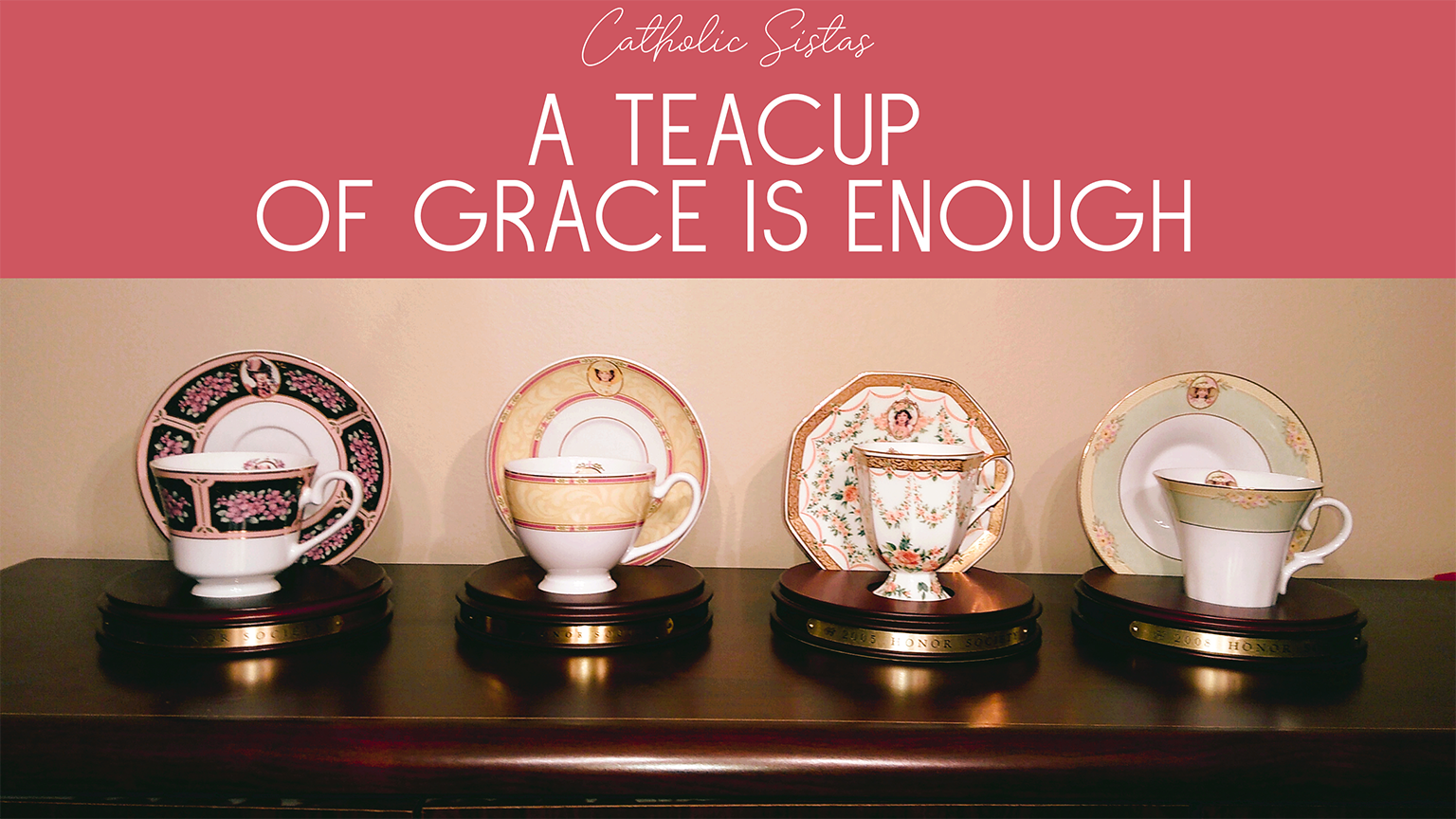 It started when I worked in the china section of a department store in college, registering brides for their china patterns. I was raised by wolves near Appalachia and my family was so poor we were homeless at times. Once we lived in a tent for four months and another time, in a house with dirt floors. So maybe it’s the elegance and beauty of china that is so appealing to me, because it represents something so different from the squalor in which I was raised.

A few weeks ago, I decided to homeschool my six- and nine-year-old daughters. I have a teacher’s heart, and loved homeschooling my three older children, who are now teens and in public high school. The “littles” and I are starting out with a unit on France, since I’m reasonably fluent and we can weave in foreign language, geography, The Little Prince and Madeleine, St. Therese and St. Joan, and a trip to a local French bakery for macarons.

Similar to the British, the French also have an afternoon teatime they call “le Goûter,” which consists of tea and sweets to tide them over to their uncivilized dinner hour of 8pm. The idea inspired me to launch our homeschooling venture with a new tradition–every day that my girls do their schoolwork with minimal haranguing, we’ll have a cup of tea and cookies at 2pm. Our own petit le Goûter.

I found some lovely teacups and saucers online and arranged to pick them up one evening. When I got there, I was greeted by Anneke, a gregarious 82-year-old lady who was delighted when I told her how I would be using them. She had won the sets for being one of Avon’s top sellers in past years. As I admired her collection of teacups–and dolls, bells, and beer steins–she  shared some details about her life. She has lived in seven countries, but was born in the Dutch East Indies to missionary parents. When the Japanese invaded the islands during World War II, they put her entire family into a concentration camp. After the war, the Indonesians ousted the Dutch and her family fled to Holland.

As I listened to Anneke, I was struck by how glibly she spoke about this unimaginable suffering in her past.  She spoke about how difficult it was to have her mother, father, and six siblings separated from each other as they were sent to different parts of the camp. Yet there was no bitterness in her voice. In fact, she remained warm and gracious the entire half hour we spent together.

As I thought about my own struggles over the past few months, it made me realize that the only true antidote to suffering and evil is God’s grace, for that is the only thing that makes forgiveness and healing possible. Through an unexpected source, the Lord reminded me once again that His grace is enough. It is always enough.

As for the teacups, they are beautiful, of course. And I love that every time we use them, I’ll think of this lovely lady and say a prayer for her, because she is proof we can endure anything and not become embittered if we rely on God. Here’s to the indomitable Anneke!