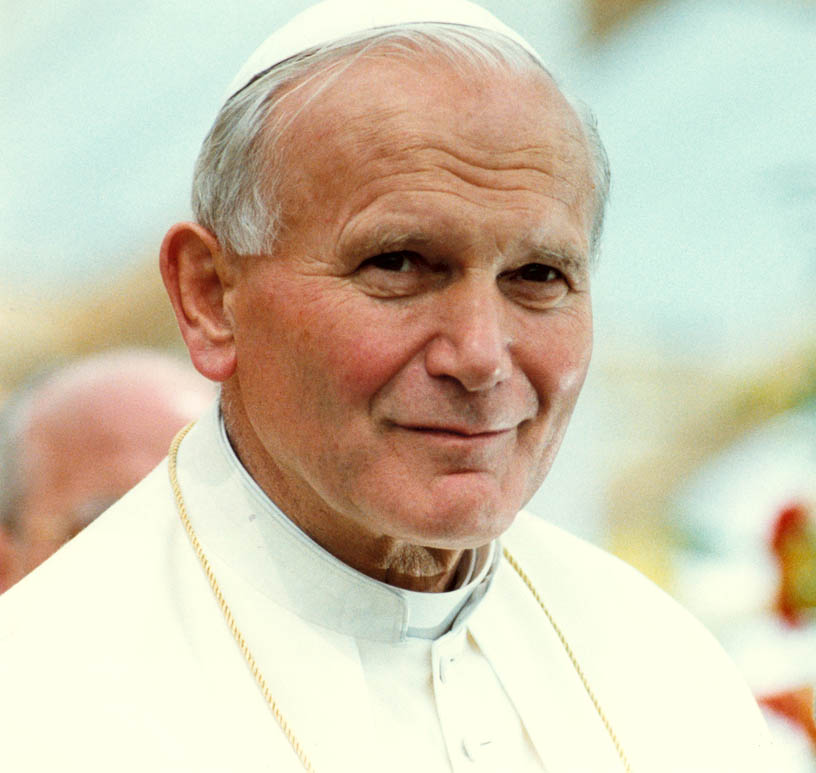 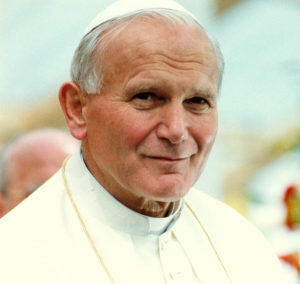 This Sunday, on Divine Mercy Sunday, our beloved Pope John Paul II will be canonized as a saint. I doubt there was a single person who questioned that this day would one day come. Many of us are so thrilled that it is sooner than later! What a joy this day will be for all of us! I feel very blessed to be able to witness his life, his death, and his official canonization.

In his honor I want to share something I wrote on April 2, 2005. When our wonderful Papa died I felt it very intensely. How funny that a man I had never met, had never talked to, and who didn’t even know I existed would have such an impact on my life. But he did. He was such an influence in my life and I, like so many, mourned when he died. I look up to him for his teachings on life and love, forgiveness and trust. He touched me in so many ways.

I would love if you would share your memories of our amazing Papa with us. In the coming days we are sure to see how the world remembers him but I would love to hear how he affected your life. Has he helped changed the way you view others? Your view on life? Faith? How and why was he important to you?

Below you will find my memories of the days following his death. My heart still misses this great man but I know he has claimed his heavenly inheritance and is surrounded by all the other saints and angels giving praise to the Father, the Son, and the Holy Spirit. What better reward could one ask for? On Sunday I plan to celebrate with the world as our Church recognizes and canonizes this great man. May we each live our lives in such a manner that glorifies our Lord in all we say and do. May those who see us in turn see Christ’s light shining brightly in the dark night.

A Sad Day for the World 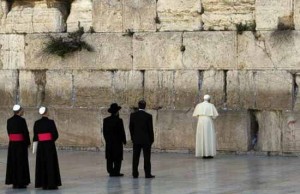 Regardless of the faith you profess, the passing of Pope John Paul II is very sad. As a Catholic I am sad for many reasons but mostly because he was such an outstanding human. Notice here I didn’t say Catholic, I didn’t say Christian, I didn’t say man. I said human. The Pope could see past the invisible lines that separate us all from each other. He bridged gaps between Christians and Jews, between Christians and Muslims, between Jews and Muslims. He wanted the world to be united in its love for God. He took tremendous strides in helping to heal past pains and to make steps toward that ultimate unity that he knows the Lord hopes for. Yes, he was the leader of the Catholic Church, but he was a man that mirrored Jesus’ life, one filled with the love of God, concern for others and an unwavering faith. 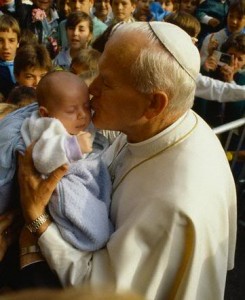 The Pope was so concerned about human rights that he made it a pillar of his ministry and evangelization. He lifted human life up and reminded us that we are made in God’s likeness and so must respect life in all its forms… from the unborn to the handicapped; from the youth to the elderly; from Americans to Africans to Europeans. All life was sacred and he was at the forefront in helping to defend and preserve the sanctity of life. He was definitely one of the soldiers in God’s army… ready to defend the gifts and the precious life that God gave us.

I have sat watching the news channels, seeing the life of the Pope unfold, hearing the testimonials from not only Catholics but from Jews, Muslims, and other Christians throughout the world. I am in awe at the far reaching affect that Pope John Paul II has had. God certainly worked through this holy man. He has touched so many lives. I think that some might think he had no effect on their lives but his firm stand on moral issues, his willingness to help all others and his desire to unite the world for the Lord does touch every single person.

I feel lucky to have lived in a time that was blessed with a man as holy and as dedicated to the Lord as Pope John Paul II was. We should all strive to have the faith and dedication that he possessed. I am sad that our Pontiff has passed but am thrilled to think of him in Heaven. He is no longer suffering. He is with our Lord Jesus now and one cannot be sad about that!

I pray that we are further blessed with another Pope who is as dedicated to God and His people as Pope John Paul II was. I pray that perhaps others will view the Pope as not just the leader of the Catholic Church but as an ambassador from God. Someone sent to help the world continue to heal, continue to strengthen our bonds and help us to see and live the life that God is calling us all to live. 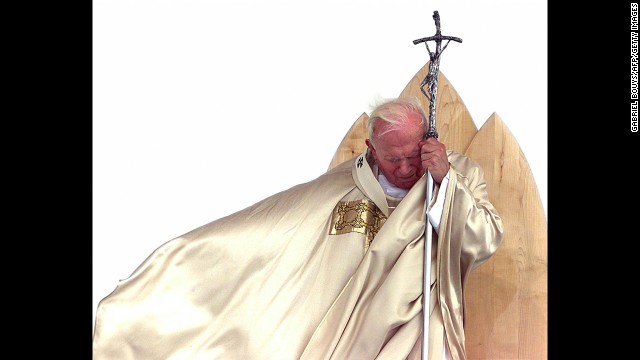 9 Replies to “A Beloved Pope Becomes a Beloved Saint”