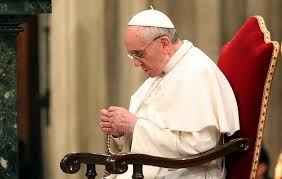 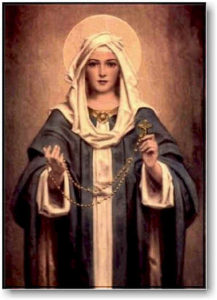 One of the things I love about Advent and Christmas is the extra emphasis on the Blessed Mother. As a motherless Catholic, it’s been easy to embrace Mary as my own mother and I always love hearing the Scriptures about her this time of year.

For most of my years as a Catholic, however, I struggled with one of the most traditional Marian devotions–the rosary. A year or so after my baptism, I picked up a pamphlet explaining how to do it, bought myself a lovely rosary at the parish bookshop, and settled down to embrace the devotion that countless saints and the most ardent Catholics in my life insisted was a “must” for anyone wanting to grow in holiness.

Except I hated praying the rosary. I found the whole thing pedantic and boring. My mind would inevitably wander…I could either focus on saying the prayers or meditate on the mysteries, but not both. And I could never get more than a few minutes into a rosary without being interrupted. (I even started getting up an hour before the kids, only to have them inexplicably wake up 10 minutes after I started praying. Can we say spiritual attack?)

So I put it aside for a while, trying again six months later. Yet I just couldn’t “get” the rosary the way I could novenas or litanies. I’d try every year or so, with the same effect. By the time I had been a Catholic for a full decade, I had a genuine, personal love for the Blessed Virgin, but the embrace of her most favored devotion still seemed to elude me. Apparently, the rosary was for those “other” Catholics, but not for me.

Then my 20-year marriage went through its worst trial ever as my husband began to experience severe depression as part of his post-traumatic stress disorder (PTSD). He told me he felt emotionally numb; when pressed, he admitted he saw me as nothing more than a really good friend. These are not the words a wife ever wants to hear and I was devastated.

Fortunately, my husband is a humble man and he agreed to get treatment for his conditions. 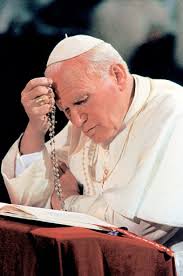 Treatment for PTSD and depression isn’t a quick fix, however, and we both struggled for months in a most profound emotional and spiritual darkness. And there’s nothing like desperation to drive you to any and every devotion that might help.

Years earlier, a devout Catholic woman had told me she’d prayed the 54-day rosary novena for her Baptist husband to convert to the faith. She didn’t tell him she was praying for him; she just prayed and devoted each day’s rosary to his conversion. On Day 53, her husband called from work and casually informed her he’d decided to become Catholic. Today, both husband and wife are Third Order Dominicans and devoted godparents to our fourth child.

Remembering that story, I decided I had nothing to lose. So for 54 days in a row–I didn’t miss a single day–I slogged through the holy rosary and offered it for my husband’s healing. At first, I hit the same old stumbling blocks as before: boredom, mental distraction, interruptions. But I was desperate enough to persevere this time. By the time I finished the first half of the rosary, I’d prayed it every day for a month and the devotion had been transformed for me. I actually looked forward to praying the rosary each day. I was better able to meditate on the mysteries while praying the Hail Marys, too. If I couldn’t sleep or found myself anxious, I’d start praying the rosary almost reflexively. I began to have beautiful insights about the events of Jesus’ life that I hadn’t had before. 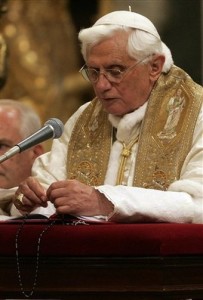 I finished the entire 54-day novena. Three days later, my husband told me he’d been washing his truck when a strong sense of just how important I was to him flooded his soul. As more time passed, that feeling only grew for him, as he recovered from the depression and began to feel emotionally reconnected to me and our children. His PTSD symptoms also began to abate. For a full year, he hadn’t been able to sleep at night; some nights, he got no more than two hours’ sleep as the severe anxiety kept him wired and awake. A month after I finished the rosary, he was falling asleep on his own and sleeping all night. His recovery was nothing short of miraculous and I credit the Blessed Mother, of course. By God’s grace, our marriage emerged stronger for the trial.

The crisis in my marriage brought me to my knees and led me to a devotion I was sure wasn’t for me. Now, praying the rosary is simply an act of love that I do for a variety of causes; right now, I’m praying for another family that needs a miracle as much as we did.

I welcome any of you who are regular prayers of the rosary to share your tips in the comments section. What works for you, sisters and brothers?

One Reply to “From Loathing to Loving the Rosary”