Fabulously Featured: Journal of a Nobody

Welcome to Catholic Sistas’ newest series, featuring some of our friends in the Catholic blogging world entitled Fabulously Featured which will run on Wednesdays. I have always wanted to introduce you to some new blogs to follow and support, but seriously lacked the time to put this together before now. In a Facebook group of fellow Catholic women bloggers, I asked ladies to answer some questions for this series, and they were all too excited to participate! I give you their answers in their own words. 🙂 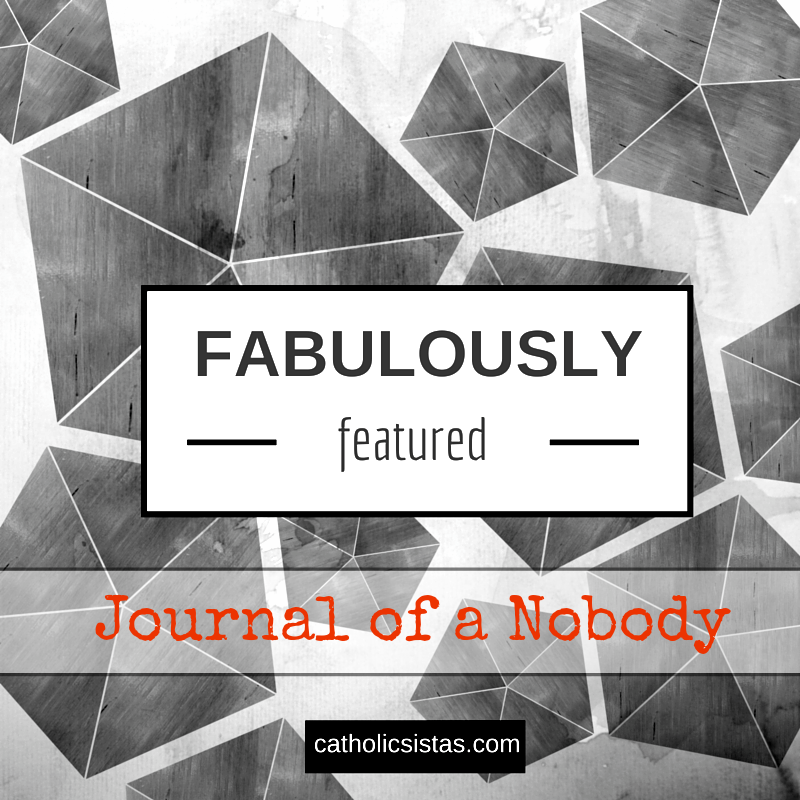 Today we want to share the blog Journal of a Nobody with you, which is run by Kerri Baunach. If her name looks familiar to you, then you are correct, friend! She is an Ink Slinger here at Catholic Sistas! She also has a fan page on Facebook and co-leads the Miscarriage and Infant Loss board for Catholic Sistas on Pinterest. 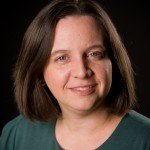 This has changed a lot over the years. The blog started out as a way to keep in touch with family and share my Catholic faith. A couple years after establishing the blog I started writing about pregnancy loss (three losses between 2008 and 2010). I keep a list of pregnancy loss resources on the blog and I still address this topic, usually on anniversaries of my losses. In addition, I share about my family (now includes 3 living children) and I still write on Catholic topics that interest me. Topics I’m considering for the future: being a cradle Catholic, assuring Catholic converts that they are very much admired by us “cradles,” more on faith and family, living out my faith, and Benedictine Spirituality.

I had gotten into reading Catholic blogs a couple years before I started. I enjoyed reading and commenting. Someone I know suggested that I should start a blog, too. I scoffed at the idea at first and then one night while I was enjoying a night at home (I was single at the time) curled up on my “comfy” chair and reading blogs I decided, “why not!” And I started. Since I never felt like I really had anything important to say, I decided to base the name of my blog off of my favorite “introvert support” poem, “I’m nobody” by Emily Dickinson. Thus “Journal of a Nobody” got started. Since then my motivation has been mainly whatever is going on in my life, but also sharing about the Catholic faith as I learn more and grow deeper into my faith.

I don’t have a lot of followers and right now I haven’t done a lot of writing. But when I do write I mostly enjoy the writing itself. Putting words together and watching my own writing style grow and improve over the years. I do love comments when I get them, which is rare. But I can’t blame readers, I’m not good at keeping them engaged.

This is a hard one! I have close to 700 posts on my blog. 🙂 But I can think of four that give a flavor for some of the variety on my blog.

One last one, and I promise to be brief. Since I do write on pregnancy loss, you can find tags on my blog for both “miscarriage” and “pregnancy loss.” I was surprised while looking through the lists just now that the one with the most views (over 500) is from my third loss (second miscarriage) in 2010.

Right now I balance things by not writing as much. I’m in a phase of life right now that is making it hard to devote as much time to writing. I manage to do the “Small Success Thursday” link-ups with CatholicMom.com, but very little else. When I am writing more, I mostly do it late at night, which means getting a little less sleep. Occasionally I’ll use my lunch break at work to start a draft post that I can finish later.

Anyone who cares to read! Honestly though, I hope people searching for information on pregnancy loss or feeling alone and hoping to connect with someone who has experienced a loss will find my blog posts. Occasionally I do hear from someone privately and I like knowing that I could help them in some small way. I also hope other Catholics or those searching for more understanding of Catholicism may enjoy reading some of what I share.

Under my blog title is this line: “I’m nobody! Who are you? / Are you nobody, too?” –Emily Dickinson. It’s not so much a tagline, as it is sort of an explanation of the blog title. It’s definitely not a catch phrase. I’m not clever enough to come up with a cute catch phrase. But I’m open to suggestions!

I don’t know that I am in a position to give advice but I can say what I wish I had done instead, now after almost 8 years of blogging. I wish I had either stuck with a truly Catholic blog or with just making it about my life and staying in touch with family. It kind of became a bit of everything, which can work for some bloggers. I’m not sure it has worked for me. I’ve actually been considering whether to start a new blog or go back and completely revise my current one. Both are daunting tasks, so I haven’t done either of them. But most of all, if you want to start a blog, just go for it. I love having a place where I can write, share stories, journal about things that interest me, and connect with other moms looking for support during the tragedy of pregnancy loss.

Would you {or someone you know} like to be fabulously featured?

Send an email to Martina@CatholicSistas.com and reference the Fabulously Featured series and we’ll get the ball rolling to get you or your friend featured!

« But for the Grace of GodFabulously Featured: California to Korea »