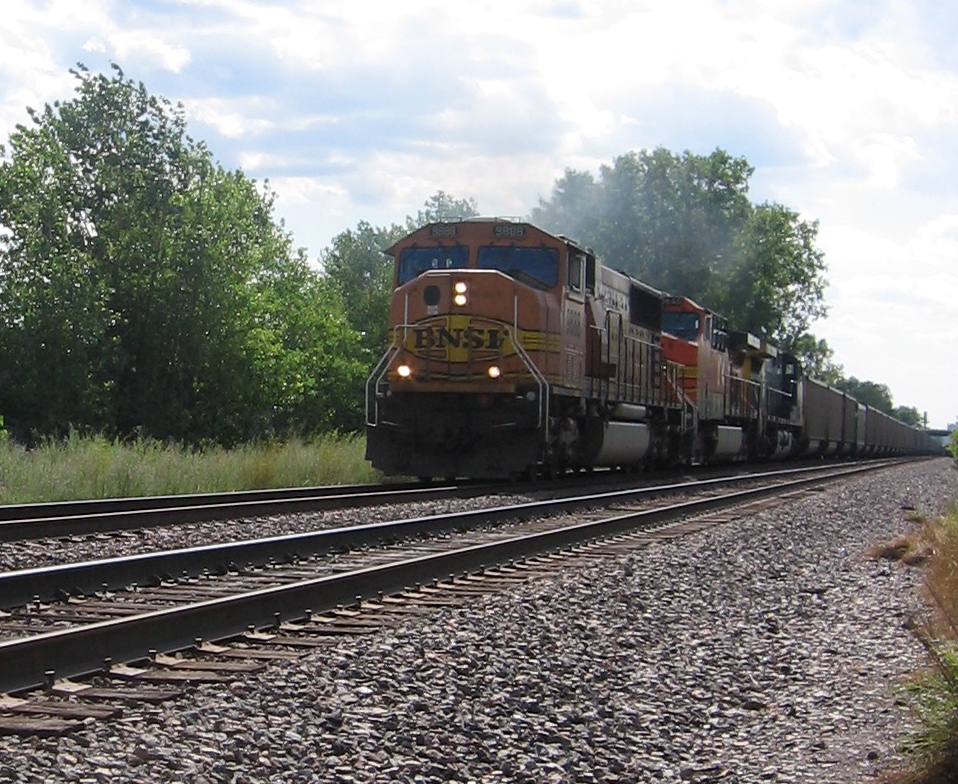 When I was a child my family had a lake house that we would go to on the weekends.  The hour and a half drive there always seemed to take forever.  It would be made worse if we were stopped by the train in one little town along the way.  Looking back I’m not sure why it bothered me so much to make that drive and to wait on the never-ending train, but it did. 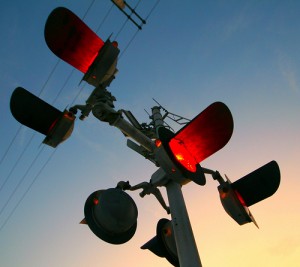 Where we live now we have to cross over train tracks every day to get to town.  As it happens we are often stopped by trains on a frequent basis.  When we first moved to our home it bothered me a lot.  I was busy.  I had things to do.  I needed to get places.  Sitting and waiting on a freight train, especially the super long ones, was not in my daily plans.  I would be frustrated when I’d get close to the crossing only to see the train lights start flashing and the arms descending to block my way.

Back in the days before I had children old enough to stay home and babysit younger children I took all the kids with me everywhere I went.  They were often excited to see that a train was coming and would yell, “Roll down the windows, Mama!”  We would roll down the windows and listen to the whistle as the train drew nearer.  Then we would hear the thunderous sound of the train wheels clanking along the tracks.  They would wonder aloud who was on the train, where it was going, and why was it going there.

I began to ponder why there was such a huge difference in how we viewed waiting on the train.  I viewed it as a burden- something interrupting my day, wasting my time.  My children saw it as wondrous- this huge mechanical beast traveling to who knows where but definitely off on an adventure.  I found that I liked their view better. 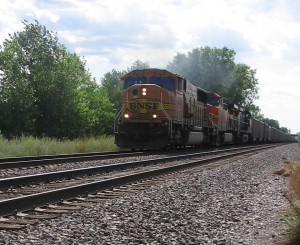 I decided to change my outlook regarding the wait I knew I would have to endure over and over again.  Instead of being impatient and frustrated I would take that time to reflect.  As I sat waiting the next time at the train stop I suddenly understood what I couldn’t see before.   God was blessing me when I would have to stop for that never-ending train.  He was giving me a quick break from my busy day; a time to sit quietly, to pray a prayer or two, a time to just stop and look out my window to see the beauty that surrounded me.  He also was giving me time to enjoy the wonder in my children’s eyes as they discussed who might be on the train and where they might be going.  I suddenly felt silly for all the other times I muttered under my breath, “Really God?” as I was stopped by the train.

There are times that I still occasionally get frustrated when I’m in a hurry and I see those arms lowering to stop me from crossing the tracks.  The difference now is that I can re-center myself to think about why God might be slowing me down.  I trust that He has a reason and I take that time to thank Him for everything He has given me, especially for the opportunity to wait on the train headed anywhere. 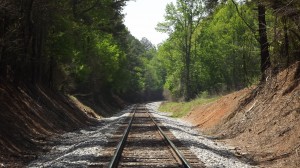 7 Replies to “Waiting on a Train Going Anywhere”