I lay awake, tossing and turning in fear and anguish. I could feel the presence of demons crawling all over me. Each time my body gave way to exhaustion, I would wake again, hot and sweaty with the torturous fear of the evil surrounding me. I could almost feel the heat of hell as my bedroom filled with more and more demons…dancing on me, whispering in my ear, tormenting my every thought.

At 12 years old I was plagued by religious scrupulosity and saw evil everywhere and doubted my own goodness constantly; I endured this spiritual cross for years as a young Catholic. 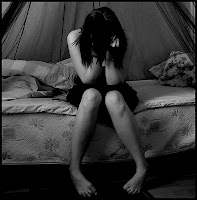 For those of you who have never been afflicted with this spiritual disease, scrupulosity is a mental state in which you can’t tell difference between mortal and venial sin. Everything becomes a mortal sin in your mind, even things that aren’t even considered venial sins in the Church. It is an agonizing spiritual affliction and many of holiest saints, such as St. Alphonse, suffered from this during their lives.

Most people imagine I must have grown up in a joyless, oppressively religious family to have suffered from scrupulosity. Not so. I did grow up in a large, practicing Catholic family, but the faith was something that bound us together in love. We went to church weekly and on holy days and prayed together often. We were home-schooled and well-catechized in the faith.

As a young child, I took faith for granted and did what I was supposed to without question. As I got older, however, I began delving deeper into my faith and my favorite stories to read were those about saints. They inspired me greatly and I would spend hours curled up on the couch downing stories of good Catholic saints. I understood my faith better and decided that I, too, wanted to become a saint.

That’s when my life changed dramatically and my soul was taken over by scrupulosity. Scruples can be extremely detrimental to your spiritual health if you let them consume you, which is

exactly what I did. I went from being a take-everything-for-granted cradle Catholic to a horribly scrupulous soul. Every day, I felt like I was followed and tormented by demons, whose presence surrounded me constantly. I thought I was constantly committing mortal sins in everything I did or thought. I was ashamed of myself and felt I was the worst sinner on the planet.

I would go to confession every week, but I could not seem to surrender myself to Christ and my scruples got worse. Soon I began believing I was not forgiven in confession; I doubted the mercy of Christ. This caused me to abstain from the Holy Eucharist more and more, because I never felt worthy of Him. I felt like everyone in our parish was looking down on me for confessing weekly and sitting in the pew during Communion. I would lay in bed at night, literally writhing in spiritual pain. The harder I tried, the worse the scruples became.

Around this time, we moved across the state for my father’s new job. All I could think of was that I would no longer have confession available to me; I’d be at a new parish and would have confession with a new priest. What would become of me?

We moved and my spiritual health got even worse. I rarely went to confession, and didn’t receive Communion at all. I believed with my whole heart in the divine authority and teachings of the Catholic Church, but I felt completely unworthy and hopeless. I retreated emotionally from family and friends and slid into silence and depression.

My family began worrying about me and my mother would encourage me to frequent the sacraments. One day after Mass, our new priest asked me why I didn’t receive the Eucharist and after that, I would practically run out of church at the end of Mass to avoid everyone.

My family no doubt began wondering what sins were keeping me in this spiritual hole, but I could not confide in them. My parents knew I was scrupulous, but they had no idea the extent 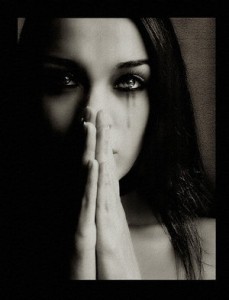 of the problem. My mother began questioning me more, which caused me to shut down completely. I still attended Mass weekly because I longed to remain faithful, but that was as far as I could go.

I chose to emotionally numb myself and as a result, I was tormented less. I convinced myself the demons had done their job by turning me into a lukewarm Catholic, so they probably had gone off to torment someone else’s vulnerable soul.

After nearly five years of this torment, God threw me a lifeline. I was cleaning one day when I keeled over with most horrendous pain I’d ever felt. I tended to be something of a hypochondriac as a child, so my parents initially thought I was overreacting to a stomach bug or something else fairly benign. I went to bed, but could not keep even keep water down. When I could barely move, my parents brought me to the doctor, who thought I had a bad appendix. She drew blood and then sent us home to await the results.

A few days later, the doctor called. “Get her to the hospital NOW,” she said frantically. “Her white blood count is through the roof!”

A few days in the hospital brought more tests and waiting. I couldn’t eat so I hydrated through an IV. All I could think about was my spiritual health; I had been away from the sacraments knew that if I died I would not be going to heaven. Finally, the hospital doctor came rushing into my room and said they were operating that afternoon: my lower intestine had turned inside itself and was dying slowly as it ate itself. The doctor expressed surprise I was even still alive.

I asked for a priest and waited anxiously for his arrival. I received Confession, the Eucharist, and the Anointing of the Sick. I had never felt so at peace and the love of God flooded into my soul. As I was wheeled into surgery, I had no fear at all, just peace. 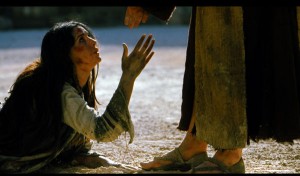 I had two weeks of peace until the scruples showed up again. By now, I was at home and recovering from surgery. Once again, I was plagued with self-doubt, only it was much worse this time, as I would envision myself dangling over hell itself. I asked God why he would allow me to struggle so painfully with scrupulosity and when the answers didn’t come, I truly began to despair.  I felt hopeless and feared this spiritual disease would plague me for the rest of my life.
It wasn’t until I was 18 that God finally released me from this heavy cross and he used my husband, Stephen, to do it. We met online that year through Catholic Match. He was a soldier in Iraq and I was still living at home. All I had ever wanted in life was to meet a wonderful Catholic man and raise a traditional Catholic family and I could see that future with Stephen. There was only one obstacle: me. I knew that to obtain this dream, I had to surrender myself completely to God. After all, I couldn’t very well raise my children Catholic if I could not even partake in the sacraments myself. Though Stephen and I wrote each other intimate letters about our dreams and life goals, I was too ashamed to tell him I was struggling spiritually and was only receiving the sacraments a few times a year.

One day after Mass, my mother asked me if I had told him about my scrupulosity. She pointed out what I already knew, that I couldn’t raise a faithful Catholic family being barely Catholic myself. It was like a punch in the stomach but it was exactly what I needed to hear. That day, I went deep inside myself and began asking important questions. I realized I wasn’t being fair to Stephen by withholding this part of myself. If I wanted to be a truly good Catholic wife and mother, I had to break free of the bondage of scruples. 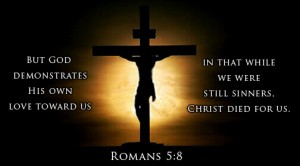 That day changed me. I went to confession many times and began receiving the Eucharist often. I began praying again, praying that God would help me break free from my scruples completely. This time I didn’t just put my foot in the door, I surrendered completely to Christ. I consulted the wonderful priests in our parish about my problem and they helped tremendously with their prayers and advice, too.

Less than a year later, Stephen and I were engaged. We married in June and by then my scruples had evaporated entirely. I partook in Christ’s feast often and used the sacraments to heal my soul. My husband, without even knowing it, had challenged me to finally surrender to the Lord, which made all the difference. He was instrumental in leading me closer to Christ.

It’s been nearly five years since I decided to give my soul completely to God. I have my mother and husband to thank for giving me a reality check. I also thank Our Savior for lifting me to new heights spiritually. On the rare occasions when I’m struggling and vulnerable, I’ll feel the shiver of scruples run up my spine. But now I can quickly recognize those toxic thoughts and shut them down before they have the chance to drag me away from Christ again. 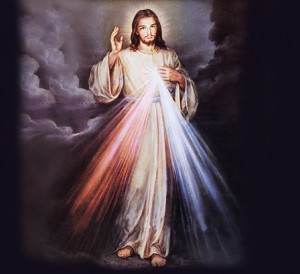 To the many faithful Catholics who struggle with scruples: you are not alone. I truly understand what you are going through. I had the honor to meet a very holy priest once, who talked about his own battle with scruples he fought when younger. It was inspiring to hear that such a good and holy man had dealt with these same issues, had overcome them, and grew in holiness after all.

If you are prone to scrupulosity, admit to yourself that you’re having a problem. Don’t hide it inside, as I did; tell your family or a close friend you’re struggling. Reach out and ask for prayers and guidance. Find a good spiritual counselor you can trust and confide in him often. Submit yourself completely to Christ and TRUST in his mercy and forgiveness. I highly recommend a daily Divine Mercy chaplet.

I believe scruples is a cross God permits some of us to carry, so that we will emerge stronger than before. It is a spiritual disease and it isn’t always so easy to cure. But it can be overcome, with time, perseverance, and grace. Don’t ever despair, because “With God, all things are possible.” 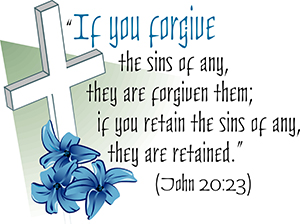 6 Replies to “Torments of a Scrupulous Soul”