The Scandal at Penn State and Syracuse: A Call to Action 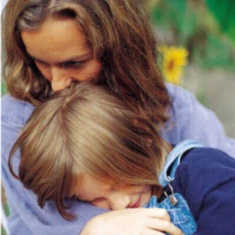 When I heard the news about the sexual abuse scandal at Penn State, I was shocked and horrified for the victims.  I was disgusted by the actions of the alleged perpetrator and the cover up that followed.  And, I was sad for the students who were in shock and denial.  I experienced similar feelings during the early days of the sexual abuse scandal in my beloved church.  Catholics are still vilified for remaining faithful to the church and are considered complicit in the abuse by some people just for being Catholic.  Not surprisingly, that never-settled dust from the Catholic Church scandal is swirling again in the media.  Comparisons are being drawn.  People are trying desperately to understand how this could happen and how it could be covered up?  With all the mixture of emotions and controversy, it can be difficult to remember what is most important: protect children at all costs.

In the wake of this new scandal, I have created a short list of actions we can all take right now to protect all children.

1) Be Vigilant
Where are your children spending time?  We can’t wrap them in bubble wrap and follow them wherever they go all the time.  But, we can know who their friends are by name.  We can meet their friend’s parents.  We can make sure they are supervised when playing at another friend’s house.  Make sure their friends are age appropriate, too.  Sadly, many perpetrators begin offending in their teens.  When our children join an activity we can inquire about the child protective practices they have put in place.  Does the organization have a policy where no child is to be left alone with an adult?  Are the shower and bathroom facilities safe for children.  Are they able to maintain modesty and privacy?  Is the staff required to report any suspicion of abuse when they observe it within the organization?  These are all initiatives that have been put in place by the United States Conference of Catholic Bishops.    We must stay vigilant and make sure these practices are being put into place in our church programs.  And we must advocate that they be put in place in all community activites.

2) Teach Modesty
One of the best thing we can do as a parent is form a strong marriage so that both the mother and father are interacting daily with their children in a loving home and keeping an eye on any changes that occur.  We can set the standard for modesty in dress and behavior.  We can teach our children how to dress modestly and keep their private body parts private.  Otherwise, a young child may not know when a modesty boundary is being violated.  We must teach them to speak up and be assertive with their classmates, as well as with adults.  All kids need to learn to respect authority but they need to know that that respect must end when a boundary has been violated.  This way we can empower our children to protect themselves when we are not around.  Tell them to come to you whenever an adult, a classmate or anyone does something to attack their sense of modesty and privacy.

3) Look on the Bright Side
One good thing about this scandal is that now that it is exposed, the cycle of abuse for this perpetrator and victims is over.  If the students at Penn State can accept that their school failed them and make sure that practices are put into place to never let it happen again, then good will ultimately come out of this.  They must make sure that they don’t fall into the trap of defending the wrong people.  They must keep their focus on protecting innocent children.  Perhaps they can set a new standard for child safety and make it a model for other college programs that work with children.   Hopefully they will not fall to the pressure of some in the media who suggesting that male dominated organizations are to blame.   The idea of creating a sports program for at risk children is not what caused this abuse.  The students should not be discouraged from continuing to support programs that aim to help at risk children.

4) Leave No Stone Unturned
Most people are in denial about child predators. They are content to believe that predators come in one shape and one size only and are easily spotted by their tell tale white collar.  Rather, the most common predator is someone you know.  It could be a stepfather or a mother’s boyfriend.   Basically, anyone who has access to children is a potential predator.   But, people are more comfortable believing predators are priests.  Why?  It is likely because those who believe that never actually come in contact with one.  So, folks are lulled into a false sense of security.  Well, the Penn State scandal sort of blew that out of the water.  Sort of.  It’s an institution predominantly run by men much like the Catholic Church.    So, we do have to ask ourselves what is it about this institutional structure that allowed, if not the abuse, then the cover up to occur?  If we are to protect children, we can leave no stone unturned in this investigation.  The Catholic Church is being asked to question its policy of priestly celibacy.  Fine.  Examine it.  Are there any other demographics about candidates for the priesthood that may be problematic?  Let’s look into it.

And, now, we have Penn State and Syracuse.  Is there something in the sports arena that makes children vulnerable?  Do parents place too much trust in coaches?   Do adults have too much access to our children in sports and other activities?   Are there any practices in place to protect children in sports and other extracurricular activities?  And what about Hollywood?  Are child actors safe?  Corey Feldman, a former child actor, said that pedophilia is rampant in Hollywood.  Is this true?  Let’s look into it.  When we are talking about protecting innocent children, we need to leave no stone unturned.  So, let’s not be afraid to look into any of it.  Bottom line is we need to stop being defensive and stop worrying about offending people and just focus on protecting children and stopping abuse.

While the church remains in the shadow of scandal, knowing that the teachings of the church are always in stark contrast to the horrible crimes committed by some members and clergy is an important touchstone for me.  And, now, thanks to all the media scrutiny, the lights are on in the church, shining brightly in every corner and crevice, thank goodness. But they are still out in Hollywood, our communities, schools and many other areas where children remain vulnerable. Hopefully, the scandals at Penn State and Syracuse will shine a light on this kind of activity in sports and put an end to it. Because I guarantee you, the abuse and cover up at Penn State is not an isolated story.  It is likely happening right now as I write this and the perpetrator may be somebody we least suspect and, quite possibly, someone we most admire.

Shiela is a widow and mother of five children from elementary to High school. She is a Licensed Professional Counselor and art therapist but her primary vocation is to be a mom. She discovered apologetics while cruising around social networks and finding her faith under attack. She approaches apologetics with humor and everyday stories and hopes to ignite a fire of joyful catholic culture that will spread throughout the world. In the wake of her husband’s death, she will be sharing her grief journey.

« Can You BELIEVE She Did That!?Three months of Catholic Sistas deserves a giveaway of… »