“The Gentiles shall walk in Thy light, and kings in the brightness of Thy rising.” 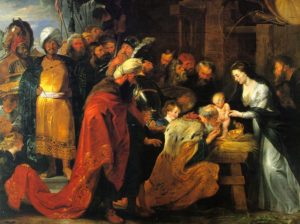 Amelia is a chatty cradle Catholic who has been married to her strong, silent cradle Catholic husband for ten years. They have four gorgeous children, with number five on the way and live a semi-nomadic military life. She is a professional kid-wrangler and wannabe wordsmith who spends her days homeschooling, changing diapers, and learning from her children how to be a better child of God

« This is a Marathon, Not a Sprint!How 2B Your Teenager’s BFF »