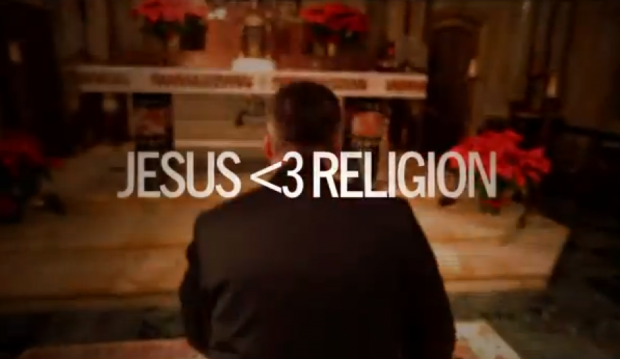 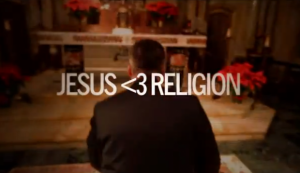 In 2007, the year I graduated high school and the year Facebook began to popularize, the “religious views” section of my profile stated: “Relationship with Christ—religion has nothing to do with it”. This statement wasn’t something unique that I came up with, but rather the mantra of evangelical Protestantism, the faith tradition of my upbringing. The Baptist and non-denominational faith communities instill in their congregants the belief that true Christianity is not a “religion” comprised of rules and rituals, but simply a personal relationship with Christ without rules or rituals. They continue to state that religious traditions and regulations are merely a trap set to deprive people of that deeper friendship with Christ, and adherence to such traditions can keep people from experiencing eternal life if people cling to religion “instead of” developing that relationship.

The intent that surrounds these ideologies is honorable. Faithful evangelical Protestants have an intense love for Jesus and heart for worship, and it frustrates them to see people who bare the Christian title going through the motions of worship and tradition, while showing no evidence of Christ otherwise in their daily life. As faithful Catholics, we sympathize with such frustrations. It pains us to see our fellow Catholics recite the words at Mass without meditating on their meaning and receive the Sacraments without openly embracing the graces that flow from them. Evangelical Protestants address this issue by creating unofficial categories for all those who identify as Christians, as seen through statements such as, “You should have a relationship with God instead of being religious”.  This, however, is a false dichotomy.

In the words of Father Claude Burns, who wrote and recited a poem addressing the issue of relationship vs. religion, “blaming religion for contradiction is like staring at death and blaming the hearse…those who choose to sit in the pews and refuse the good news is not the fault of religion”. Anywhere you go, you will find those who are blindly going through the motions without a true heart for Christ. While this is a severe problem in the Church that needs to be addressed, the answer is not to abandon the traditions Christ handed down to us; quite the opposite, we should cling tighter to them and strive to teach their meanings more diligently. Christ never condemns traditions in themselves, as many Protestants claim, but only the empty practice of them. True religion will enhance and deepen our ongoing relationship with God if practiced as He intended: with a full and focused heart. Similarly, the fruits produced from our relationship with God should stir in us a desire to be faithful to His commands and to the Church He built. “Religion” and “Relationship”, therefore, are not contradictory to each other, but rather they are beautifully intertwined and feed off one another.

As a former evangelical Protestant, this is something I had to slowly come to learn. Though confident as I was in my decision to become Catholic, realizing that it is the historical Church established by Jesus and commissioned by the apostles, I remained hesitant to become too devout in her Traditions and too dependent on the Sacraments. The Christian teachings of my upbringing imparted in me the belief that my relationship with God should be the foundation of my faith and becoming too religious would hinder that friendship. The Sacraments themselves showed me the faults in the latter part of that statement.

Indeed, my relationship with Christ is the center of my faith. The Sacraments have brought that relationship to a more intimate level by allowing me to experience God with all of my human senses. In the Holy Eucharist, I taste Christ. In Reconciliation, I hear Christ’s physical voice, spoken through one of his servants, say “I absolve you of your sins”. When the incense is used during mass, I smell the prayers of the faithful being lifted up to the Heavens. I feel and see Christ’s love daily through my Sacrament of Holy Matrimony. None of this is to say that my relationship with Christ was not deep or sincere as a Protestant; it certainly was alive and real and I was growing daily as a Christian. However, the religious rituals of Christ’s one Church have brought me to a new level of intimacy with Him, and this is because He physically dwells in the Sacraments.

Father Claude ends his poem with this final remark: “So as for religion, I love it. I have one because Jesus rose from the dead and won. I believe when Jesus said it is finished, His religion had just begun”. As someone who formerly claimed to hate religion, I now echo these thoughts. I am convicted that the Christ who came “not to abolish, but to fulfill” gets the greatest glory when His religion is practiced the way He intended: with hearts open and alert, striving to know Him more.