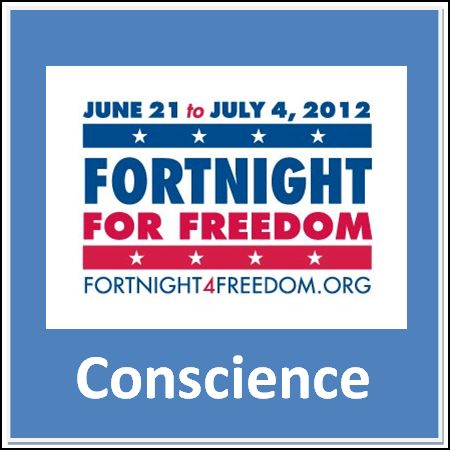 Unless you’ve been hiding under a rock, you’ve heard about the controversy with the HHS Mandate and the Catholic Church. However, the mainstream media portrays the controversy as the Catholic Church against women. The secularist media declares that the Church refuses to let women use contraceptive drugs period. The error in these statements is obvious to anyone with a working knowledge of the Catholic Catechism. Sadly, many Catholics and most of the US (world?) population refuses to acknowledge this truth.

.
First, start with the teaching of the Catholic Church. Direct from the Catechism: (emphasis mine)
.
“2370 … In contrast, “every action which, whether in anticipation of the conjugal act, or in its accomplishment, or in the development of its natural consequences, proposes, whether as an end or as a means, to render procreation impossible” is intrinsically evil:159

Thus the innate language that expresses the total reciprocal self-giving of husband and wife is overlaid, through contraception, by an objectively contradictory language, namely, that of not giving oneself totally to the other. This leads not only to a positive refusal to be open to life but also to a falsification of the inner truth of conjugal love, which is called upon to give itself in personal totality… The difference, both anthropological and moral, between contraception and recourse to the rhythm of the cycle … involves in the final analysis two irreconcilable concepts of the human person and of human sexuality.160
.

The key point in the above passage is that contraception, when used as “family planning”, is against the Catholic Church’s teaching. Not even just a vaguely, a slap-on-the-wrist offense, but “intrinsically evil”. There is some controversy within the Faithful about the use of contraceptive drugs within marriage (or a sexually active relationship, which is a whole other article) as “treatment” for various gynecological ills. However, when the woman using a contraceptive drug is unmarried (and sexually inactive), there is no controversy–the drugs can be used as “treatment”. In a perfect world, all Catholics would learn about Fertility Awareness methods (popularly called NFP) that treat the same gynecological ills without contraception, AND with better, healthier results (again, that’s a whole ‘nother article). Currently, (that is without the HHS Mandate in effect) the Catholic Church likely covers contraceptive drugs for a medical treatment, but not for “family planning”, under the protection of a “Conscience clause“.
.
Next, let me discuss the actual controversy the Church has with the HHS Mandate. The “conscience clause” that allows coverage for medicinal use of contraceptive drugs, but does not allow sterilizations, abortions, or “emergency” contraception, is being disposed of with the HHS Mandate. In other words, the HHS Mandate forces Catholic institutions, charities, etc. to fund (through insurance coverage) and provide services that are “intrinsically evil” according to the Catholic Catechism. This would be akin to the government forcing strict vegans to pay for and provide meat products. Unlike the vegans though, religious (moral) ideations are protected by the First Amendment: (emphasis mine)
.

“Congress shall make no law respecting an establishment of religion, or prohibiting the free exercise thereof; or abridging the freedom of speech, or of the press; or the right of the people peaceably to assemble, and to petition the Government for a redress of grievances.” 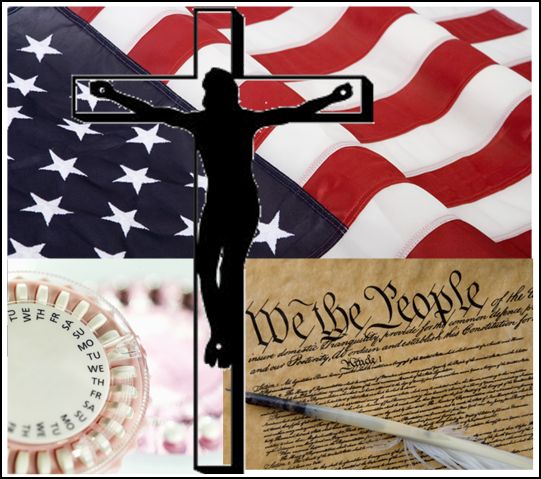 “Free exercise” of Catholic moral code prohibits abortions, sterilizations, and contraception. Therefore, the HHS Mandate violates the Faithful’s ability to freely exercise their religious beliefs. In effect, this would be similar to legislation requiring Jehovah’s Witness institutions to provide and cover blood transfusions for their members and employees (I have no idea if they do currently or not). The enactment of this law would be tantamount to legislation forcing an orthodox Jewish deli to provide ham and other pork products to their customers. There are probably countless examples a fertile imagination could create, but suffice it to say that Catholics and non-Catholics alike are recognizing that Obama and his administration has overstepped their bounds. At our local “Stand Up for Religious Freedom” rallies on March 23 and June 8, Catholics were well represented, but our Protestant friends were also present and on the program. If you value your constitutional rights, stand up and say “we are all Catholic now“.
.
Another event begins today, “A Fortnight for Freedom”. This is an effort led by The United States Conference of Catholic Bishops (USCCB), but like all other religious freedom rallies, is open and welcoming to all denominations. A cyber event, the only request is that for the two weeks, starting with the vigil for Sts. John Fisher and St. Thomas Moore and ending with July 4, our nation’s Independence day, is that you pray daily for a resolution to this intense threat to religious freedom. More information about the event can be found on the Facebook page and the USCCB website devoted to this event. Here is a summary of what this event entails:
.

This is a cyber event – held in your own home, church or parish by way of your prayers. It is open and depends on all people of all walks of faith to come together and petition God our Father to save our nation in its struggle for Religious Freedom for all!

The fourteen days from June 21—the vigil of the Feasts of St. John Fisher and St. Thomas More—to July 4, Independence Day, are dedicated to this “fortnight for freedom”—a great hymn of prayer for our country. Our liturgical calendar celebrates a series of great martyrs who remained faithful in the face of persecution by political power—St. John Fisher and St. Thomas More, St. John the Baptist, SS. Peter and Paul, and the First Martyrs of the Church of Rome. Culminating on Independence Day, this special period of prayer, study, catechesis, and public action will emphasize both our Christian and American heritage of liberty. Dioceses and parishes around the country have scheduled special events that support a great national campaign of teaching and witness for religious liberty.

THIS IS NOT JUST FOR CATHOLICS…THIS IS FOR ALL CHRISTIANS AND NON CHRISTIANS UNITED IN PRAYER. That means Jewish, Muslim, atheist as well. This is about our First Amendment. We may well have non-Christians here and we welcome ALL as Christ would. ** THIS IS NOT A FORUM FOR DEBATE. **