A while back I wrote a post about my abortion called, Regret Will Inevitably Come Knocking. I wanted to write another post that went a little bit deeper in to the after effects of my story. There are a couple secrets that I’ve been harboring for a while, but I decided it’s finally time to share my story in its entirety with the hopes that I can save even just one woman from the emotional mess of an abortion.

I was a sophomore in High School when I got pregnant. My town was fairly small, so it wasn’t kept secret for long that I had an abortion. The website Myspace was becoming really popular around this time and when teenagers gain access to the Internet it’s usually not pretty. Girls online feel like they can say absolutely anything they want since they are hiding behind a computer screen. If there’s one thing I was called more than my real name it was, “slut.” The funny thing though, was that I was one of the least, “slutty” (for lack of a better word) girls at my school. My peers were having sex with just about everyone it seemed, and I had been with one person and gotten pregnant, so I was the slut. 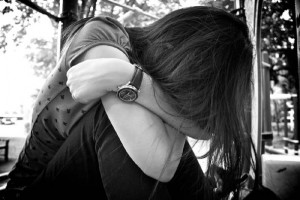 When you get called a name enough times, you start to believe that it’s who you are. I really thought I was a slut. Looking back, I believe I was subconsciously thinking that I didn’t deserve to be anything other than that. I became so depressed over the fact that I killed my baby, and I had no friends that I truly believed the only way to feel good about myself was to fulfill the role everyone else already thought I was. I became more promiscuous than I wanted to be, trying to fill the hole that was made when my baby was ripped away from me. Nothing could ever, or will ever be able to fill that completely. I then became even more depressed because being promiscuous was not who I was, or who I wanted to be. Now I have to live my entire life knowing that I gave myself to people I didn’t care about. I so badly wish that I could go back and save myself for marriage so that sex can be something other than what it is to me. I don’t think it has the same meaning to me that it does to other people because I now associate it with something bad and un-meaningful.

When I met my husband I had just turned 17. From the very beginning I just knew in my heart that we were going to spend the rest of our lives together. I know it sounds corny, but I just knew. My husband and I now have two children together, and we tell everyone that our first was an, “accident.” But that’s not true. We were trying to conceive when we did. A 17 and 18 year old trying to have a baby? Yep, it’s crazy. But this isn’t as uncommon as you would think. The amount of women who end up pregnant soon after their abortion is a lot higher than you may think. I was so depressed that I really thought the only way to be happy was to have a baby. My first child was conceived almost exactly 2 years after my abortion. I have to thank God every day because we went against the “stereotype” of teenage parents and live an extremely blessed life. I married the father of my child. We don’t live in poverty and we aren’t struggling to feed our children. 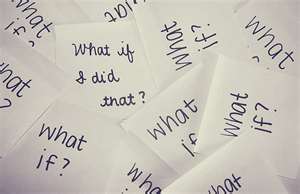 I often check up on the father of my child who was aborted. My mind plays games and thinks about the life I would have had if I had carried the baby to term. I feel like I have to see what he is doing because I want to re-assure myself that life with him, as the father of my baby wouldn’t have been a good life at all. I try to make excuses in my mind and tell myself that having an abortion was the right decision because my life would be awful now and I never would have married my husband and had my two beautiful children. The problem though, is that it never works. Sometimes I feel like I’m trapped in a reality where my brain starts to flip flop between real life and the life I would have had. It’s excruciating thinking about my baby who never had life on Earth. There is nothing I want more than to help save a woman from this.

I cannot stress enough what a blessing adoption is. With an open adoption the birth mother gets to be a part of her child’s life, but at the same time can do all the things she may not have been able to had she decided to parent her child. She gets to live knowing that she blessed a child with not only an amazing family, but with life itself. She won’t have to live with what I have to live with… wondering every day what my baby would have looked like, knowing that because of my selfish decision, my child will never get to laugh, never learn to read, and never even have a chance at success.

If you know someone who is contemplating an abortion, please send her to this post. If you are thinking about an abortion or you have had one and you want to talk, know that I am here! You can contact me through the blog and I will be more than willing to talk to you. You are not alone.

I know that I am forgiven. I have forgiven myself. But the pain is still there.