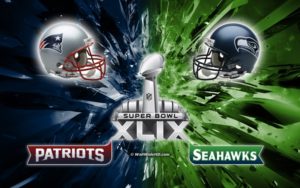 I love football. I’m more of a college football fan, but I can be persuaded to watch the NFL too. I don’t have a team that I root for specifically (unlike my undying love for the Georgia Bulldogs), but I do have some I like based on my support of my husband’s teams. That said, this year’s Super Bowl didn’t register on my radar until Friday when Mike asked me if we were having a Super Bowl party. I looked at him in disbelief and said, “You want to invite people over in 2 days from now?” He laughed at me and replied, “No, a party with just our family. You know, break out the game day foods and sit in front of the television and watch the game.” I sighed a deep sigh of relief and said I thought I could handle that.

We went to the store and bought all the goodies we needed and then for two days the kids nagged me about what we were having. Game day food is one of their favorites and they couldn’t wait to have it. Buffalo wings, French fries, chips, dips, veggies, bbq meatballs, cake… their eyes would get big just talking about it and they would salivate like Pavlov’s dogs.

Finally it came time to turn on the television. We were still busy with school work and other tasks but the kids gathered around the television and we watched from the kitchen. My oldest son texted asking me to keep him informed of the scores via text since he was working and couldn’t watch the game. Soon the food was ready and we sat down to eat. Breaking our rule to not have the t.v. on while eating, we watched from the table as big burly men pummeled each other in search for a Super Bowl ring. 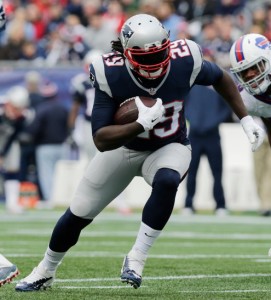 The game was great! The back and forth between the teams was fantastic! I always love a game that keeps you on the edge of your seat. A game where one team is just crushing the other is no good in my book. What’s the fun in watching that? It’s not a real competition and I want to see a real competition! This game kept us engaged and sometimes even yelling at the t.v.  I really liked watching the game when I wasn’t rooting for anyone in particular. It gave me the great perspective that I could truly enjoy all the great plays by both teams. I could cringe at their mistakes and rejoice when either team scored. I didn’t feel any pangs of disappointment, only the sheer thrill of the game.

When the end of the game was upon us, had I been a nail biter my nails would have been nubs! What an exciting ending! And then, well, for some reason all the players on the field lost their ever-loving minds. I sat with my mouth hanging open as the players, with just a minute to go, began fighting on the field. It looked like the fight started over poor sportsmanship by the Seahawks because they were getting ready to lose the game. But it wasn’t just the players on Seattle’s team that were to blame. The Patriots’ players took the bait and fought back. I couldn’t believe what I was watching- grown men pouting and throwing a fit because of a game. It made me sad and then it made me mad.

As much as I hate the idea of professional sports players being role models, for many people they are just that. People look up to them and idolize them. While these people are just playing games, many people, especially kids, want to be just like them. It makes me sad when athletes like these men tonight carry on like this. They know that they are being watched by millions. They know that people look up to them. While they are humans and will make mistakes, they still readily take on the job they are doing knowing that they will be in a position that places them not only in the public’s heart but also under public scrutiny.

Fighting on the field is just the tip of the iceberg when it comes to bad behavior by sports idols. I think of the many athletes we have heard of being arrested for possession of drugs, drug trafficking, dog fighting, rape, murder, and so many other crimes. I find it hard to believe that we look at these people who play a game (many who are out of control) and look up to them. Where have our priorities gone that we think that these are the types of people we want to be like? Whatever happened to looking up to your parents, your pastor, a teacher, a police officer, a family friend, or the saints? How and why did we end up on this course for looking up to people who simply play a game? 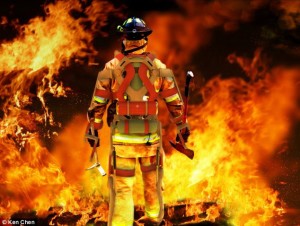 This of course isn’t to say that there aren’t any pro athletes not worthy of looking up to. There are, but in general, when we look to make someone our hero, shouldn’t it be for more than just their athletic prowess? Shouldn’t it be because they are upstanding citizens who are looking to make a difference in the lives of those around them or even in those whose lives they don’t know? Shouldn’t our heroes be the people who tirelessly work to create a world filled with love instead of hate? Shouldn’t it be the people who quietly work day in and day out to provide for their families and for the needy? Shouldn’t our heroes be the people who stand for their faith and what they know is good and right and who don’t back down in the face of adversity? Those are the people we should be looking up to. The players in the game of life who don their uniforms with pride and they stand side by side on the line of scrimmage ready to take on a bigger opponent who only wishes to stop them in their tracks; the ones who get knocked down but keep getting back up to fight the good fight. 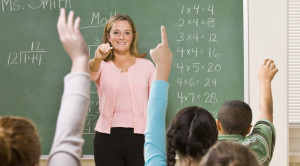 I wish our society would go back to honoring and looking up to those who are truly worthy of our respect and our adoration. The men I watched on the field tonight are not heroes. They are simply men who play a game and who throw fits and fight when the game doesn’t go their way. The true heroes live next door, live down the street, and quite possibly live right in our own homes. I challenge you to find those real heroes and honor them. Show them the respect they deserve. Treat them like stars. Cheer them on and give them a standing ovation when they enter the field. They are the ones who truly deserve your praise. 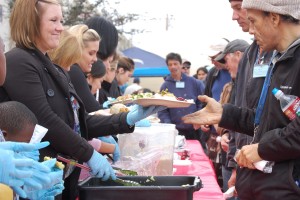