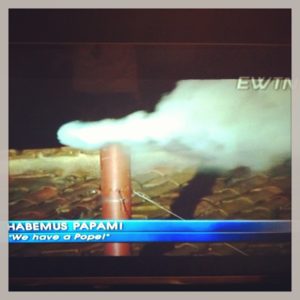 The white puff of smoke emerged and ignited a firestorm of joy and wonder from St. Peter’s Square and spanning across the globe. In an instant, newsfeed on all social networks were claiming “Habemus Papam!” From the balcony, our new pope gives his first blessing and accepts the weight of a billion souls. He has been given time to weep and mourn as he has stepped aside and let the Holy Spirit take over. 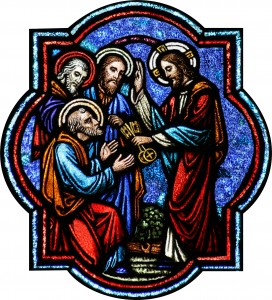 To be Catholic, at the moment, is almost beyond words. From the first puff, we were collectively overwhelmed with anticipation that could not be rivaled by even the most hopeful child on Christmas morning. And, now, we prepare to fall in love with the heir to St. Peter’s throne.

As the doors to the balcony were opened, the much anticipated words Habemus Papam were proclaimed to all below in St. Peter’s Square. Then the doors closed. We waited to see who would emerge. And then we knew. The giddiness turned to excitement as then Jorge Mario Cardinal Bergoglio was presented to the world as the first pope of the New World, Pope Francis. 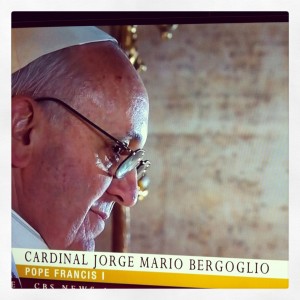 Who exactly is Pope Francis?

Ordained: December 13, 1969 for the Jesuits during his theological studies at the Theological Faculty of San Miguel.

Visit the vatican’s website to hear the transcript of Pope Francis’ first words.

SOUND OFF – ANSWER THE FOLLOWING IN THE COMBOX:

Where were you when you saw the white smoke?

How did you feel?

How did you feel when the new pope was announced?