Recently the news contained two slightly misleading headlines: “German bishops say morning-after pill is ok in rape cases,” and “Top Vatican official calls German bishop’s approval of morning after pill ‘exemplary’”. On the surface both of these headlines give the appearance of the Church, specifically the German bishops and even the Pontifical Academy for Life, reversing a historic ban on contraception and abortifacients. In all likelihood, the Church will be taken to task over this seeming reversal without a closer inspection. However, as a scientist (molecular biology degree and 9 years as a Forensic Biologist) as well as an apologetics hobbyist, I decided to delve a little deeper into both the science and the morals of emergency contraception (EC).

First, the science… I first looked at the article from Contraception that was referenced in both articles in contention. After reading the entire article, the take-home message appeared to be that a Copper IUD is the most effective EC because it disrupts fertilization as well as implantation, but the two hormonal types of EC were ineffective because their action was to disrupt fertilization not implantation. Another article continues the assertion that one of the most common EC types (Levonorgestrel/Plan B) has no effect on implantation. However, as Catholics (as did most people before IVF and recent political mumbo-jumbo), we believe that life begins at conception not implantation. Further review of journal articles yielded this one that clearly states that only people who believe “implantation or later events to be the beginning of pregnancy” consider this method to be non-abortive. Another article, questions the validity of the data used to verify whether Plan B acts pre- or post-implantation without even referencing (in the abstract) whether these studies even consider post-conception and pre-implantation actions.

Most/many studies discount the five to twelve days between fertilization to implantation. It is not a stretch to consider these studies flawed for neglecting this time period; therefore, it is impossible to separate the contraceptive from the abortive properties of Plan B (and other ECs) without further research. Even one of their own, James Trussell, admits the abortive effect must be mentioned to women when giving Plan B. Further, Dr. Trussell admits that for Plan B (or any EC) to be effective, it must have an effect after fertilization. At this point, there is no accurate widely available test for fertilization, although a fertilization chemical has been known since 1979. Common tests used to detect pregnancy are detecting implantation (hCG) hormones, again discounting the five to twelve days between fertilization and implantation.

Now for the morals… In 1968, 2000, 2008, and well, basically forever the Church’s official stance has been against both contraception and abortion. Every life that begins is God’s gift to the bearer. While in cases of rape and incest, it is common to think of the new life as a “punishment”; in reality, God has created something wonderful out of a horrible crime. It is widely believed that punishing a child for the sins of the father is wrong. Therefore, it is no stretch to think that terminating a pre-born child for the sin of the father is wrong as well.

The German bishops, in their ill-conceived notion of “kindness” for a woman impregnated by an attacker, draw a line that neither science nor morality can draw. Studies have not shown that emergency contraceptives only act prior to fertilization. Nor are there widely available reliable tests to determine fertilization, only implantation. Moral law is the same for all life, whether the result of rape, incest, fornication, marital love, marital infidelity, IVF, or any other mechanism. A new life begins when egg and sperm meet (fertilization). Intentionally terminating that life is against the moral code and natural law. When clarification of this media circus is made, I’m sure it will be buried under new Catholic controversy if it is even presented at all. Until then, I am confident that Christ’s Church on Earth remains the most steadfast protector of life from its very conception.

ADDENDUM: In researching this story I could have added this extra explanation:

A comment on Facebook mentioned that since 1999(?), the bishops’ statement has been that if ovulation and fertilization can be proven to have not occurred, emergency contraception is OK. This information is true-EXCEPT-it is almost impossible for medical science to prove without a doubt that no ovulation or fertilization has occurred or is likely to occur during the emergency contraceptives life span in the body. They can test for ovulation-yes-but since sperm cells can live up to a week in the female reproductive system, proving no ovulation at the time the drug is administered does NOT necessarily mean ovulation will not happen within that week. If ovulation occurs within the week life-span of the sperm cells, fertilization can occur. At this time, there is no test for fertilization that is widely-available or widely-used. The current pregnancy tests actually test for implantation. Implantation happens between 5-12 days AFTER fertilization/conception/creation of new life. One of the only ways, in my opinion and research, to have the best chance of knowing whether ovulation and/or fertilization is possible is if a woman uses NFP to chart her cycles. However, even though NFP has a thoroughly proven track record, occasionally “unplanned” conceptions happen even to experienced practitioners. 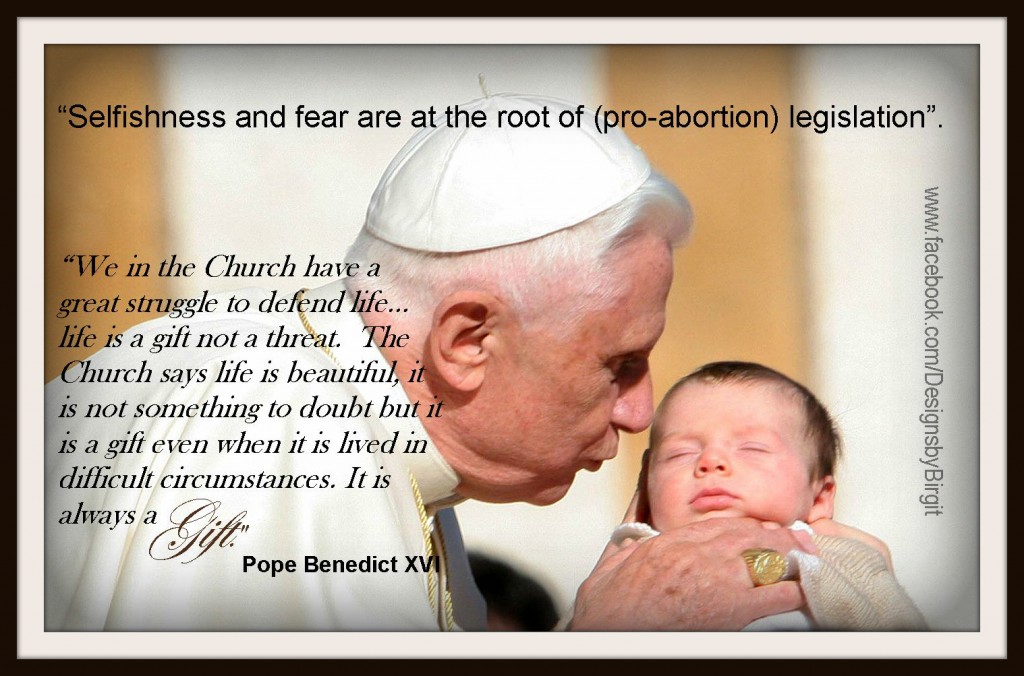