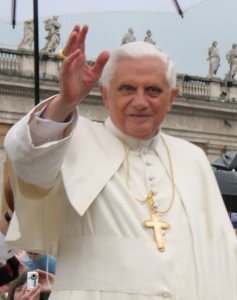 Shortly after Benedict XVI, Emeritus Pope, declared his resignation from the Papacy, I happened to hear a talk radio program in which a commentator was ranting away about the ridiculousness of an infallible pope. How can anyone really believe that a man can suddenly be made infallible just by becoming the Pope, was this radio host’s question. He went on to scoff at the people (i.e., Catholics) who could believe such a ridiculous idea. The Pope is human, not God, he said. And on and on and on.

I was getting ready for Mass that morning as I listened to this rambling. Normally, I only half listen to this radio program that wakes us up each morning, but this rambling mess stopped me in my tracks. My first reaction was to scoff back at this man’s ignorance.

But his ramblings stayed with me and I had to contemplate them further. As I thought about it more I realized that much of what he was saying was true. The Pope is just a man, he’s not God. And we, as Catholics, do not believe that he is an infallible human being. We all know that no human is perfect (well, except the Virgin Mary, of course). In some ways, as I contemplated the ramblings of this random radio talk show host, I started feeling sorry for him.

I realize that there is a lot of misunderstanding out there on exactly what the doctrine of “Papal Infallibility” actually means. My initial thoughts were to write a blog post explaining it. But there are already many resources and well written blog posts on the topic. So better that I just link those up for you then add one more to the mix (see links at end of post).

Instead, as I contemplated the misguided rantings of this radio talk show host, I realized that I was actually feeling sorry for him. But it wasn’t just him I was feeling sorry for, he was just the one that caught my attention at the time. What he represented for me were all the people I know who have left the Church in anger, those who don’t understand the Church and bash her teachings without taking the time to ask what they actually mean, and any others who feel the need to spew venom at the Church. 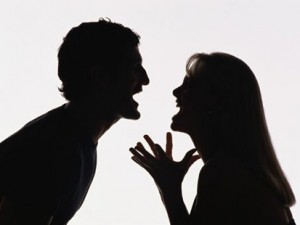 We have all seen it in comboxes, on Facebook, and even run into it in our own families or among our friends. I don’t know about you but most of the time I get defensive and want to stand up for the Church and the ensuing conversation often gets heated, leaving me angry as well.

But what use is our anger? Especially when discussing (to put it nicely) misunderstood teachings of the Church with people who are angry at the Church and unwilling to be fair to her. The problem is that they just don’t know, whether it is out of misunderstanding, lack of catechesis, or complete ignorance, we have no way of knowing. And until a person is willing to listen and learn what the Church really teaches, arguing with them is fruitless.

Does this mean we shouldn’t engage them at all? No, I don’t believe that. I think we need to engage people in a different way. But not through arguing with them and trying to defend the Church. That does nothing but create a circle of everyone defending their views and trying to prove themselves correct. That gets you nowhere, as you probably know if you’ve engaged in any sort of online debate. And if they are friends or members of your family, it can create a tension that will negatively affect your relationships. Instead we need to be charitable, realize that the person ranting about the unfairness of the Church or the out-dated teachings or whatever the issue does not understand the Church’s Truths.

That’s the key for me: the person just does not understand the Truth of the Church.

I remember a time when I did not understand the Church’s Truth. I remember arguing with people, too, always being closed to what they were saying to me. However, I also remember the people who were patient and allowed me to get through what I needed to get through. I remember the patience people showed to me that made me respect them more. That respect allowed me to actually listen and start to hear what I wasn’t hearing before.

So when it came to the random radio guy ranting away about Catholics believing in an infallible human as the head of the Church (as if, if the Pope said it was going to rain in New Mexico on Tuesday we’d all believe him), I found myself having a bit more of a charitable attitude toward him and all those he represented for me. He doesn’t understand and has probably closed himself off from understanding. Maybe one day someone will enter his life who can be that charitable person and gently plant the seeds for him to start being more fair to the Church.

Personally, I find this very hard to do. It’s not my first inclination. So I write this as a reminder for myself, as well as anyone reading, that a charitable attitude, patient understanding of where a person is coming from, and the ability to just help them to see that the Church is not the enemy can go a long way in starting a true dialogue instead of having a circular argument. 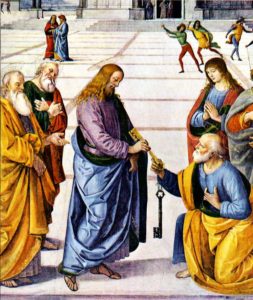 What do you think?

And for some resources on the teaching of Papal Infallibility:

Papal Infallibility: It’s Probably Not What You Think by Elise Hilton at Acton Institute Power Blog