With the sudden resignation of Pope Benedict XVI, there has been a whirlwind of speculation about what is next for the Church in both the secular and Catholic media. Many in the secular world wonder if the Church will change Her stance on certain doctrines. (No.) In the Catholic world, there has been much whispering and worry over what this means for the Church. Is there a chance the next Pope could be the Antichrist, like many suggest? Do the prophecies of St. Malachy from the 12th century indicate that the next Pope will be the last one EVER? Or are we freaking out over nothing?

The “Papal-Antichrist” theory is frequently thrown around, and many Protestant sects hold this belief. This theory espouses that the system of the Papacy itself is the Antichrist, and therefore, each Pope is a tool of the Antichrist. Luther, Calvin, Cranmer, and the majority of Protestants during the time period of the Reformation held this view, as their way of justifying their break from the Catholic Church. Cardinal Newman has given great insight on this belief in his dissertation, “The Protestant Idea of Antichrist”:

“The Papal-Antichrist theory was gradually developed by three historical bodies: the Albigenses, the Waldenses, and the Fraticelli, between the eleventh and the sixteenth centuries: are these the expositors from whom the Church of Christ is to receive the true interpretation of the prophecies?” – Cardinal John Henry Newman

So what do actual Catholic theologians say about the Antichrist? That he “shall not come as a righteous king nor as a legitimate king in subjection to God, but as an impious, unjust, and lawless one” (Irenaeus,  Against Heresies); “For even Antichrist, when he shall begin to come, will not enter into the Church [even though] he threatens” (Cyprian of Carthage); “he will constitute and call himself God, and will order himself to be worshipped as the Son of God” (Lactantius). 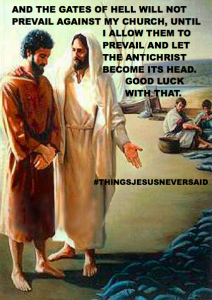 Even the term “antichrist” itself carries the connotation of one who does not profess the divinity of Christ. “For many deceivers are entered into the world, who confess not that Jesus Christ is come in the flesh. This is a deceiver and an antichrist.” 2 John 1:7

The Antichrist is someone who will lead people away from the Truth. And since we know that the Catholic Church teaches the fullness of Truth, it does not seem like someone who will be the visible head of the Church of Christ on Earth. Considering the Antichrist will preach heresy and blasphemy, that would seem to fly in the face of Matthew 16:18 (the gates of hell shall not prevail), as well as the doctrine of Papal Infallibility (the Pope will not teach error on matters of faith or morals when speaking as the spiritual head of the Church.) And seeing as though this idea was proposed and promulgated by those who hold the Catholic Church in contempt, why would we want to give their theory any weight?

St. Malachy was an Irish Archbishop from the 12th century. The “Prophecy of the Popes” are a series of prophesies attributed to him that supposedly predict the Papacy from his time to the end of the world. According to the proponents of the prophecy, Pope Benedict XVI is the Pope referred to in the 111th prophecy. The 112th prophecy states: “In the extreme persecution of the Holy Roman Church, there will sit … Peter the Roman, who will nourish the sheep in many tribulations; when they are finished, the city of seven hills will be destroyed, and the dreadful judge will judge his people. The end.”

If the St. Malachy prophecy is true, the next Pope will be the last, and the end of the world is quickly approaching. Which means we are living in the time of the great apostasy, the coming of the Antichrist, persecution, potential wars, pestilence, famine.

It is important to note that these prophecies were supposedly originally received in a vision St. Malachy had in 1139, during a visit to Rome. However, they were not discovered until the 1590s. St. Bernard of Clairvaux, a close friend of St. Malachy, penned his biography and made absolutely no mention of them (although his gift of prophecy WAS mentioned.)  Jimmy Akin has a truly excellent, in-depth analysis of the St. Malachy prophecy and why he believes it to be untrue. The veracity of these prophecies is dubious at best, and they are not Church-approved (unlike the prophecies and visions of Fatima, Lourdes, and the like.) While they are interesting to read through and to try to make connections, we should not allow them to hold much weight.

Does it matter? Why are we so concerned? 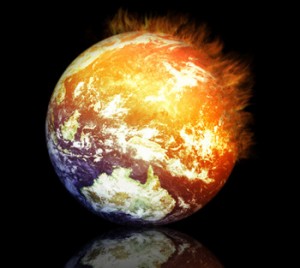 As humans, we have an often insatiable curiosity. We want to know the future, and our prediction for the future often determines our course of action. Will we buy black plastic to put over our windows for the three days of darkness? Will we increase our food storage to protect ourselves against the potential natural disasters that will come at the end of the world?

The world may very well end in 2 years, 3 years, 5 years. We may indeed go through intense persecution and suffer martyrdom. We may perish in a natural disaster sent by God as a precursor to The End. Or the world could end in 50 years, 100 years, or 2 millennia from now.

So what if it is in God’s plan for the world to end in 2015? Is it wrong to be concerned, to prepare? What if the next Pope is in fact the last Pope (regardless of the veracity of the St. Malachy prophecies)?

Here’s the thing. It is in our nature to be concerned about the end because we want to be prepared – hopefully, prepared to die well so that we can enter Heaven. But what if we don’t make it to the end of the world? What if you die in your sleep tonight? Are you prepared to meet God face to face, and to face His Just Judgment? The end of THE world may not be the end of YOUR world. Are you ready?

While it is a little thrilling to read prophesies and wonder about when the Earth is going to be consumed by fire (2 Peter 3:12), it’s important to remember that we will all die. It doesn’t matter whether we die at the end of the world or we die in our sleep. What matters is that we are READY for death. Go to confession regularly. Attend Mass. Pray. Pray the Rosary. Wear the scapular. We should pray for the grace of a holy death every day, since the most important thing we will ever do is die, and our disposition when we die determines where we will spend eternity. If we are doing these things, we have nothing to fear. We will always be ready for death, whether it comes “like a thief in the night” or if it comes at the end of the world. And while it’s fine to speculate about the end and to peruse predictions, we should not allow it to consume our thoughts, to worry us, or to distract us from our vocations. Stop stressing over it! – no one gets out of here alive, anyway.

And let us pray for the Cardinals as the conclave commences, that they may allow their hearts to be guided by the voice of the Holy Spirit and elect a holy and worthy successor to the See of Peter. 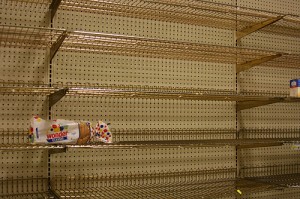 If you are a Southerner you know that if the weather man is calling for any kind of winter storm that it is your duty to rush to the store and buy as much bread and milk as humanly possible.  It doesn’t matter if he’s predicting just a dusting of snow or a foot of snow; you must go immediately to the nearest grocery store to load up on milk and bread.  If you are not from the South perhaps it is done differently where you live, but this is the code of Southerners in the winter. It doesn’t matter that we know how silly it is, we still feel the need to do it.  Maybe it’s a trait we are born with, I’m not sure.  I just know that if you go too late that you will be left without any bread or milk… and what will you do then?

The ridiculousness of rushing to the grocery store at the mere mention of snow makes me think of those Christians who were bunkering down for the apocalypse to occur on December 21, 2012.  You would think that as Christians we would know and believe Christ when he says, “But of that day and hour no one knows, not even the angels of heaven, nor the Son, but the Father alone.” Matthew 24:36.   Christ himself assures us that no one can predict the end of the world.  Why would we think that the Mayans, a scientist, a psychic, or a preacher could ever predict when our world will end? 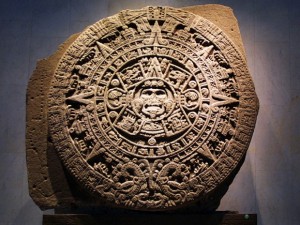 Throughout history there have been many who have tried to predict the end of the world; people from all walks of life and all faiths.  Others, believing this to be true, would rush to make their lives ready to endure the end.  The problem with this is that the next morning they would wake up to disappointment (or perhaps joy that the world didn’t end) and would wonder how they could have believed and trusted in the person who made the prediction.  Still, the next time someone predicted the world would end they worried and fretted and wondered if it could be true.  Why do Christians put themselves through this?  Christ was very clear in his words… NO ONE will know when the world will end.  We can try to predict it, we can guess, we can use math and science, we can even use the Bible to try to find a hidden code as to when the Lord will be coming back, but we cannot know.

As Christians we shouldn’t be rushing to prepare ourselves when we think the world “might end”.  We are called to be ready no matter the time or day.  “Therefore be on the alert, for you do not know which day your Lord is coming… For this reason you also must be ready; for the Son of Man is coming at an hour when you do not think He will.” Matthew 24:42,44  We shouldn’t be like the crazy Southerners rushing out at the mere mention of snow to grab as much bread and milk as we can, we should be preparing daily for the return of the Lord.   But how do we prepare?  We do this in the same manner as we prepared during Advent for the coming of Christ… through prayer, fasting, frequent reception of the Sacraments, almsgiving, penitence, patience, and continuing Christ’s work here on earth.  When we focus on doing this every day we don’t have to worry about when He will return, we will be prepared already!

As this year comes to a close for us let us renew our trust in God.  Let us renew our dedication to God.  Let us prepare ourselves daily for His Son’s return.  Don’t rush to the “store” only to find that the shelves are empty and you are not prepared.  Fill the stores of your heart with Christ’s love and His goodness.  Be prepared every day for His return.  When we focus on doing His will each day we find that He provides us with all that will be necessary to weather the approaching storm. 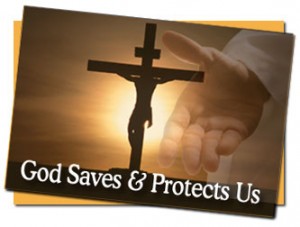