The Baptist faith community where I grew up deserves most of the credit for making me into the Christian I am today. It was there that I was first introduced to God and His immense love for me, that I learned to faithfully commit myself to the study of Sacred Scripture, and it is where my relationship with God truly began and developed. While this faith community did not contain the fullness of Truth that is found in the one Church established by Christ, the majority of what they taught me was truthful and good. As such, certain truths that I was taught over and over again as a young Baptist helped me take a step further and apply those truths to the Catholic Church, enabling me to better understand her Teachings. There are three that stand out to me the most. While the majority of Baptists will disagree with these three Teachings, I have found that I could not rationally accept the things that they taught me, which I still hold to be true, and yet deny what the Catholic Church further Teaches on those matters.

As a teen in the Baptist youth group, we were always encouraged to find what they called an “accountability partner”. This would ideally be a fellow teen in the youth group who can be an encouragement to us in our day to day lives outside of church. We would intercede on each other’s behalf in prayer, and keep each other on the straight and narrow path by holding one another accountable for their actions and protecting each other from the temptation to sin. Additionally, we had “Sunday School”–small Bible study groups that met Sunday mornings before worship. Each group was lead by an adult: older and more experienced Christians who can look to as role model, bringing to them our struggles and prayer requests.

All of this was rooted in Scriptures such as Matthew 18:20, which states “For where two or three are gathered together in my name, there am I in the midst of them.”, and many others which stress the importance of Christian community and solidarity in prayer.  When I later began my study into the Catholic Church,  I learned that not only does she agree, but she goes further to include the Christians in Heaven in this community of fellowship, encouragement, and prayer. Based on everything they taught me, I could not reject this Truth. I was always told that Catholics idolize the saints because they pray for their intercessions, and seek to model their lives after them. Yet, the same people taught me that Christian accountability and role models are crucial to our faith. Another argument they had against the Christians in Heaven is that we should not talk to the dead, but they taught me that through Christ, saved Christians experience eternal LIFE in Heaven, a place that is separate from Earth and all its limitations.  I can say with confidence that my Baptist upbringing has strengthened my devotion to communion with the saints–my heavenly accountability partners.

The Infallibility of that which is Divinely Guided

In my experience, Baptists have a strong and admirable devotion to Scripture, and it is heavily impressed upon all believers to spend daily quiet time in the Word. This is because of their (Truthful) belief that the Bible is God-inspired and and God-breathed. They taught me that although the Bible was written by flawed men of sinful nature, its words are inerrant because the Holy Spirit inspired the writing. The sins of the writers, therefore, do not negate the authority of the Scriptures. I accepted this explanation as True, and I still do.

When I first learned that the Catholic Church claimed to be the authority of Christ, divinely guided by the Holy Spirit and infallible in her Teachings on faith and morals, like most Protestants my immediate reaction was furious dissent. “There cannot be a perfect Church”, thought I, “because there are no perfect people!” But that is not what I was always taught; the Holy Spirit can and has guided imperfect men to produce something perfect and authoritative. Why then would I limit God so to say that He can only guide writers, and not an established Church? Why would the Holy Spirit be able to move God’s Word in the written form, but not also orally?

A New Creation in Christ

As I came to accept the Catholic Church as True and began my journey into full communion with her, the hardest pill for me to swallow was the belief in the Real Presence of Christ in the Eucharist. This is understandable as I had spent my whole life believing that Christ was speaking metaphorically when He said, “This is my body”, and the Lord’s Supper was meant only to be a symbolic memorial service. It did not make sense to me how a piece of bread and cup of wine could contain all the elements of Christ after only a prayer. It still looked like bread and wine, tasted like bread and wine, and nothing about its substance visibly changed. It just didn’t make sense. I believed it to be True because I believed the Church to be divinely guided by Christ, and I acknowledged that history shows this is what Christians believed for 2,000 years, but I remained skeptical in spite of myself.

It finally clicked one day when I drew to mind my Baptist youth and all they taught me about new creations in Christ. Baptists believe that when one realizes their need for Christ and surrenders their life to Him, that in that moment they are “saved” once and for all. While this is not in accordance with Catholic doctrine, which Teaches that our Christian lives comprise of a series of ups, downs, and milestones as opposed to one, single moment, there was a part of this Baptist belief that was True and that was stressed: when one repents and turns to God, he or she becomes literally a new creation in Christ. They taught this based on 2 Corinthians 5:17: “Therefore, if anyone is in Christ, the new creation has come: The old has gone, the new is here“. We told again and again that at the moment of repentance, the entire essence of our being is changed. “You look the same, and you smell, sound, and feel the same; you are still comprised of the same substance. But you are not the same–you have been made into something completely different!”, pastors, youth ministers, and other leaders said.

Upon remembering this, there was no longer any doubt in my mind that Christ was really present in the Eucharist, that which was once mere bread and wine. I still held to be true what I was taught by faithful, godly Baptist Christians that Christ has the ability to take one thing, keep it the same in appearance and substance while transforming it into something brand new–a literal new creation that is made of Christ.

At times I am confronted with old friends and acquaintances from the Baptist church of my youth; they are curious what lead me to the Catholic Church, which they still believe to be false or mislead in certain areas. My answer is this: I am Catholic because of Baptist theology, and all that it instilled in me.

Ecumenism is a word that causes some uneasiness, a concern that Catholic doctrine will be expected to give in to modernist tendencies and evolve with the times. I recently read the declaration Dominus Iesus written by then Cardinal Joseph Ratzinger on the unicity and salvific universality of Jesus Christ and the Church to try to understand this word better. The title means “Jesus is Lord” and the declaration wasn’t written to solve ecumenical problems, but to “set forth again the doctrine of the Catholic faith in these areas.” It says that out of love for all people, the faithful are exhorted all the more to proclaim with the Church that Christ is “the way, the truth, and the life.”

I found myself thinking about parents and tough love. If maturing children turn away from the family and go on their own path, the pain for the parents is probably something like the intense pain Christ feels for division among Christians. Just like the family is supposed to be united, so is the Body of Christ.

Dominus Iesus also says it is necessary to keep two truths together: 1) In Christ, there is a real possibility of salvation for all mankind, thus 2) the Church is necessary for salvation. By the grace of Christ, even those not in full communion may have a relationship with the Church. The Second Vatican Council did not articulate exactly how this may be, but explained that God achieves this unity “in ways known to himself.”

Isn’t that what parents tell wayward children? “Child, there’s always a possibility for you to be fully united us. We are your family and desire that so much, but because we love you, we cannot let you do whatever you want to do if it is harmful for you and others.” If a teenager has a drinking problem, the parents don’t buy him alcohol to evolve with the times. No, they firmly instruct – as an act of love.

And like wayward children, it’s other Evangelical structures who have no desire to be in communion with the Church, not the Holy Mother Church who has no desire to be united with them. That is a striking realization. The Catholic Church is the only church actively trying to draw the others in. Christians are a people of hope and faith, and as any parent who’s shed anguished tears knows, even without all the answers we still need to stand firm, pray, and speak the truth in love. 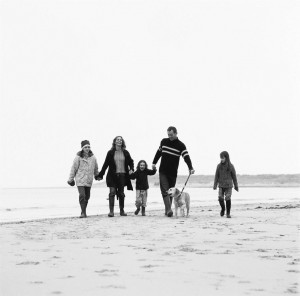