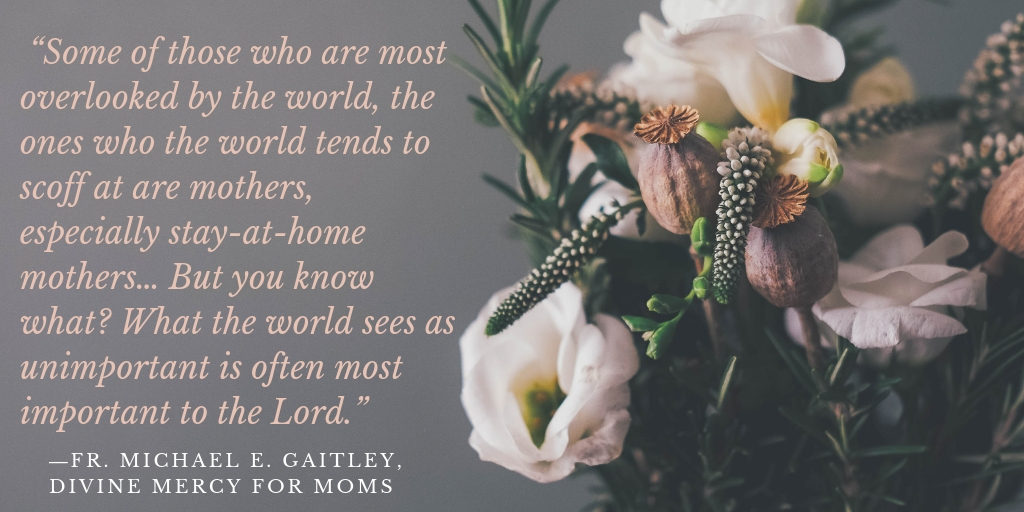 If I’ve said it once, I’ve said it a thousand times: I never wanted to be a stay-at-home mom. Minutes after we found out we were pregnant with our first baby, Ben looked at me and said, “You’re going to stay home, right?” at which point I gasped in horror! How dare he assume such a thing!

Now that I’ve been home full time for going on three years, I have a fullness in my heart that I’ve never experienced before. Watching my children learn and grow and change firsthand everyday gives me indescribable joy and countless opportunities for self-growth. I have no doubt that this is holy work, as silly as cleaning up Cheerios and block-building may appear.

Despite my own personal fulfillment, the response I’ve gotten from friends, family, and strangers alike about my career choice has overwhelmingly been the same: “So, what do you do all day?” or my other favorite, “Stay-at-home moms have the hardest job,” in that infamous, condescending tone. “Do they even believe what it is they’re saying or are they saying it to make us both feel better?”, I wonder.

The first few times I was asked what I did all day, I was offended. What do these people think I’m doing all day, laying around watching the Price is Right, eating Doritos, letting the kid fend for himself? I would immediately give them a play-by-play of every menial task I did each day, down to eating breakfast and showering. It felt like because I didn’t put on dress pants, drop my kid off at daycare, and use my degree, I had to justify to anyone who would listen that the work I was doing was not only important, but something I enjoyed. No one was making me do it.

Ironically, even though people might ask the question, the second I would start answering them about what it actually was I did, their eyes would glaze over, background noise would come over the phone, and new topics would quickly emerge. Not only did they not know what I did, but they really didn’t care to find out. In their defense, changing diapers, making meals, and running errands aren’t the most glamorous or intriguing of topics.

It wasn’t until our eldest turned two and I was pregnant again that I was able to brush off the chip on my shoulder that being a stay-at-home mom was something that needed to be defended, and that what I did everyday must not only be accounted for, but justified. In part, it was encountering other strong women who were choosing to stay home to raise their own children that gave me a sense of empowerment. Independent, educated, capable women who found value in providing stability, guidance, and compassion in their homes and weren’t apologizing for it. Yes!

In letting go of my little “Well, actually I do a lot every day” speech, I could see what it was that made my job so rewarding and significant. Having the time to sit in the backyard to push dump trucks through the dirt or the freedom to go on an impromptu trip to the park has been a tremendous blessing. All the while, I have the privilege of being the one to wipe my son’s tears when he skins his knee, showing him how to write his name in sidewalk chalk, and watching his eyes light up when he tried frozen yogurt for the first time. Every grocery store run, mountain of laundry needing to be folded, and afternoon spent playing in the dirt become opportunities for listening to his thoughts, teaching him Virtue, and providing memories that bond us together. I’ve learned to appreciate the quantity of time we share as well as the quality time, because without the many hours we spend together every day, the special moments that make the occasional tantrum or sleepless night worth it would not have a chance to take place.

I’m not naïve enough to think that I will never go back to work. Eventually, when my children are older and need my presence at home less, I’m sure that the time will come when I feel drawn back into the workplace, whatever that might look like. I have so much respect and admiration for moms who are able to work and parent little ones simultaneously, especially those who do it well. But I’m grateful to currently be working the hardest job that I never knew I wanted.

I’m thankful to the Holy Spirit for chipping away at my pride and replacing it with my children. Now I look forward to running into peers who always seem to ask with a drop of pity, “What is it you do all day?” and I’m able to answer with sincerity, “Watch my babies grow.” 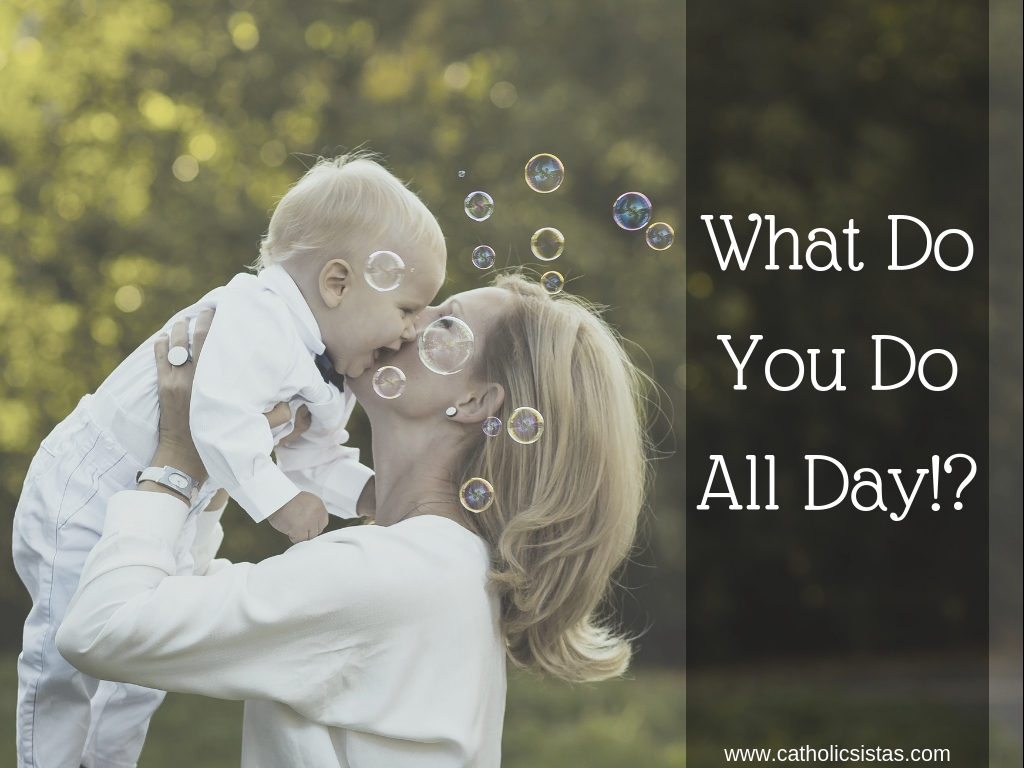