I’ve wanted to write a piece about strong preaching for a while, but needed a catalyst to get the ball rolling. Low and behold, this gem turned up on my news feed last week.

Rod Dreher explains that while folks have been speculating that Pope Francis’s compassionate side will bring people back into the Church, it is precisely the pontiff’s lack of emphasis on the harder teachings of the Church that will keep Dreher in Orthodoxy and out of the RCC.  In his years as a Catholic, he never heard priests preach on the hard topics.  Though I never left the Catholic Church, I couldn’t help but agree with much of everything he argued. 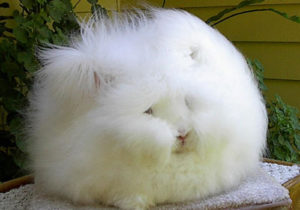 Twelve years ago I moved to a new city and naturally began attending the parish closest to my apartment. It was like every other parish I’d ever visited or been a parishioner of growing up. We sang “On Eagle’s Wings” and “Anthem” for a peppy recessional. The homilies were of the only variety I’d ever heard – the soft, love Jesus more and take care of the poor type. Upon the concluding rite, still high on, “We are called we are chosen, we are Christ for one another…” I’d leave through the narthex feeling good about myself – the message was, “I’m doing great already and all I need to do is more of what I’m doing to be even better – or I can just keep on keeping on, it’s cool, I’m a good person, and that’s what Christianity is about”. I never knew there was anything else to learn about at Mass, or even about Catholicism.

A handful of years ago the position of head pastor at our parish became and remained vacant until the diocese was finally able to fill it with someone right for the task of shepherding our 6,000 family parish with parochial school, two priests and several deacons. In came a man who would soon be elevated with the title Monsignor. I still remember the homily where he introduced himself to us as his six foot tall frame towered over the ambo. With his measured beat and dry cadence, he shared his story as a convert to the Catholic Church, and challenged us with, “If you have an issue with any teaching of the Roman Catholic Church, make an appointment to see me in my office, and you had better bring your Bible and your catechism.” This was a challenge I’d never heard a priest give before, furthermore, I’d never even heard a priest approach controversy in the least, and our new pastor was inviting it.

In the months to follow, his homilies received mixed reviews. Many parishioners were startled and even offended. Monsignor addressed abortion, contraception and same sex marriage right there in the middle of a Sunday or weekday Mass. And he didn’t just mention it in passing, as if we were supposed to know it was wrong by a one word topic drop. No, he spoke at length and in depth about each topic with solid arguments and reminded our parish why the Church taught these things were against the teachings of Christ – and that Christ’s teachings still matter. The offense entered when Monsignor would reach further still and assert that anyone sitting in our pews who did not see these issues as intrinsic evils worth standing up against were complying with evil themselves. Farewell to, “I can just keep on keeping on, I’m a good person.” I was surprised to be in the midst of a priest who had the courage to preach so boldly – he was risking people’s temporal happiness and even losing many to the neighboring parish which was still preaching love Jesus more and take care of the poor.

The preaching was a change to encompass the whole of Catholic teaching. As Dreher argued in his article, we need to be preached to about God’s mercy and God’s judgment. It is clear to me that Monsignor is out to evangelize the Catholics – to reteach us authentic and whole Catholic teaching. He boldly reminds us that hell is real and we can all attain that if we follow what the secular world both teaches and scolds us to believe. He also teaches boldly and thoroughly how merciful our Lord is, but that in order to be forgiven and to attain Heaven, we need to repent, not just keep on keepin’ on. Often priests truncate Christ’s message to something like all persons can all be forgiven because there is no sin. Yet, Christ’s message is that all persons can be forgiven, that there is no sin too great to be forgiven by a repentant soul. It’s no wonder the lines for confession are nonexistent – the congregations aren’t being taught what sin is and how they’re personally committing it. And it’s no wonder Catholics think being a Christian is just about being a good person – all they hear at Mass is that they are a good person.

In addition to preaching about sin, Monsignor also makes sure to preach about the real presence of Christ in the Eucharist – reminding us that the very reason we attend Holy Mass is for Jesus in the Eucharist. And he also preaches about Confession, and corrects misunderstandings about Baptism. In a twenty minute homily every mass, we are instructed on the whole of Christian teaching, not just the easy on the ears and pride parts. Furthermore, our music made a dramatic shift as well. Out went the eagle and the anthem and anything modern and peppy. In came a large choir who sings beautiful, heavenly, old school hymns. Latin and Greek hymns have even made returns that we recite together. Mass has been restored to a formal and important Christian event, and the music reminds us that we are experiencing a unique uniting of Heaven and Earth in the Eucharist, not just getting together for preaching and a sing along.

Fluffy homilies have done a great disservice to American Catholics. I think of parents who, in moments of weakness, refuse to enforce what is right for their child because they don’t want to deal with a tantrum, and I believe this is where many priests find themselves. In a perpetual moment of weakness, priests know if they preach whole and authentic Catholic teaching, their parishioners will tantrum. I want to encourage our priests to be our parent, to be our shepherd, to be a “Father”. And I want to encourage parishioners who desire Catholic strength returned to their parishes to vocally support their priests in making the change. We’ve lost generations to cafeteria Catholicism, non-Catholic Christian traditions and even the secular world in this time of fluffy American preaching.

Though our parish did lose a good many of our parishioners to other churches when Monsignor persisted with his unapologetic homilies, our Mass attendance still remains high, if not higher than before. Catholics in our area are willing to drive up to an hour for strong preaching and a reverence in the music and liturgy. And I can see our strong pastor’s determination to evangelize Catholics even spreading down to our children as during the children’s liturgy dismissal the kids are gathered for their blessing wearing backpacks stuffed with their Bible and their Catechism. The world already has enough of itself and does a better job of being itself than our Catholic Mass could ever. Christ is made present to us at Holy Mass, so let us have the courage to demand that the human parts of the Mass, the homilies and the music, be what it is supposed to be best at being – Catholic.

The website Courageous Priests highlighted a homily of my pastor’s which can be found here: http://www.courageouspriest.com/msgr-harts-strong-pro-life-stance.