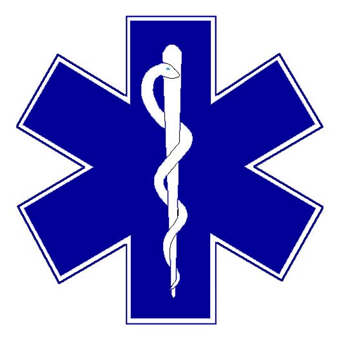 Moses's serpent on a pole became the medical symbol recognized universally. Look for it on the next ambulance that drives by you.

It’s hard not to read today’s political events into the first reading of 2nd Chronicles, “In those days, all the princes of Judah, the priests and the people added infidelity to infidelity, practicing all the abominations of the nations and polluting the Lord’s temple“, and “they mocked the messengers of God, despised his warnings, and scoffed at his prophets“. Huh. Sounds a lot like the goings on with a certain mandate we all know so well. It feels like we, the orthodox Catholics, along with our bishops, are the messengers of God, and “they” are the scoffing infidels, and our battlefield is often on Facebook.

Liberal Lucy rants on her wall that the Catholics are trying to take away birth control and impose their religion on all Americans. Well, her post is an easy target for correction – the defender of the Church in you is fired up at the opportunity to spread the truth, and well, honestly, you’re a bit put off that your “friend” has jumped on the Catholic bashing bandwagon. Should you reply?

Let’s not allow fighting for God’s Truths cloud our judgement of our own sinfulness. We are quick to see the sins of others (often to the point of unnecessarily vilifying people), and are even quicker to dismiss our own sins (I’m fighting for God! There’s no sin in that!). Yet those excuses are in fact crafted by the Father of Lies. The Father of Lies convinces everyone that what they are doing isn’t so bad, and in fact he’s convinced our political opponents they are champions of humanitarianism in promoting standard access to birth control. Meanwhile, he’s telling us it’s okay to react to their sinful positions with anger and force! “It’s not just Liberal Lucy who is reading, it’s for everyone else who might be reading! I have the right to my tone and approach because I am fighting for God!” we might think to ourselves as we fire back on the comment line.

In the Gospel reading, St. John describes how everyone does their sinful deeds in the dark. Sin and Satan fear the exposure of the light of Christ. The more we dwell in our sin, we’ll find the more we are drawn to the darkness, and away from the light of Christ. Think about how hard it is to approach the confessional with a heavy heart. Your sin wishes you to stay in the darkness, because your sins fear the encounter of Christ through the priest in persona Christi. With the words of Christ’s absolution, your sin is banished and replaced with saving grace. Sometimes dwelling in the dark isn’t just about being secretive, it’s also possible to dwell in darkness when we’d rather act on our own will instead of submitting to God’s will for the situation first.

When reading the first few verses of Ephesians 2, preceding the selection for today’s second reading, you’ll see St. Paul describe just how dead in our transgressions we all are. He says we are children of wrath, then leads into God’s mercy for us, despite all of that filth of sin. In this chapter, we are reminded that none of us are more deserving of God’s grace than another. St. Paul explicitly states that it is God who saves us. In our dependance on and obedience to Christ we are transformed by His grace, we can not take credit for His work. Our ability to submit to Him isn’t even of ourselves! We were transformed by His Grace at baptism, so every time we feel a hint of pride in our Catholic lives, every time we think, “Oh, she needs to go to confession! Even every month, like me” we are taking credit away from God for His transforming grace. Yes, we participate by submission, but in that submission we surrender all credit for our holiness.

The Catechism of the Catholic Church tells us, “The vocation to eternal life is supernatural. It depends entirely on God’s gratuitous initiative, for he alone can reveal and give himself. It surpasses the power of human intellect and will, as that of every other creature.” (CCC 1998) This echoes St. Paul’s words in Ephesians, “For by grace you have been saved through faith, and this is not from you; it is a gift of God; it is not from works so no one may boast.” We don’t make ourselves “better”, instead God’s grace transforms us. We are not “better” than our opponents, but what may distinguish us is just how much we decrease ourselves so that He may increase (Jn 3:30). Therefore, let us remember that it is not us against “them”, it is Christ in us against “them”. When we forget that we are nothing without Christ, even when we boast in knowledge of His Truth, we are succumbing to sin, and are on the same playing field as our opponents.

To be a soldier of Christ we need to submit, submit, submit. Seek grace in prayer, obedience and especially in the sacraments. During this political season we are going to hear a lot of solutions that are very contrary to God’s will. Do not fight these solutions as a human soldier. Do not let your anger overcome you, though it may be righteous anger. Fight with grace. Allow Christ to transform you. When you’d rather use words to make a point on Facebook, first instead say a rosary, go to confession, take your concerns to adoration. Consider non-Facebook replies to Liberal Lucy’s wall posts, such as more prayer, or volunteer for or contribute to organizations fighting for God’s cause. Actions speak louder (and do more!) than words. If you feel you must still comment, ask God what it is He would like you to write. Undoubtedly, what God would have you say will be vastly different and far more effective.

Lastly, remember that your opponent too, is loved by God. “And just as Moses lifted up the serpent in the desert, so must the Son of Man be lifted up, so that everyone who believes in him may have eternal life. For God so loved the world that he gave his only Son, so that everyone who believes in him might not perish but might have eternal life.” (Jn 3:14-16)

Disclaimer: This post was finished early and scheduled to automatically post on Sunday. The third commandment was not broken in the creation of this edition of Splendid Sundays =D.