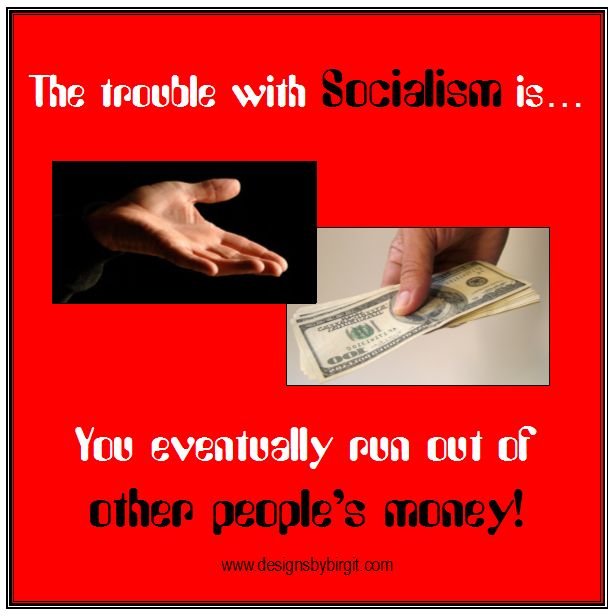 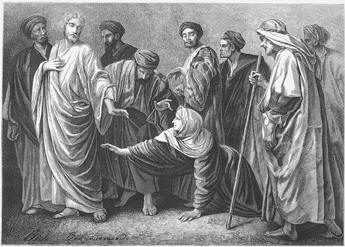 I heard a homily the other day that began with the Gospel of the woman with the hemorrhage touching Christ and being healed by her Faith. The homilist continued speaking about how this woman was rejected by society, yet Christ stopped in His “important” mission to heal the synagogue leader’s daughter to seek the woman out. This appropriately highlighted the importance of Faith in Christ for our healing by spiritually and physically. This also highlighted Christ’s concern for those “thrown away” by society. The homilist continued in this vein saying that Christ scandalized the Apostles by turning His attention to this ‘nobody’ instead of focusing on the ‘somebody’ important. Yet, almost immediately after making these points, the homilist diverged into a discussion of “social justice” under the guise of socialism. While it is true that Christianity (including the Church) calls for Christians to give to the poor and less fortunate, it is meant as a choice for each individual.

.
Socialism is conscription, a disallowal of free will. By legislating and forcing the “distribution of wealth”, much of the good of helping our less fortunate brethren is lost. When God created the world and man, He could have eliminated a lot of hassle by eliminating free will. Yet, it was important to God that we choose to love and obey Him. Prior to Creation, God had the angels He created to give Him His due honor and glory. Yet, their unquestioning adoration was not what He desired. His desire was for man to gift Him with their love, adoration, and obedience. With socialism, giving out of the goodness of your heart in a desire to do God homage is next to impossible. Your “donation” has already been evaluated by the government and “redistributed” to the less fortunate. While it is still possible (and expected) to give from your heart under socialism, the giving seems grudging.
.
Forced compliance historically engenders ill-will at worst, and lackadaisical responses at least. Conscripted armies of the past were routed by smaller, less equipped, volunteer forces. England conscripted sailors during the Revolutionary war. The “red-coats” obviously lost that battle. Drafted soldiers in more recent conflicts “dodged”, “conscientiously objected”, or even deserted. The only times that conscription seems to work is when fear is at the root or insurmountable numbers. While war is obviously an extreme example of conscription, it is a fitting analogy for our battle for souls (our own and our brethren’s). We are called to be warriors for Christ. Also, we are called to fight for the less fortunate by Christ himself. Part of this battle is in caring for our less fortunate brethren. If this battle is waged by legislative force instead of Christian good-will, the victory does not belong to Christians, but to the government.
. 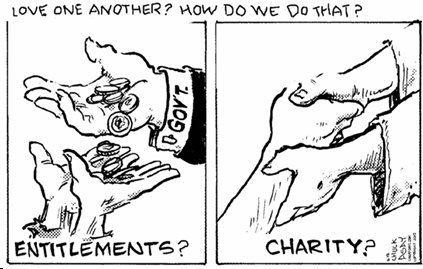 As Catholics, we have a lot of rules “forced” upon us, yet because God’s gift of free-will even these rules are truly voluntary. Once you reach the age of reason and choose to remain in (or leave) the Church, it is your choice. While there are some “cafeteria” Catholics who pick and choose which doctrines, dogmas, and “rules” to obey, the basis of the Catholic faith is obedience to all the Church’s teachings. Christ taught us, through His obedience unto death, that unconditional obedience to God is our objective. Catholics believe that Christ put a hierarchy into place when He told Simon Peter that he [Simon Peter] held the keys to the kingdom and later when He exhorted the Twelve to go out and make disciples of all nations. The very nature of all Christianity is adherence to God’s will. Unlike our nation, Catholicism is not a republic or democracy; it is a Theocracy. Even with this fact, we are not forced to obey the rules in order to remain in the Church. Instead, we are asked to give our obedience to God through obedience to His Church. This, again, is free-will that magnifies the glory of God. Freely given obedience trumps forced obedience every time.
.

“wealth redistribution”) upon all in the nation, they are not following the spirit of God’s law. The spirit of God’s law is always of love freely given, never forced. Catholics are fond of arguing that the ends do not necessarily justify the means. In the end, legislation of “wealth redistribution” and freely offered charity beget the same things. However, the means of lifting up the less fortunate is important to Catholics and, most importantly, God. Forced charity, much like forced displays of affection, lacks an undefinable something. Whereas, charity freely given, not only benefits the recipient, but also, again most importantly, glorifies God. Through this glorification of God, the giver is also lifted up in God’s eyes. So, while offering my less fortunate brethren a hand up is a truly Christian objective, socialism, or forced charity, is not a justifiable means of enacting this moral objective. In other words, to offering charity of our own volition should be our goal, not forcing this charity upon one another.

+   +   +
CARITAS IN VERITATE – Encyclical letter Caritas in Veritate of the Supreme Pontiff Benedict XVI to the bishops, priests and deacons, men and women religious, the lay faithful and all people of good will on integral human development in charity and truth.