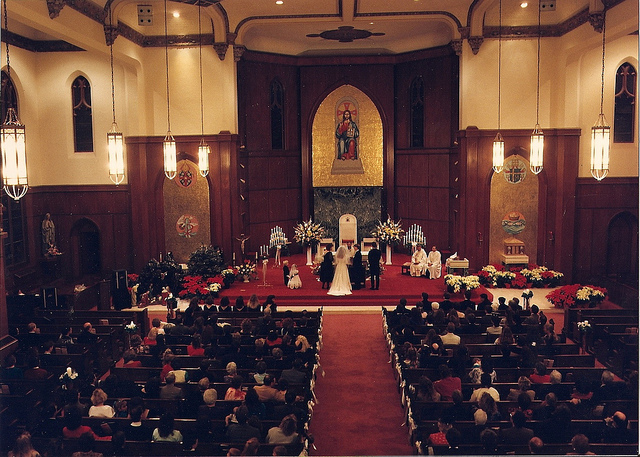 In the past 50 years, the Catholic Church has struggled to properly catechize and evangelize many of its own members. I have met far too many former Catholics, who self identify themselves as “recovering Catholics.” Recovering Catholics often cite a lack of encounter with Christ, hollow spirituality, or disagreement with the moral teachings of the Church as their reasons for leaving. Most will also tell you that they were approached by a member of a Christian church and that is where they fell in love with Christ and embraced their Christian faith. When Christ is encountered and the love of God is presented in a real, personal way, your life will never be the same. Often, adult faith formation classes focus on secondary elements assuming that the faithful have already been evangelized and received the Good News, but quite often this assumption is not correct.

Based on my personal experience, we need to do a better job evangelizing our members, many of which were born Catholic and received the sacraments of Baptism, Holy Communion, Confirmation and sometimes Matrimony and the associated sacramental preparation. Receiving the sacraments has a supernatural reality, but it needs to be complemented with the practical

aspect of growing in holiness to be fully effective within the life of the Christian. While each sacrament imparts many supernatural graces, if the individual Christian is not open to receiving that grace due to a life of sin or a lukewarm faith (i.e., a dead spiritual life), no visible change will take place after receiving a sacrament. The graces lie dormant until the individual makes a conscious decision to respond to the love of God.

The Catholic Church has educated many many people in the faith. Countless Catholics have memorized prayers, prayed rosaries, attended Mass every Sunday, and learned the moral teachings of the Church through religious education, but despite all of this knowledge and the practice of pious activities, there are still many who have not been evangelized and encountered the Father, Son and Holy spirit in a real and personal way.

I received the sacraments of initiation, attended Catholic Schools all my life, took part in the weekly Mass, but it wasn’t until I was 27 that I was evangelized. Admittedly, this was in large part due to my own personal failings. I wasn’t evangelized through my parish, rather it was a combination of a 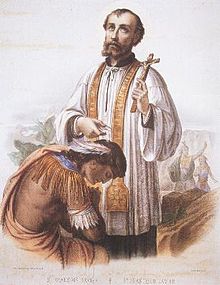 holy deacon and a series of novels written by a lay Catholic evangelist. After this sequence of events, I saw the Church in a new light and I would never be the same. The Mass, the Eucharist, the Sacraments, all made sense now. I better understood all the pious practices performed by my grandmother and how effective her prayers for me had been.

At one point in the history of Christianity, the responsibility and duty to pass on the Faith to young Catholics resided within the family. Mom and Dad rightly felt a responsibility and duty to pass on their beloved faith. The Faith is transmitted by people, not institutions or catechetical programs. If you encountered Christ in the Catholic Church it was probably not through religious education classes or even attendance at Mass on Sunday. It was through your family, a holy priest, religious sister or RE teacher. But despite the presence of holy priests, religious sisters or RE teachers in a parish, if someone is not open to God’s love (either due to being in a state of serious sin or just an apathetic relationship with God), they may not even notice these holy people and respond to God’s call being transmitted through them.

The Year of Faith

Thanks be to God, many cultural Catholics have been evangelized by members of other Christian communities. The Lord is the hound of heaven and ardently desires to show each person His love and gather all peoples to himself and He will use any means necessary to do so.

Pope Benedict XVI has declared a year of faith beginning in October of this year. In his apostolic letter, “Porta Fidei”, he writes, “The Year of Faith…is a summons to an authentic and renewed conversion to the Lord”. The Pope calls the faithful to renew themselves in the faith, by prayer and study aided by the Church. Each Catholic who has the gift of faith and leads an active life within the Church is called to share that faith with their fellow Church members. 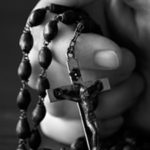 This could be as easy as meeting someone after Mass who you have not yet met, attending an activity at church during the week to serve the poor, faith formation for youth or other adults. It could also be to meet your neighbors and get to know them and share reason for your hope (1 Peter 3:15), you might encounter a lapsed or former Catholic who was not evangelized and may even be angry with the Church for its failings. We are called to share our faith with others, it is not a private matter, Jesus told us to go out into the whole world and share the good news (Matt 28:19).

If you are a “recovering Catholic”, I personally apologize that you were not given the fullness of truth and I ask for your forgiveness. Consider taking an objective look at the claims of the Catholic Church. It is the Church that Jesus founded on the rock of St. Peter and despite all its flawed members, the teachings of Jesus Christ has been preserved for 2,000 years and Jesus himself is waiting for you in the Holy Eucharist in the tabernacle of every Catholic Church.